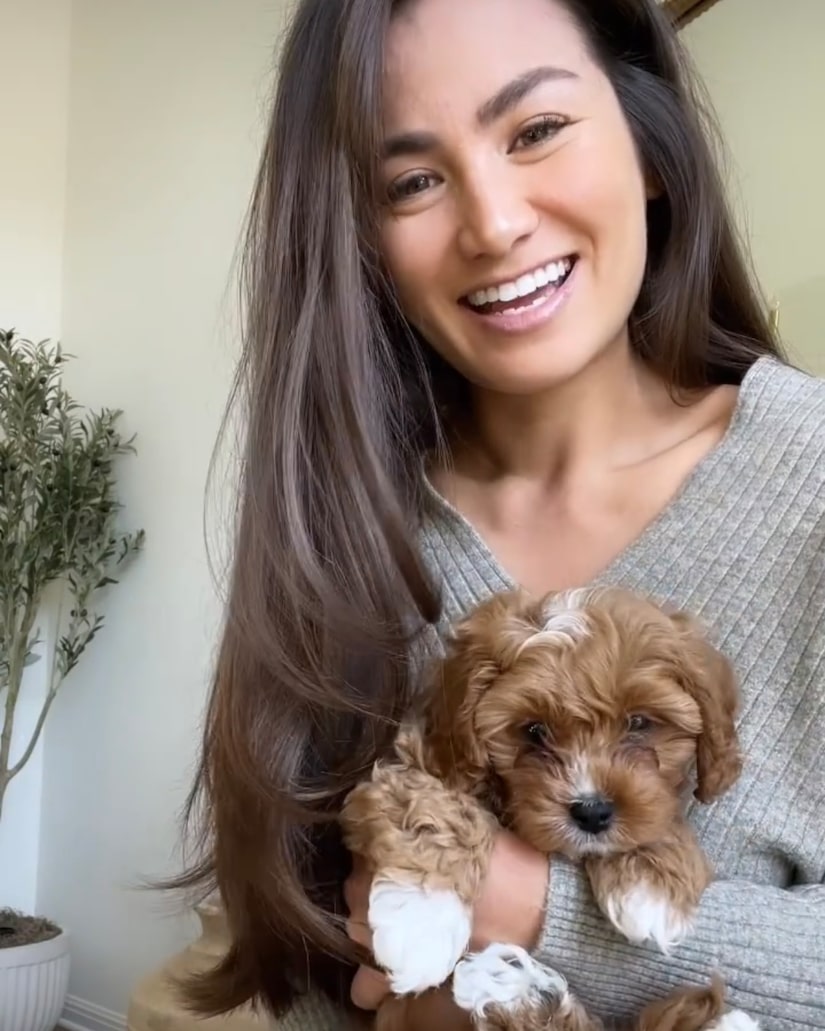 Bachelor Nation star Caila Quinn Burrello and her husband Nick have officially entered the world of parenthood, welcoming their sweet 3-month-old puppy Ash to the family.

After documenting her travels from New York City to Salt Lake City to pick up her fluffy bundle of joy, Caila introduced Ash to her Instagram followers in a sweet reel she captioned, “Meet our little guy.”

She also revealed that Ash is a Cavapoo (a cross between miniature poodle and a medium-sized Cavalier King Charles spaniel) and that he was born December 27, 2021.

Caila referred to Ash as her “little nibbler” via her Instagram stories, telling fans that she is gearing up to take Ash to his first vet appointment.

Caila also revealed that she and Nick are already in full training mode, and that Ash has been doing well so far.

“We’re grass training him, not on pads. So I take him out every 45 minutes to make sure that he doesn’t have to pee or poo in the house. He’s been a really good boy. He hasn’t really had any accidents yet,” Caila said. 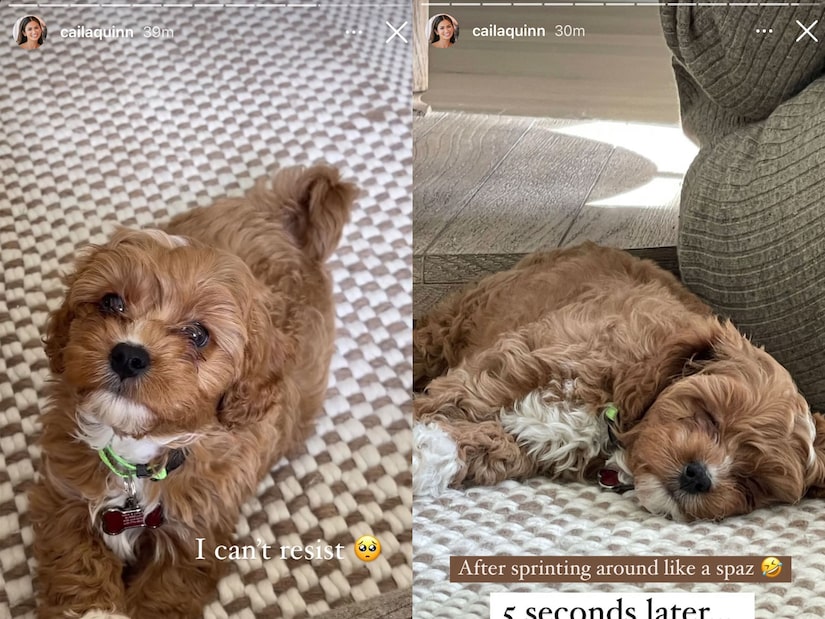 However, she couldn’t help but laugh over the fact that Ash has managed to cause trouble in other ways.

“The only trouble he’s caused is all the things he’s eaten in the house! I don’t know if I’ll have any sweaters left by next year,” Caila joked.

But with piercing puppy eyes and a face like that, it seems nearly impossible to stay mad for too long!

Congratulations to Caila and Nick for giving Ash his fur-ever home!