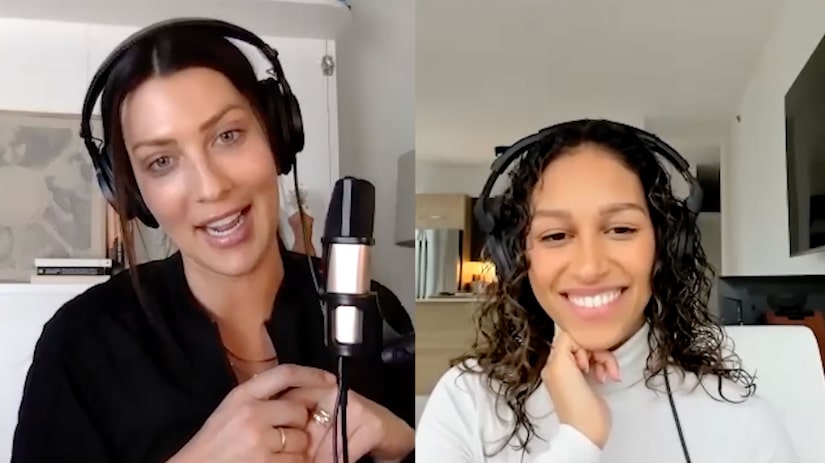 One down, two to go…

What was supposed to be a night of fantasy quickly turned into a night of farewell after Clayton Echard sent Susie home when she told him she was unable to continue her journey on “The Bachelor.”

Bachelor Nation was shocked upon tuning into the penultimate episode when Susie revealed she couldn’t get past Clayton sharing his love and intimacy with two other women, and Clayton ultimately decided to call off any possible future together.

Emotions are now running high and anything could happen during next week’s season finale should Clayton choose to continue his journey to finding love.

This week on the “Bachelor Happy Hour” podcast, co-hosts Becca Kufrin and Serena Pitt discuss what they think will happen in next week’s episode and whether Susie might come back to work things out with Clayton.

Serena said, “I don’t know 100 percent if that’s the last of [Susie] we’re gonna see or not. It felt like a very unfinished note to end on, but she also seemed very decided, so I think it could be that she’s on her way home.”

While Gabby and Rachel were still beaming over their Fantasy Suite dates, Serena felt as though Clayton had the strongest feelings for Susie.

“I think it’s really gonna come down to if Clayton says, ‘Screw it, it was Susie and I’m done with this whole thing,’ or if he’s gonna try to push through. We still have Gabby and Rachel. He was screaming to them how much he loved them, so I would love to see him with someone at the end of this. I want him to find love,” Serena admitted.

Becca also sounded hopeful that Clayton would continue his journey with one of the other women he claimed to be falling in love with.

She added, “What I’m gonna say is, he left us with some faith. He basically said, ‘I have to have faith at the end of this that it’s all gonna work out and that everything happens for a reason.’ Because he said that, I have to think he still ends up with one of these women.”

Both Serena and Becca felt like Rachel was the front-runner throughout the entire season. Becca stood firm on Clayton’s selection following Susie’s departure, and even dished on who she’d like to see as the next Bachelorette.

“I have to say just based on just what I’m seeing as a viewer, I would skew toward Rachel and would selfishly love to see Gabby as Bachelorette.”

Find out where Clayton’s heart lies during the dramatic season finale of “The Bachelor,” airing next Monday, March 14, at 8 p.m. ET.

To hear more of Becca and Serena’s conversation on the “Bachelor Happy Hour” podcast, plus a special LIVE “Women Tell All” segment, check out the full episode below.