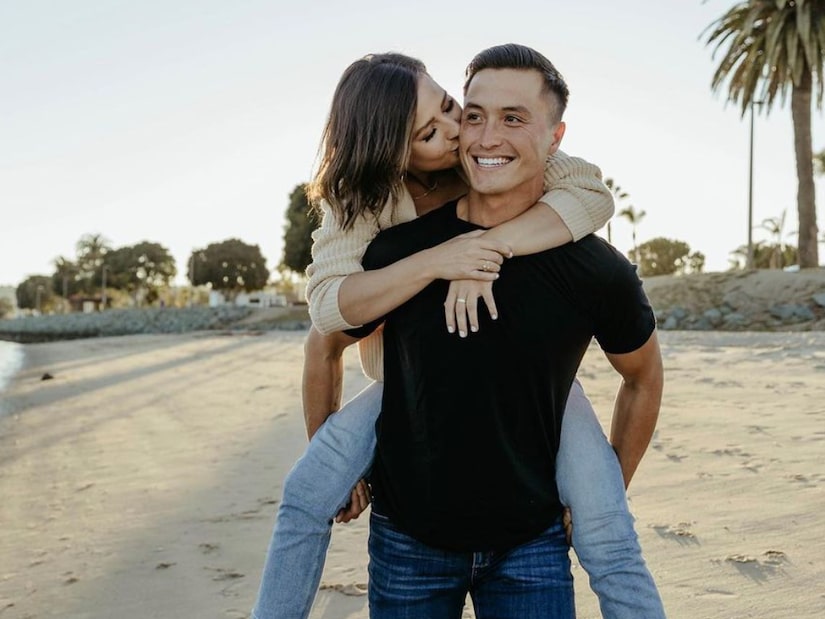 Katie Thurston and John Hersey first met on Season 17 of “The Bachelorette.”

While Katie left the show engaged to Blake Moynes, the two split up not long after the show finished airing.

And since her engagement with Blake ended, Katie reconnected romantically with someone else from her season.

While John and Katie had stayed friends since their time on “The Bachelorette” together, the two announced their romantic relationship in November 2021.

John might have been eliminated during Week 2 by Katie when she was the Bachelorette, but he still looks back fondly on that experience.

This week, John took to Instagram to celebrate it being exactly one year since he first met Katie.

Alongside a photo of him receiving his one and only rose from Katie on “The Bachelorette,” he wrote, “It is mind boggling to think that it has been exactly 1 year since this evening. Contrary to what @thekatiethurston says, I’d absolutely have believed I could be right here in this moment.”

John continued, “Thank you to all of you who have joined me in this journey this past year. I am so grateful to have been surrounded by such a supportive and positive community. With so many adventures on the horizon, I can’t wait to bring you all along!”

He also took to his Instagram Stories to share his limo exit and wrote, “365 days since I forgot to introduce myself by name, was scared I’d trip up those wooden steps, almost got list on the walkway up to meet the guys, and had to turn around to get one last glimpse of your beautiful face.”

The Bachelor Nation star added that he’ll always be excited about receiving his first and only rose from Katie.

The former Bachelorette commented on her boyfriend’s post, writing, “Sorry to all the bachelor brackets we f**ked up. We owe you one!”

Katie and John are now enjoying their lives together in San Diego alongside their adorable pets.

We can’t wait to see what the future holds for them in this next year! 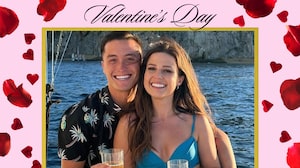