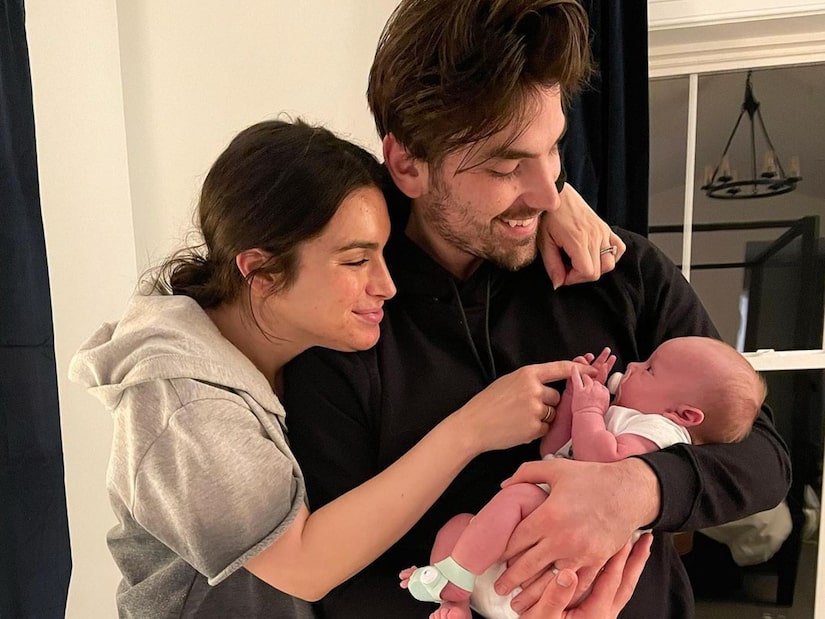 The two first met on Season 2 of “Bachelor in Paradise” in 2015, and after many ups and downs, surprise announced their relationship in 2018.

They then got engaged on Season 5 of “Bachelor in Paradise” and tied the knot in August 2019.

Now, the fan favorite couple just welcomed their first child together, and Ashley stopped by the “Talking It Out with Bachelor Nation” podcast to discuss all things new parenthood.

Co-hosts Bryan Abasolo and Mike Johnson asked Ashley what it’s like seeing Jared as a father, and Ashley couldn’t stop gushing about her husband.

She said, “It’s so dreamy seeing Jared as a father. He’s just as good at it as I thought he was going to be. He’s so good with babies.”

Ashley shared, “The first two weeks after giving birth, I was recovering and I could barely sit up. It really hurt — we can leave it at that. And Jared would do so much of the work, like getting up to get the bottle and changing almost every single diaper. I only changed, like, two or three diapers total in the first two weeks because he was doing all of them.”

Seeing Jared so naturally step into the role of dad has made Ashley emotional, which is no surprise for longtime Bachelor Nation fans.

“There’s been a lot of tears the first couple weeks about how he’s so perfect and how I got so lucky with him. It made me worry that something bad could happen because life can’t get any better than this. So yeah, Jared is such a good dad. He has so much fun with Dawson and he’s so hands on. He would even like to be changing more dirty diapers. He’s amazing,” she said.

Bryan and Mike shared that they both hope to be parents one day and asked Ashley if she had any advice for the two of them.

The new mom said, “It comes naturally. You just know what to do. I was so freaked out. I was worried I wouldn’t even like the kid because I had such a horrible pregnancy. But you just figure it out, and it’s really simple right now. All he does is eat, sleep, poop, and cry for no reason. We’ve pretty much figured out how to calm him down, though.”

And when it comes to things like getting enough sleep, Ashley said that people really freaked her out that it would be worse than it is.

Congrats again to Ashley and Jared on their adorable baby boy Dawson! To hear more of her conversation on the “Talking It Out with Bachelor Nation” podcast, check out the full episode below. 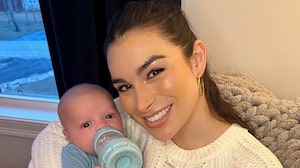 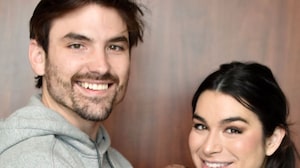