Bachelor Nation fans know that the “Bachelor Live on Stage” tour is on the road!

The show has been touring for around a month and still has around 20 more stops around the country, including major cities like Los Angeles, New Orleans, Las Vegas, Salt Lake City, and more.

And while Becca Kufrin is hosting the show and James Bonsall, Rick Leach, Connor Brennan, Ivan Hall, Justin Glaze, Andrew Spencer, and Rodney Mathews are joining her, fans might not realize that those aren’t the only Bachelor Nation stars onstage.

Sydney Lotuaco, who first appeared on Season 23 of “The Bachelor” and later returned for Season 6 of “Bachelor in Paradise,” is also touring with the “Bachelor Live on Stage” show.

Sydney is a dancer on the show and has been sharing photos with Becca and the other fellow Bachelor Nation stars on social media since they hit the road.

And now, she just took to Instagram and TikTok to share a video about what a day in the life of being a dancer on the tour is like.

Sydney shared everything from what it’s like to sleep on the tour bus and what rehearsals look like to how she does her hair and makeup and more.

Check out Sydney’s full video of her tour experience below!

And click here if you want to see the “Bachelor Live on Stage” show in a city near you. 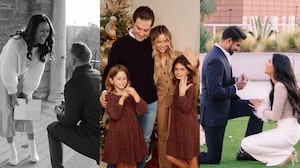 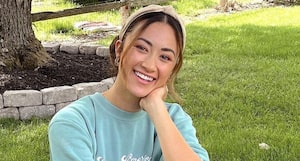