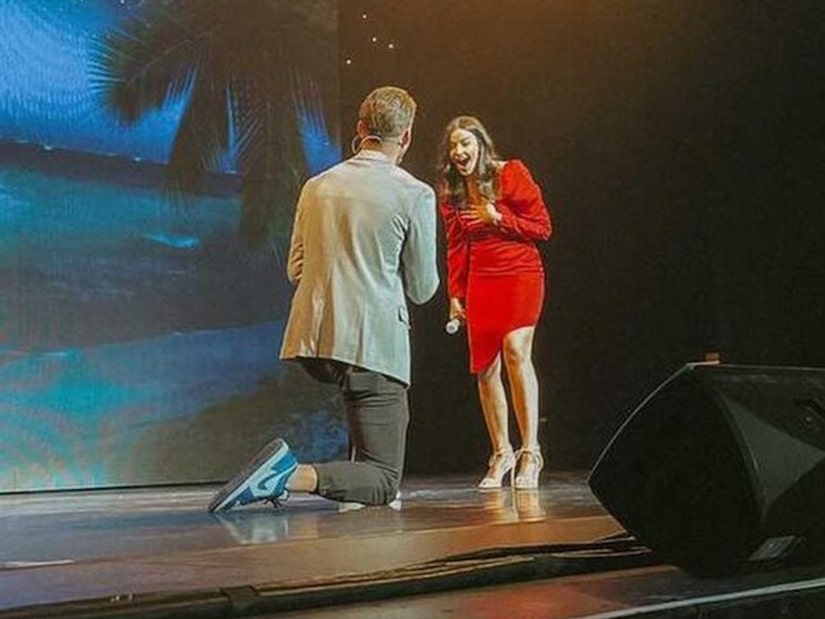 Taylor got down on one knee and popped the question last weekend at the Atlanta, Georgia, show of “The Bachelor Live on Stage” tour.

Now, Taylor joined in on this week’s episode of “Click Bait with Bachelor Nation” so they could chat about their engagement with Tia’s co-hosts Joe Amabile and Natasha Parker.

The couple shared that they have officially been together for nine months, but they’ve known each other for over a year.

They revealed that they started discussing getting engaged a few months ago after they moved in together, and Taylor had recently asked Tia what kind of ring she’d want.

Once she sent him a photo, he wasted no time going to a jeweler to get the process started.

Taylor shared, “I only got the ring two weeks ago. It was burning a hole in my pocket pretty quick. Initially I got pricing and everything for it and told the jeweler it was going to be around a six-month process. But I saw the center stone and loved it. The jeweler said she didn’t know when they’d have a stone like that again and I wanted that one, so I pulled the trigger, and then it was only two weeks until I had the ring.”

And because they already live together, Taylor said he was hiding the ring from Tia in their house, and it became more and more difficult not to just propose.

“Once I got the ring, I knew there was no way I was lasting six months. I was literally going to propose after we ordered Chipotle, like, literally put the bag down and get down on one knee,” Taylor shared.

And then Taylor shared the story of how he decided to propose onstage during the Atlanta show.

He said, “‘Bachelor Live on Stage’ wasn’t the original plan. I was going to wait around four months and do it on a rooftop in Nashville. But Caroline Lunny was helping me and giving feedback on the ring, and she told Becca about it. The next morning, I got a random call from Becca asking if I’d do it on a ‘BLOS’ show.”

Taylor went on, “Tia’s mom gave me only one request and that was to surprise Tia. She’s never surprised. She ruined her own surprise birthday party at 14 years old. But I fooled her! We were already planning on going to the ‘BLOS show,’ and I knew she would be fully ready with her nails done and in a dress. I called her mom and her mom said, ‘Hell, yeah!’”

And Taylor thought that getting engaged during a Bachelor franchise production would be meaningful for Tia, saying, “I thought it would be cool to close this chapter of Tia on the Bachelor franchise by proposing during the show. Obviously, she’s still doing the podcast, just not looking for love.”

Tia said Taylor was successful in surprising her and she couldn’t have been more excited.

The Bachelor Nation star shared, “I couldn’t breathe! I’ve never been more shocked. I did not expect it for one second.”

Congrats to the happy couple! We can’t wait for the wedding.

To hear more of Tia and Taylor’s conversation on this week’s “Click Bait with Bachelor Nation” podcast, check out the full episode below. 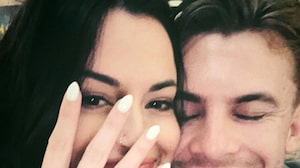 Tia Booth Gets Engaged to Taylor Mock During ‘Bachelor Live on Stage’ Show — See Her Ring!