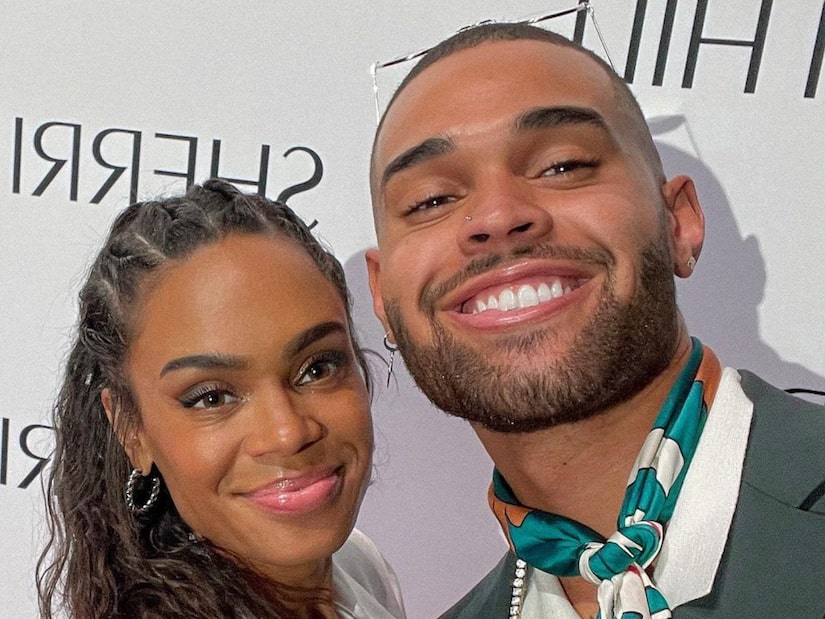 Taking the next step!

Michelle Young and Nayte Olukoya got engaged on Season 18 of “The Bachelorette,” and now, the two are discussing their plans to move in together on “Bachelor Happy Hour.”

On this week’s episode of the podcast, Michelle and Becca Kufrin had their partners Nayte and Thomas Jacobs on for an adorable double-date episode.

During their chat, Becca asked Michelle if she and Nayte have started to talk more about moving in together.

Michelle said, “I feel like us moving in together is the burning question. Every time I do a Q&A, everyone asks why we haven’t moved in yet. Really, it’s just that we’re trying to figure out where we want to be and what location we want to be in. It’s just a constant, ongoing conversation about what next year is going to look like for me.”

The former Bachelorette went on, saying, “Am I going to be in the classroom or am I going to try to do something outside the classroom? And for him, he’s working remotely right now, but they may be going back into the office. So we’re taking both of our jobs into consideration, and once the school year is done, I’m going to have a better idea of where I’m going to be, then we’ll figure it out together.”

Becca suggested that the two of them should move to San Diego to be closer to her and Thomas and even Rodney Mathews, Nayte’s BFF from “The Bachelorette.”

Michelle said it would be really fun to live in San Diego but joked that she would never see Nayte if they lived that close to Rodney because the two of them would be hanging out all the time.

Becca shared that she and Thomas are moving to New York for three months, but after that they are planning on buying a house together in San Diego.

Thomas said they’ve already found a place they love and they are really excited about their future together in California.

And while Thomas and Becca are set on San Diego, Nayte discussed how in addition to moving in with Michelle, he’s looking at buying real estate in the metaverse.

“That’s where our gift from the franchise is going — no to a real house, but to a house in the metaverse. For legal reasons, this is a joke!” Michelle joked.

But the two agreed that San Diego would be a fun place to live! Time will tell where Michelle and Nayte land. We’re just so excited for the future for both of these adorable Bachelor Nation couples.

To hear more of their conversation on this week’s “Bachelor Happy Hour” episode, check out the full podcast below. 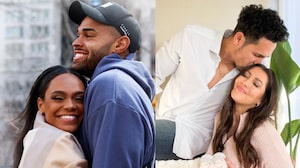 Michelle, Becca, Nayte & Thomas Reveal What Names They Are Banking for Their Future Children! 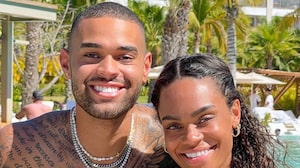 Michelle Young Reveals Her Favorite Thing About Nayte, Plus: The Reason Behind How She Wears Her Ring