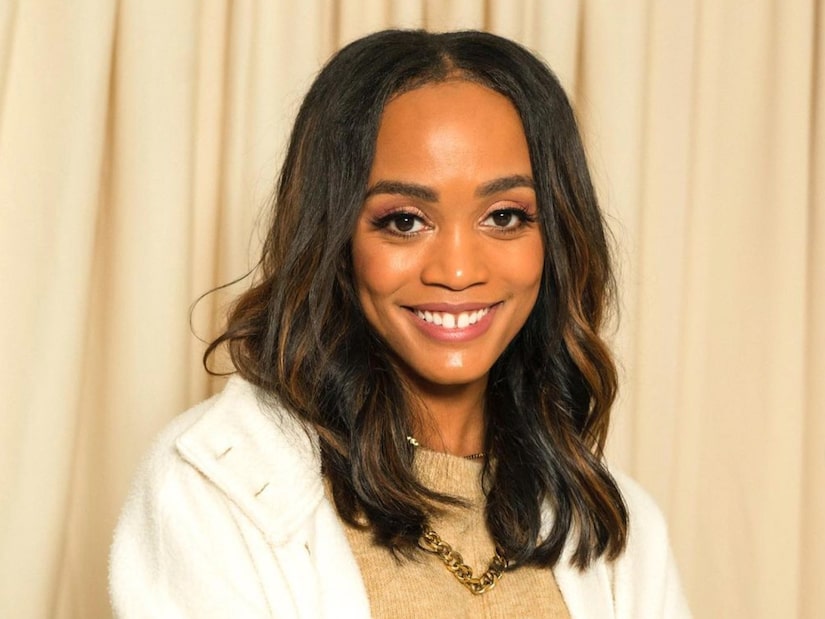 Former Bachelorette and current TV and podcast host Rachel Lindsay stopped by “Talking It Out with Bachelor Nation.”

As fans know, Rachel found love with “Talking It Out” co-host Bryan Abasolo on Season 13 of “The Bachelorette.”

The two got engaged on the show and were married in Cancun back in 2019.

Now, Rachel joined in for this week of Bryan and Mike Johnson’s podcast for a candid discussion about everything from her book to her career as a red-carpet reporter to her relationship with Bryan and more.

During their conversation, Rachel, who was the first Black Bachelorette, talked about the importance of representation in the media.

She said, “I am so big on representation period, not just for my own journey. I know what it’s like to be a young Black girl and to feel like you don’t see yourself represented in a certain way. Black woman have to be one way when they’re on TV, one way in a music video, and one way in the media, period. So to see someone like Kamala Harris or Ketanji Brown Jackson be the first and take on these roles, you can’t underestimate what it does for a young child who’s sitting at home and sees that.”

Rachel went on, “Those children now say, ‘I know I can,’ not ‘I believe’ or ‘I dream I can,’ but ‘I see I can.’ You can’t take that away from someone, and that goes beyond the Black community. I’m just using that as an example because that’s my personal experience. To see yourself on a screen is everything.”

The TV host emphasized, “It’s so important that young kids not only believe and dream but see.”

And while the impact shifts as we get older, Rachel knows how important it is for those young, impressionable minds.

She explained, “I know as we get older, we lose that impact and how important that is for another generation that’s watching. When we do what we do with podcasting or on TV, we don’t always see who’s on the other side of that and who’s watching that. Those are people that look like us and they’re eager to see themselves represented.”

And Rachel discussed her own journey with finding representation in her own life.

She said, “I talk about this in my book, and I always say my dad was one of my first role models because as a young child, I saw my dad break down barriers and be a first in his own career. It gave me hope and inspired me that I could break down walls as well.”

She continued, “At that age, I was reading history books and didn’t see myself represented outside of Dr. Martin Luther King Jr. or Rosa Parks. We didn’t study us in the same way, so to have someone in my family that represented that meant everything to me. I know how impactful it can be.”

To hear more of Rachel’s conversation with Mike and Bryan on the “Talking It Out with Bachelor Nation” podcast, check out the full episode below. 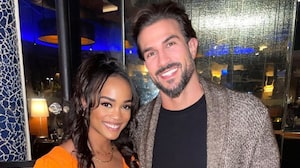