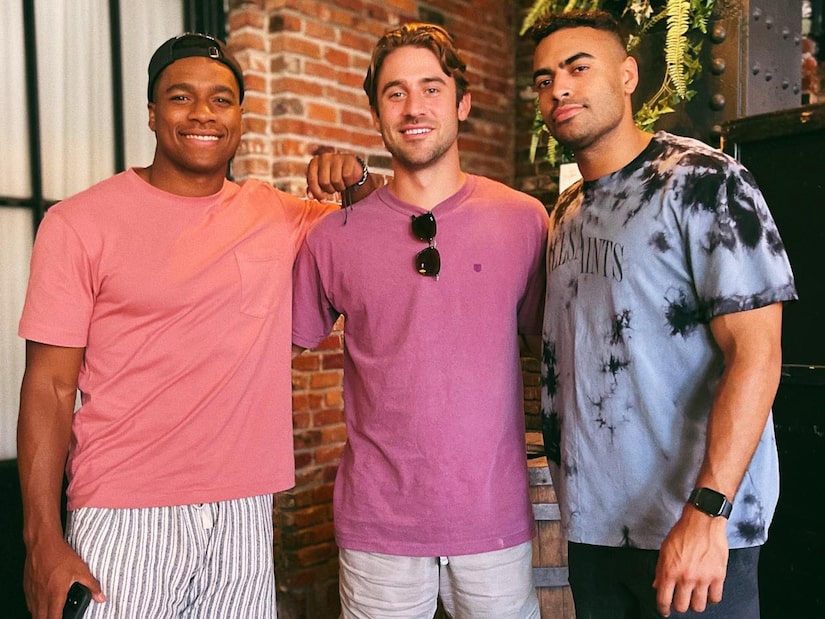 Could Justin Glaze be hitting the beaches of “Bachelor in Paradise” this summer?!

The Bachelor Nation star first appeared on Season 17 of “The Bachelorette,” and while things didn’t work out between Justin and Katie Thurston, fans have been hoping to see him on the beach this summer.

If you’ve been keeping up with Justin, you know that he’s very close with many of his “Bachelorette” castmates, like Andrew Spencer, Greg Grippo, Mike Planeta, and others.

So when Justin stopped by the “Click Bait with Bachelor Nation” podcast, co-host Joe Amabile asked what would happen if Justin and one of his friends were interested in the same girl in “Paradise.”

Justin said that while he still doesn’t know for sure if he’s going to “Paradise,” he’s all about honest communication.

The Bachelor Nation star said, “I don’t know what that dynamic is like yet. Honestly, I am in a different position because if I were to go, there’s no one single person I’m keyed in on. That may be the case for other people, but for me, I always want to have respectful conversations with my friends.”

Justin continued on, saying, “So if he’s telling me that he’s super locked in on someone, I wouldn’t come down and swoop them day one. That being said, it has to go both ways. As time passes, if me and that girl naturally gravitate towards each other, another conversation has to be had. The intent from the beginning may have been for them two, but I would say where I’m at and how I’m feeling. It’s all about communication and knowing how ‘Paradise’ works.”

And while some of his friends have expressed interest in some of the Bachelor Nation women, Justin said he’d be going in super open-minded.

He said, “I’m not a fan of people claiming someone else. I think that’s kind of weird. People are going to choose who they want to be with. You can’t call dibs on anybody. You gravitate towards who you gravitate towards, and that’s how it works.”

And Joe agreed with Justin that that’s the best way to go into it, sharing that he never went into “Paradise” with his eye on just one person.

Justin said, “Sometimes if you have your eye set on one person, if it works out great, but I also think you may be limiting yourself by only focusing on one person. You could be neglecting another great opportunity around you because you have horse blinders on.”

Can’t wait to (possibly) see Justin on the beach this summer and see how it all unfolds for him!

Until then, check out his interview on “Click Bait with Bachelor Nation” below. 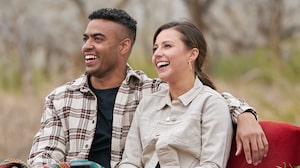