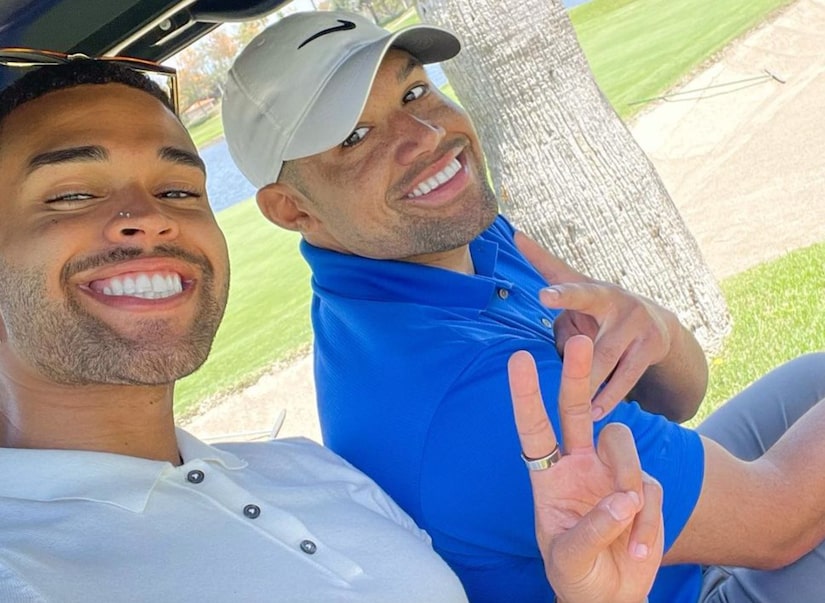 As Bachelor Nation fans know, Michelle Young and Nayte Olukoya found love and got engaged on Season 18 of “The Bachelorette.”

And while Nayte found love with Michelle, he also found a bromance with his Bachelor Nation BFF Rodney Mathews.

Now, Nayte, Michelle, and Rodney all hang out together frequently and remain close friends, despite the fact that Rodney was also vying for Michelle’s heart on “The Bachelorette.”

Rodney and Nayte joined Michelle on this week’s episode of “Bachelor Happy Hour,” where Rodney opened up about how their friendship dynamic works even though he’s technically one of Michelle’s exes.

Michelle said she gets messages all the time when she posts with Rodney and Nayte and Rodney cleared up any confusion about their friendship.

He said, “For me, I look at our experience as a whole. We all met the same night and I truly think everything happens for a reason. Even watching back the show, Michelle I knew you and I would be cool no matter what, but seeing the spark and connection that you guys had was clearly different. I lived with Nayte throughout the process and so I’d come back from a date and would be excited, but Nayte would come back from a date and say it was the best time ever and that he was so happy and that he and Michelle were a wrap.”

Rodney went on, saying, “In the moment I knew I wasn’t on that level even though we were having a good time. At the end of the day, I knew that no matter what, I wanted Michelle to be happy, and while living with Nayte 24/7, I got to learn so much about him. The more I looked at it, I knew you made the best decision for you, and I respected your decision because I respect you and wanted you both to be happy.”

And while some people may not understand how Michelle and Nayte could be so close with one of Michelle’s exes, Rodney said the dynamic works for them.

The Bachelor Nation star said, “It’s the craziest thing. I never thought I’d go on the show where I was searching for love and come out with my brand-new best friend and brother. It’s a crazy world that we live in. When people ask questions about it, it’s always funny, because we know our dynamic and it’s okay. At the end of the day, maturity and respect are why I am able to be so close with both of you. You give me advice and I talk to Nayte every single day just like we did when we lived together back at the hotel.”

To hear more of Michelle’s conversation with Rodney and Nayte, check out the full episode of “Bachelor Happy Hour” below.

Waiting for your permission to load Spotify show. 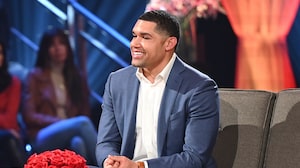 Rodney Gushes Over His Friendship with Michelle & Nayte, Plus: His Reaction to Clayton as the Bachelor 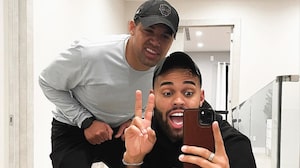