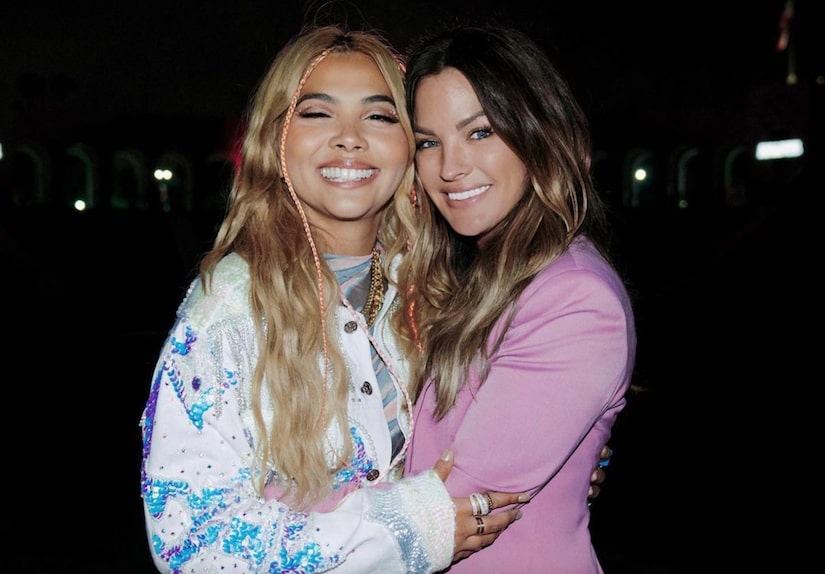 LGBTQ+ Pride Month is celebrated every June to honor and commemorate the 1969 Stonewall Uprising in New York City, which was a major tipping point for the LGBTQ+ movement in the United States.

Now, as we honor Pride Month, we are celebrating that Bachelor Nation star Becca Tilley and singer Hayley Kiyoko confirmed their relationship in Hayley’s music video “For the Girls.”

The two just did their first joint interview on an Amazon Livestream, where they discussed everything from what the support of Bachelor Nation means to them to what they love most about each other.

Becca started off the stream by saying, “We’re excited to be celebrating pride as a couple out and about with you all. We’ve been out in our lives, but this is really special.”

And her girlfriend Hayley chimed in, adding, “I’ve been so proud of Becca and I’m so happy that we get to share our love with you all. This is our first live together, which is weird because we’ve been together for four years, but here we are!”

The couple asked each other questions back and forth and opened up a lot about their relationship.

Becca discussed the moment they decided to go public with their relationship, saying, “I think that there had been conversations and I had been posting Hayley a little more sporadically on social media and talking about her on the podcast. If you listen to my podcast, I had a nickname for her, which was 95P. I never used pronouns, which was really hard and I got to a point where I felt so much support and love. When we talked about me being in the music video, it felt like a natural progression for us to share our love story. It wasn’t a whole planned out thing, it just felt like the right time for both of us, honestly.”

Hayley shared that her Bachelor Nation themed music video was actually Becca’s idea and Becca shared how much Hayley loves the franchise.

She said, “Hayley is a huge Bachelor fan, which I found out early on in our relationship, which was a thrill!”

One fan asked Becca in the chat how Hayley has helped her love herself more and Becca got candid with her answer.

The Bachelor Nation star said, “I’ve always been very confident in who I am and I have always loved myself to a certain extent, but dating Hayley and coming to terms with my sexuality and being with a woman for the first time, there have definitely been some challenges and things that have made it complicated. Hayley is such a great example of someone who has fully embraced herself.”

Becca continued on, saying, “I’ve been a people pleaser my whole life, but Hayley is very much like this is me, take it or leave it. There’s something really beautiful and powerful about that. Being in a relationship with someone who thinks that way about themselves is a great example for me to embrace all parts of myself, even if they’re complicated or not accepted by everyone.”

Becca also opened up about how much the support from Bachelor Nation has meant to her.

She was surprised by the outpouring of love, saying, “I was just not prepared for the support from Bachelor Nation. I knew I was on a show where I was dating men and I had a certain image that people had of me. There was a lot of fear and hesitancy specifically around the Bachelor fan base and I honestly wish I would’ve given them more credit. Everyone has been so kind and supportive and loving. People were just rooting for me to find love and happiness, they didn’t really care who it was with.”

Then, the couple shared their favorite things about each other with Hayley starting off.

The singer said, “There are a lot of incredible things about Becca that I love. Her light is number one. Her light encompasses her heart and her faith and her compassion for people. She just has this light. I remember when I first met Becca, she was beaming. I was like I want to be around that person all the time. I’m getting emotional!”

After both Hayley and Becca got choked up from Hayley’s answer, Becca’s answer only made them more emotional.

Becca said, “My favorite thing about Hayley is how much she shows up for people. She is the busiest person I know and she is the first person who is going to show up for everyone that she loves. That’s such a beautiful quality. When you are able to make time for people when you’re that busy is such a beautiful thing. I watch her love her family and friends so much and it makes me want to make time for everyone in my life.”

She went on saying, “I also love that she’s a communicator, she’s made me want to be a better communicator and express my feelings. It’s been huge for my life and all of my relationships. We could spend the whole hour talking about things I love about Hayley but those are a few.”

How sweet! We love their love and can’t wait to see all that the future holds for this adorable couple.

If you’d like to get involved or donate to celebrate Pride Month, we’ve linked some resources below. 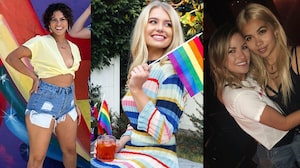 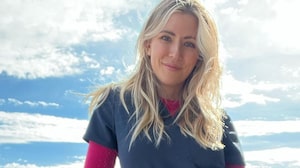