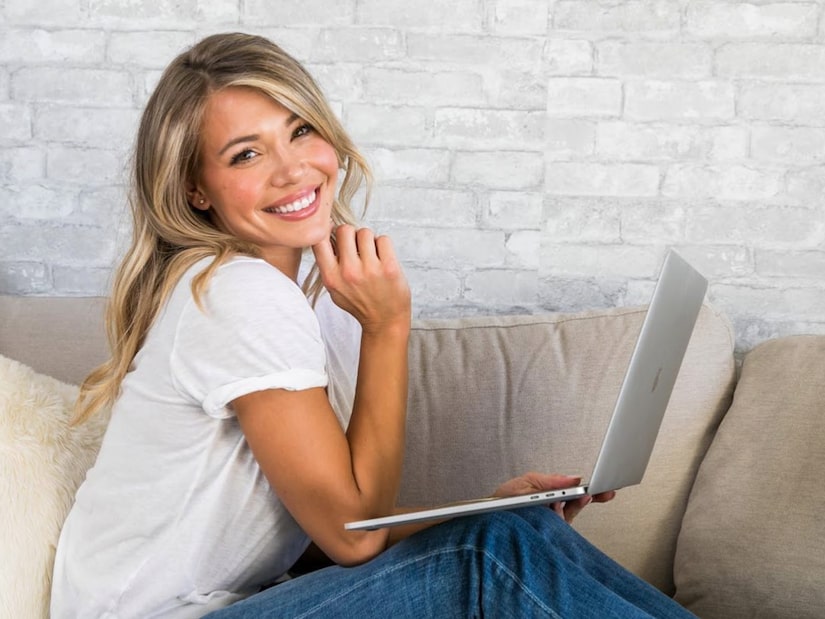 Fans first met Krystal Nielson on Season 22 of “The Bachelor,” and she went on to appear on Season 5 of “Bachelor in Paradise.”

In “Paradise,” Krystal found love and got engaged to Chris Randone. The two were married during Season 6 of the show in 2019.

In early 2020, they filed for divorce and went their separate ways and now, Krystal is opening up about that experience on the “Talking It Out with Bachelor Nation” podcast.

Co-hosts Mike Johnson and Bryan Abasolo asked Krystal what going through a divorce in the public eye was like.

She candidly said, “It was really scary. The first time I was on ‘The Bachelor,’ I was the villain. The ‘worst villain’ as Reality Steve said because I wasn’t mean, I was just made fun of. That was a whole process and I felt so much shame, rejection, unloved, and unseen for who I really was around that. It was so frustrating to know who I am but have this curated version, not me.”

Krystal went on sharing that, “Going into ‘Paradise,’ I was so excited to have a second chance. Looking back, there was so much to unpack there. In hindsight, it was a tough season of my life, but so beautiful because it became this mirror where I could really see where I was not being authentic. I was really hiding who I was because I thought people knowing the hardships about me, they wouldn’t love me because of it.”

Eventually, Krystal said she grew to learn that, “My imperfections are what make me beautiful, people can love me because of my hardship and for sharing that and opening up. I was able to see the beauty in being vulnerable and opening up.”

And a lot of Krystal’s insecurities amid her divorce came from how she was perceived on “The Bachelor.”

She explained, “The divorce was really tough because I felt that going on ‘Paradise’ and finding someone, there was so much love and attention. There was so much celebration around our relationship and I told myself that being in a relationship means I’m loved but by myself I’m a villain. Deciding to divorce, I was really afraid that outside of that relationship, I would be the villain again. I thought that I wouldn’t be loved or accepted and seen as a failure.”

The Bachelor Nation star said, “For a long time, we battled on if we were going to split and if we were going to be ready. It was really scary for both of us. It was really hard. It was on Valentine’s Day 2020 and then just a couple weeks later, the pandemic happened and everything shut down. That was really tough and I didn’t know what to say because I wanted to be respectful of my ex and honor both of our grieving of what was. Inviting the public in, because they were so invested in our relationship, was really challenging to navigate. I needed privacy, but still felt this duty to share that with all the fans of the show. It was really tricky, so I really pulled back for a while because I wasn’t sure what to say.”

And during that time in 2020 as the pandemic hit and Krystal had just gotten divorced, she also found out she was pregnant.

The Bachelor Nation star opened up about how difficult this time was for her.

She said, “There was a divorce that happened, there was a pandemic that happened, then I found out I was going to be a mom, so there was so much going on that I really just shut down. At the time, I stepped away from my business and there was a point when I was down to my last month of being able to pay my bills and I still had my staff running but not taking a paycheck. I was two months pregnant and there was so much stress and pressure, so I had to take a step back to reevaluate and rebuild.”

Krystal added that, “I’ve realized how much pressure I felt to perform high and do things so over the top to show that I was living it up. But really, it was very frivolous and wasn’t for the right reasons. As I was rebuilding my life and my family coming out of this pandemic, I just found what was important to me and where I wanted to put my time, money, and energy into.”

And she’s grateful now to be in a happy relationship with her boyfriend Miles Bowles, with whom she shares her daughter Andara Rose.

To hear more of Krystal’s conversation on the “Talking It Out with Bachelor Nation” podcast, check out the full episode below. 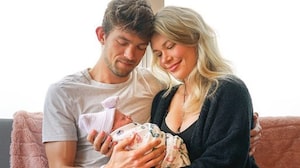 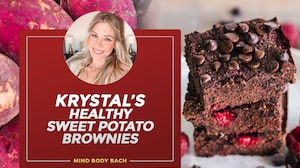