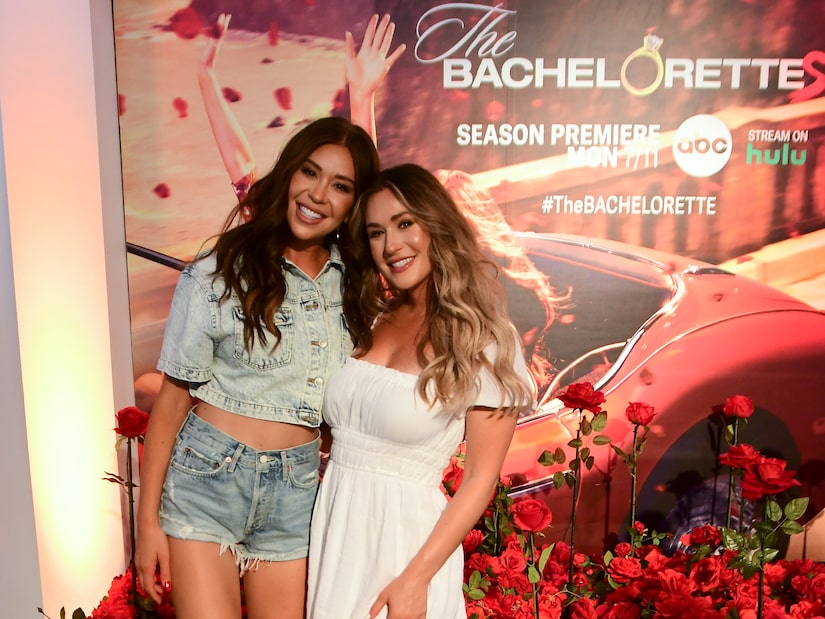 As we gear up for Season 19 of “The Bachelorette” to premiere next month, there has been conversation amongst Bachelor Nation about whether or not people are excited about the two Bachelorette format.

As fans know, both Gabby Windey and Rachel Recchia are both looking for love this season and are going on their Bachelorette journey side by side.

An entire season with two Bachelorettes has never been done before, so now, this week on the “Click Bait with Bachelor Nation” podcast, the co-hosts are discussing how they feel about having two leads.

Joe Amabile started off saying what the thought the showrunners’ thought process was when deciding to have two leads.

He said, “We had a crazy ending to Clayton’s season. Both of these women got their hearts broken and we believe both of them. It’s too hard to choose one, we’ve never had two and we think it’s going to be entertaining. So let’s do it. That’s what I think happened.”

Natasha Parker also chimed in adding that, “They both deserve it and also everyone has been crying for the show to switch some things up right? The show has been on for a while so people want it to switch some stuff up.”

She went on saying that she understands where people are coming from wondering if it’s sexist to have two female leads, but truly thinks these two women both deserved the opportunity.

Natasha said, “The way that they’re season ended, I would’ve been heartbroken for Gabby or Rachel if they picked the other one. I am excited, even more excited to watch this season of ‘The Bachelorette.’ If someone said you could watch another Bachelor season or two Bachelorettes, sign me up for the two Bachelorettes. I want to watch that.”

The Bachelor Nation star added, “I hope that if it goes well, they will have two Bachelor guys as well.”

Tia Booth also shared how she feels about having two women as the Bachelorette and looked at the positive side.

She said, “At the same time, think about how cool it is to have someone to go through that experience with you. You are alone in that spotlight and navigating it by yourself, but how cool to have someone else to be able to actually share that with. When you get off the show, no one understands what you went through unless they have done the show. These two actually get to go through this whole process together.”

Natasha agreed, saying, “One of the hardest things about going on a reality show is you don’t have your best friends or family to get their opinion, so you can actually talk to your friend about the guys you’re dating. That’s kind of dope. And that’s what Gabby said, she said it was great to get to do this with her best friend.”

To hear more of the conversation on this week’s episode of “Click Bait with Bachelor Nation,” check out the full podcast below. 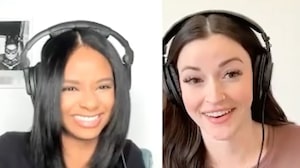 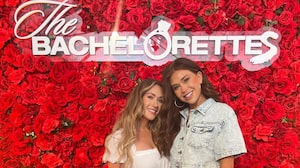