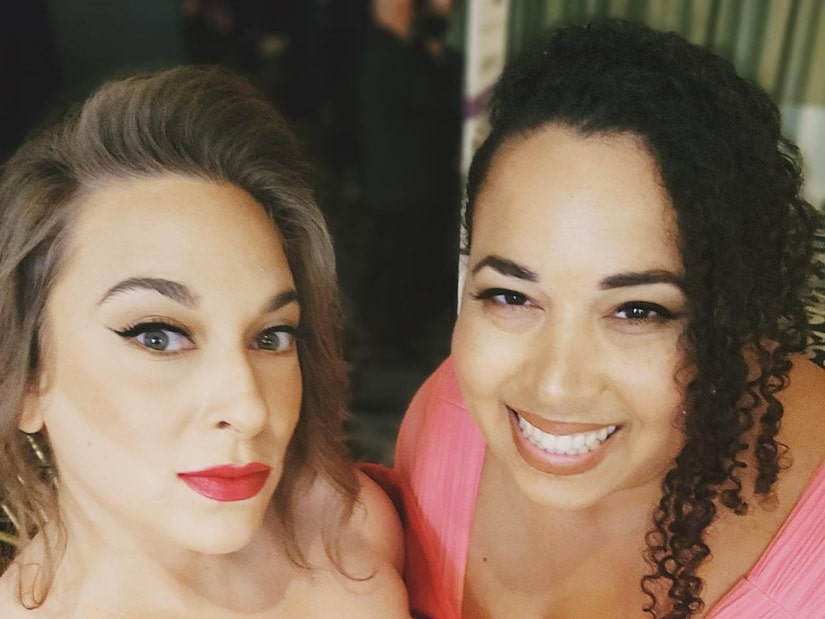 The “Even the Rich” and Bachelor Nation crossover you didn’t know you needed!

This week, Brooke Siffrinn and Aricia Skidmore-Williams from the “Even the Rich” podcast joined Becca Kufrin on the “Bachelor Happy Hour” pod.

On “Even the Rich,” Brooke and Alicia look at pop culture through the lens of famous families like the Kardashians, the Carters, the royal family, and more.

They also discuss reality TV, including the Bachelor Nation shows. So naturally, Becca had to ask them their thoughts on the upcoming season of “The Bachelorette” starring two leading ladies.

Aricia started off by saying, “I am so excited about seeing the two women. I’m mostly excited because I think the idea is original and there are so few original ideas in this day and age. I was like, why has no one thought to make it two for a full season? That seems genius to me.”

And Brooke agreed, adding, “I feel like the Bachelor franchise needs a shakeup, and this will be a fun shakeup. I love ‘Paradise.’ I mean, ‘Bachelor in Paradise’ is my jam. It is, to me, the superior Bachelor Nation show. It’s so good. So seeing multiple people looking for love is more interesting. I do think it’s going to be more exciting to have two Bachelorettes.”

Becca said she also agrees with the “Even the Rich” co-hosts and thinks this will be the most exciting season yet.

The Bachelor Nation star also asked her guests if they have any favorite moments in Bachelor franchise history.

Aricia jokingly said, “Unfortunately, Becca, how do we answer this question with you here…” referring to Arie’s season of “The Bachelor.”

But Becca didn’t mind, saying, “Don’t worry, I’m so used to it! That’s how some people refer to me still to this day — the one who got broken up with.”

And Aricia said she actually wasn’t talking about the breakup but rather the nickname Arie was given that made the co-hosts cringe.

She said, “Wait, I was referring to people calling Arie ‘pillow lips,’ and Becca’s reaction tells me that was false advertising!”

To hear more of Becca’s conversation with the “Even the Rich” co-hosts, check out the full episode of “Bachelor Happy Hour” below. 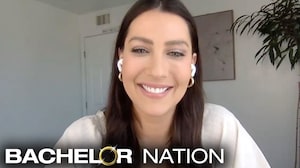 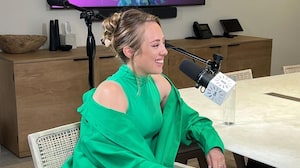