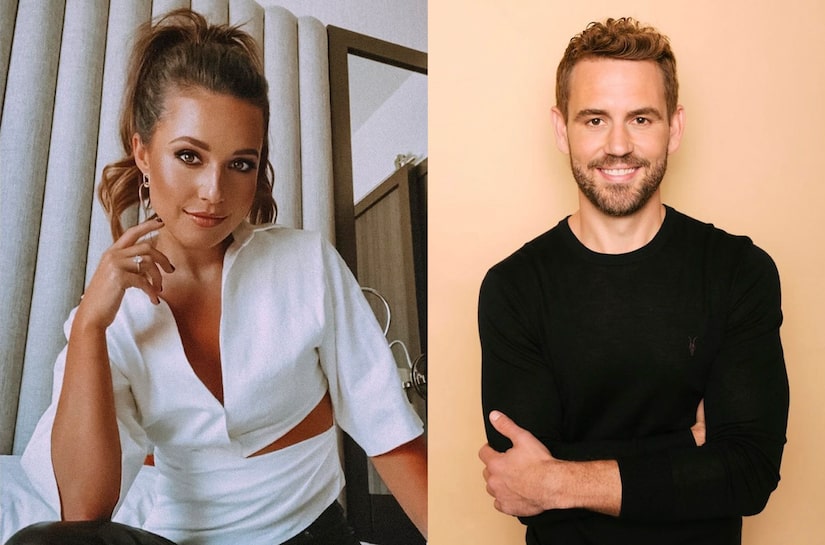 This week, the “Click Bait with Bachelor Nation” hosts Joe Amabile, Natasha Parker, and Tia Booth broke down all the Bachelor Nation drama that’s been swirling around online.

In case you missed it, Katie Thurston stirred up drama with Nick Viall when she threw some shade at him on social media and mentioned she has him blocked.

Nick and his girlfriend Natalie responded on his podcast calling Katie out and revealing their messages.

Additionally, Katie did a “spilling tea” Q&A on her Instagram Stories where she posted a throwback photo from production of Season 16 of “The Bachelorette” that fans thought could be Hannah Ann Sluss.

Now, Joe, Natasha, and Tia are weighing in on all the drama.

Joe started off by saying, “Full transparency, I’m friends with Nick, and Katie is sitting here saying Nick is not relevant and that she doesn’t give a sh*t about him, but she’s telling everyone that she blocked him and she’s going on for five f*cking Instagram Story slides. If you don’t care about him and he’s not relevant, then why is his name even coming out of your mouth? It’s just her saying she has all this tea.”

Natasha agreed and tried to figure out why Katie would need to block Nick, saying, “There are people in the franchise who don’t like Nick because he says his opinion and whatever. But I know Nick too and she said she had Nick blocked. Is that because he won’t stop texting you or calling you? No, where?!”

Joe also added, “The truth is, Nick is actually much more relevant. Nick’s podcast does very very well. He has a huge podcast and he’s had some of the biggest guests on that podcast. So he actually is pretty relevant. He can talk about ‘Bachelor’ because he has a podcast that’s somewhat about it.”

And Natasha took a moment to shed some light on the real meaning of “spilling tea.”

She said, “If you’re going to drop some tea, it better be true. Tea means truth. It means you were either firsthand there or it happened to you or I physically talked to this person. That’s tea. That’s the only way it can be tea. You can’t say you have tea about someone but then never talk to that person about it. When I have tea, it’s actually piping hot, okay?”

And when it comes to the tea Katie has been spilling, and then in her response to criticism she receives online, Natasha called her out for being hypocritical.

She said, “We had the 12 days of messy, then we had this spilling tea. And y’all know I love a good cup of tea, you know that. But you also can’t be ready to spill tea and talk sh*t about people, then also turn around and talk about mental health. Like, what? You are bashing someone and you bashed all your guys in the 12 days of messy, but then you’re like worry about me as a lead and protect my mental health. It’s a little contradictory. I am here for the tea, but you have to say things with your chest.”

As for the photo that might or might not have been of Hannah Ann, Joe wondered why it was even brought up in the first place.

He said, “Let’s say that wasn’t Hannah Ann and it was Tia. What f*cking difference does it make? How does it change the outcome? There is no difference.”

And Tia chimed in with some tea of her own, saying, “There was no point in it being brought up. None. For the record, I was interviewing before Clare and Tayshia’s season, but that’s neither here nor there. I met all the jokers. I thought I had a good chance, but they called and said they went in a different direction.” 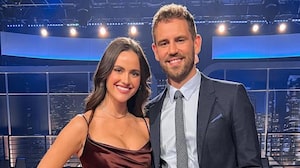 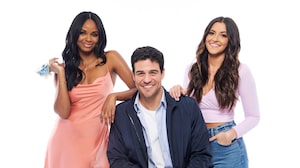