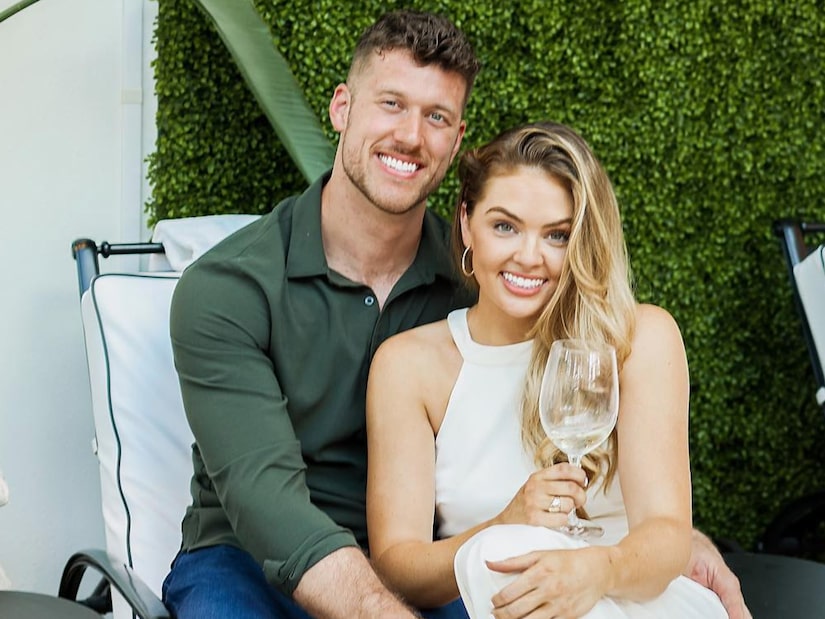 And earlier this year, fans also saw the two of them get broken up with together by Clayton Echard on Season 26 of “The Bachelor.”

So on the season premiere of “The Bachelorette,” many of Gabby and Rachels’ men cracked jokes about Clayton and threw some shade at the former Bachelor.

Now, the “Click Bait with Bachelor Nation” co-hosts Joe Amabile, Natasha Parker, and Tia Booth are weighing in on the Clayton criticism and Clayton’s response to it all.

Joe started off by saying, “It happens every season. I was on Becca Kufrin’s season and I think half the guys brought up Arie. It’s just a thing. This is what your ex did to you and this is going to be our in to talk to you. Sometimes it’s funny, sometimes it’s cringey, but I don’t think it’s meant to really hurt Clayton. It’s them trying to build themselves up. And I don’t think Clayton gives a sh*t.”

Tia chimed in and mentioned that Clayton and his girlfriend Susie Evans’ response to the criticism showed that they weren’t too upset about it.

She said, “Clayton and Susie did a TikTok singing along to the ‘Clayton sucks’ song and if they were actually upset about it, they wouldn’t have done that.”

And Joe agreed, saying, “I had dinner with Clayton and Susie not too long ago. I think it was tough for them at the beginning, like when the show was airing. But now they have a really good attitude about it all. They did exactly what I believe I would have done and they laughed about it. It’s not that big of a deal to them.”

He went on, explaining, “Not everybody’s life revolves around the show. They have moved on. They’ll watch it and laugh about it, but it’s not like it’s that bad. Clayton can handle kids joking around saying that he sucks. They handled it well and made fun of themselves.”

Natasha also chimed in on the matter and said, “After having him on the podcast, I feel like Clayton really owned up to his actions. And I think it’s really important to say that as a person, Clayton doesn’t suck, but what he did to Rachel and Gabby, we can all agree and he agrees as well, sucked. He also showed remorse for how he handled things.”

The Bachelor Nation star also said, “It sucked for the whole world to see Gabby and Rachel treated that way for sure. But when it comes to him and Susie now, I thought their TikToks were so funny. Susie’s ‘Keep my wife’s name out of your mouth’ video was so funny. I cackled out loud.”

The co-hosts discussed their fellow Bachelor Nation star’s tweets about the Clayton talk, including Katie Thurston’s tweet where she said, “I’m actually not ok with the Clayton slander at all… disappointing. So much for protecting your lead and their mental health.”

Joe addressed the tweet, saying, “Katie Thurston tweeted that she’s not okay with the Clayton slander and Katie is more upset about it than Clayton. Like, why?!”

To hear more of Joe, Natasha, and Tia’s conversation on the “Click Bait with Bachelor Nation” podcast, check out the full episode below. 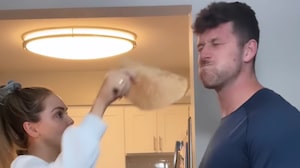 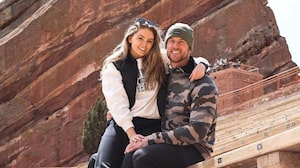