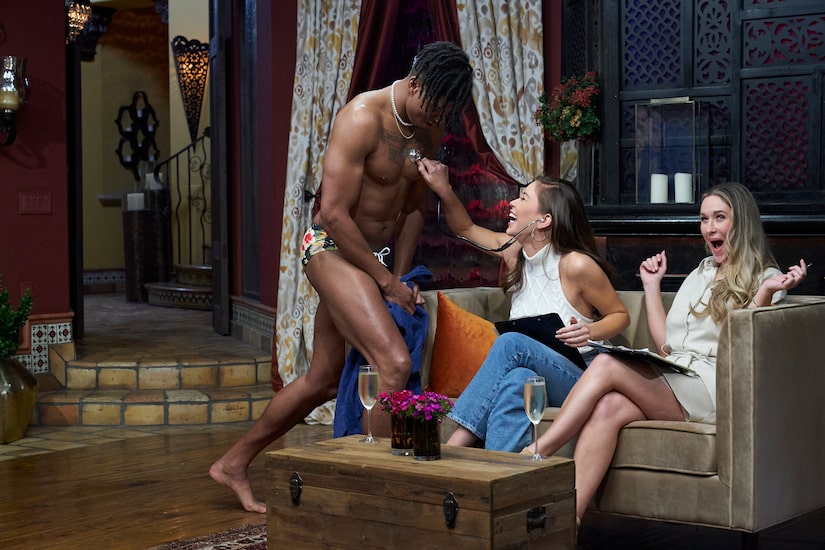 On this week’s episode of “The Bachelorette,” fans saw the men vying for Gabby and Rachel’s hearts compete in a Speedo pageant that was filled with lots of laughs, a talent show, and a bunch of black boxes.

Now, Nate is stopping by the “Bachelor Happy Hour” podcast, where he opened up to co-hosts Michelle Young and Becca Kufrin about the experience.

At first, Nate wasn’t thrilled about the pageant and couldn’t believe he was going to have to wear a Speedo on national television. 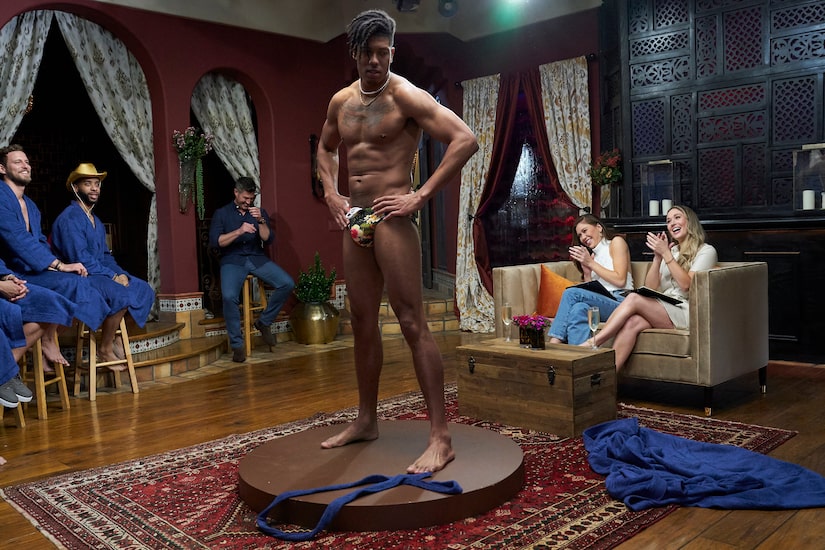 He candidly said, “When they brought that bag of Speedos out, I thought there was no way. I looked over at Jordan V., who was sitting next to me, and we were just sweating bullets. His face turned bloodshot red and my stomach felt ready to throw up. When the first thing they pulled out was a shoestring, I could’ve fainted.”

Eventually, the group just decided to be good sports about it and lean into the uncomfortable.

Nate shared, “Everybody had that ‘hell, no’ moment in the back of their mind, but then there were those few guys who were so eager to do it. That was Quincey, of course… The group just collectively decided to support each other and just do it. We knew we would have to step out of our comfort zones on this journey, so we just wanted to be good sports.”

And despite his initial hesitation, Nate said it was an empowering bonding experience for the guys.

“Actually going through it and supporting each other was actually empowering to an extent. We actually did it and didn’t die,” he explained.

As for whether his family will be tuning into that part of the episode, Nate hopes not!

He said, “I actually banned my family from watching it. I was like, ‘You can watch anything else, but this part just skip or fast-forward. You don’t need to see it.’”

To hear more of Nate’s conversation with Becca and Michelle, including his thoughts about his first one-on-one with Gabby, check out the full “Bachelor Happy Hour” episode below. 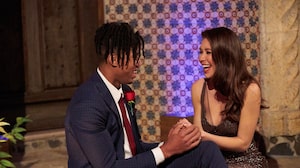