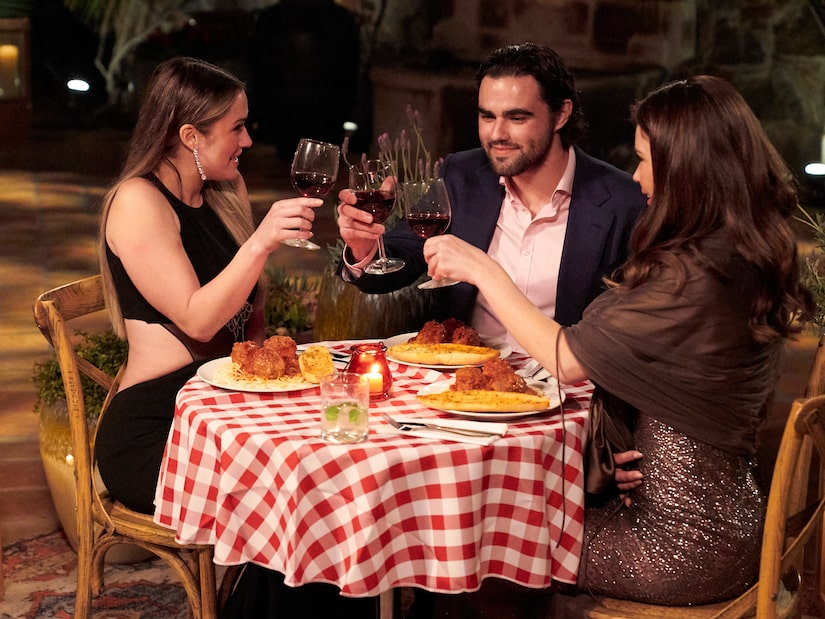 Catching up with Meatball!

Bachelor Nation fans are getting to know James, aka Meatball, on Season 19 of “The Bachelorette.”

And as he continues to vie for the hearts of Rachel Recchia and Gabby Windey, he stopped by the “Click Bait with Bachelor Nation” podcast for a chat about his time on the show so far.

“Click Bait” co-hosts Joe Amabile, Natasha Parker, and Tia Booth had to ask Meatball about his decision to pour pasta sauce all over himself during this week’s group date.

Natasha asked if this is something he’s done before or if this was his first time covering himself in tomato sauce.

Meatball laughed, saying, “No, that was my first time putting sauce all over my body. At first I was just going to lick it, but then I thought that that was too boring. I had to go all out. I just poured the entire jar all over me. After it was done, I was like, ‘Oh my gosh, it’s all over my body.’ But Gabby and Rachel were loving it! They were laughing so hard.”

The co-hosts asked Meatball how long he had to stay covered in sauce before he was able to take a shower and wash it off.

He shared, “It was like an hour or two until I could shower. I took a towel and wiped off some of it, but there were little bits on me. The other guys were like, ‘Get away from me, please, weirdo!’”

Joe had to ask Meatball if he’s the kind of guy who would do something like this in the bedroom because Joe said that while he loves sauce, the thought of food in bed makes him cringe.

Meatball agreed, saying, “I’m kind of a neat freak, so I don’t like food in the bedroom either. I’m with you, Joe. I do like to go out to dinner and have some wine with spaghetti and meatballs. I like that a lot. That’s normal!”

Natasha asked Meatball if he was worried that the sauce stunt could possibly turn off either of the girls, but he said he wasn’t worried about that.

“Both Gabby and Rachel have a great sense of humor and I knew that going into it. I was trying to make them laugh and make a big splash here. I wanted to do it in a way that was cute and funny, so that’s where I mixed in the sauce,” James explained.

And thankfully, before this week’s Rose Ceremony, he got some time with the Bachelorettes to enjoy sauce in the way they all prefer.

He sat down with the two of them over a big bowl of spaghetti and meatballs.

James said, “I was a little worried because I hadn’t gotten much time with Gabby and Rachel. I was concerned I could go home. I finally got time with them and we had spaghetti and meatballs and they did the ‘Lady and the Tramp.’”

To hear more of Meatball's conversation on the “Click Bait with Bachelor Nation” podcast, check out this week’s full episode below! 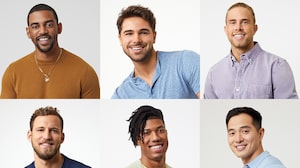