The two got engaged in July 2019, and after multiple wedding postponements due to COVID, they’re finally preparing to tie the knot.

Over the weekend, Wells celebrated his bachelor party in Cabo San Lucas with 14 of his closest friends by his side.

Two of those friends were Wells’ fellow Bachelor Nation stars, Ben Higgins and Derek Peth, who he’s remained close with since his time on the shows.

They enjoyed a weekend of drinking, boating, golfing, and hanging by the pool to celebrate Wells.

They all also rocked shirts with Wells’ face on them that read, “Wells-come to married life!”

Wells shared photos from the weekend on social media and wrote, “My bachelor party was so much fun! JK, I have no idea. I was drunk. But I love all these dudes!”

Ben and Derek both commented on Wells’ post, with Derek hilariously writing, “What bachelor party?”

And Ben chimed in saying, “I remember thinking I was going to beat you on the course after day 1. Then a few tequila shots later and somehow I ended up 4 strokes back.”

We couldn’t be happier for Wells and Sarah as they get closer and closer to their big day. Now let’s get these two hitched! 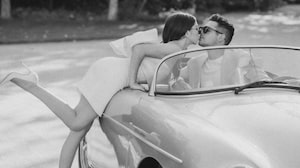 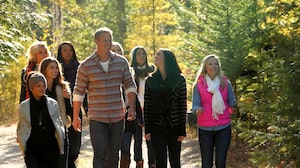 Experience Whitefish, Montana Like Sean Lowe on ‘The Bachelor’