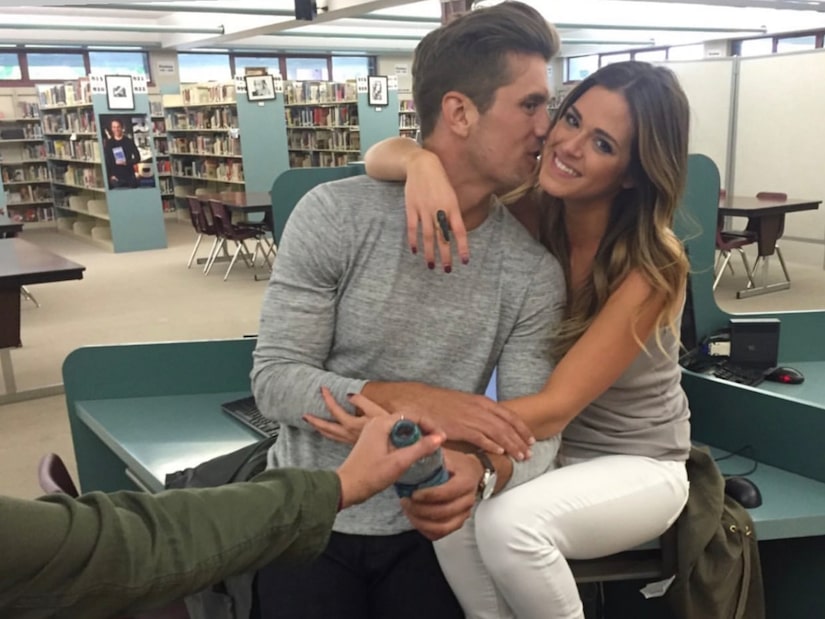 Bachelor Nation stars JoJo Fletcher and Jordan Rodgers famously found love and got engaged on Season 12 of “The Bachelorette” around six years ago.

The two tied the knot earlier this year in a beautiful ceremony in front of their family and friends in Santa Ynez, California.

Now, Jordan is taking a walk down memory lane and looking back at some of the early moments from their relationship.

He shared behind-the-scenes moments from “The Bachelorette,” including a sweet moment from his hometown date.

Jordan wrote, “BTS: Hometown Date at my high school. Quick break off camera in the library. My sidekick and best producer @natzshabby with the clutch water and breath mints on standby. There were literally classes in session and before this photo we got caught walking through the quad when the bell rang for classes to change.” 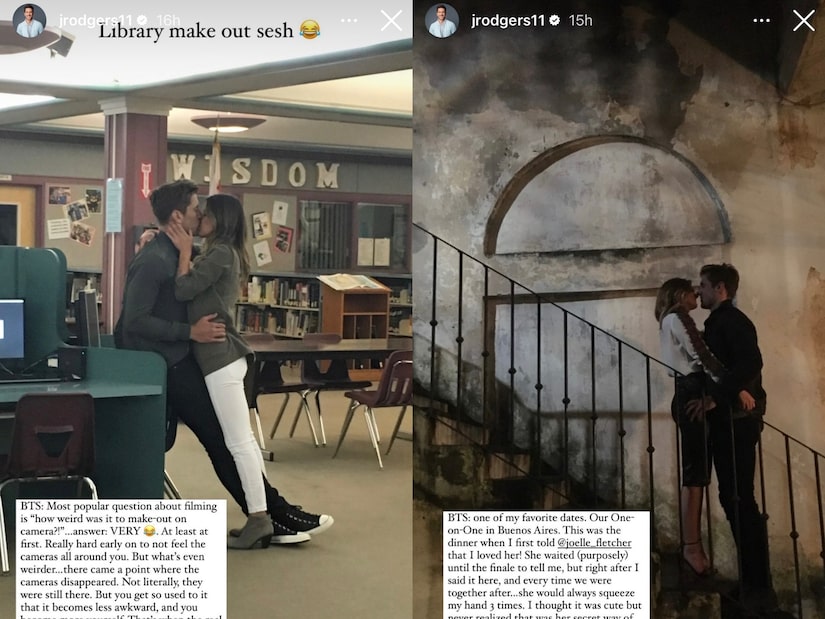 He went on, sharing, “These little moments when the cameras weren’t rolling were the best and most important for us. The pressure was off. We could joke and completely be ourselves. These moments are what really made us fall in love honestly.”

Jordan also shared that his hometown was the last one filmed, so, “I was SO EXCITED in this photo to see @joelle _fletcher. It was HARD to go that long and not see her. At this point I had very strong feelings and knew that the other guys did too.”

The Bachelor Nation star went on and shared a special moment from their one-on-one date in Buenos Aires, which he said was one of his favorite dates of all time.

Jordan wrote, “This was the dinner when I first told @joelle_fletcher that I loved her! She waited (purposely) until the finale to tell me, but right after I said it here, and every time we were together after.she would always squeeze my hand 3 times. I thought it was cute but never realized that was her secret way of saying “I love you.” 3 squeezes. 3 words. I’m an idiot, never put it together. That would've saved me a lot of stress and sleepless nights leading up to the finale hahaha!”

And speaking of the finale, Jordan shared a sweet candid moment from their proposal day. He wrote, “BTS: The best candid ever Also the longest and most emotional day EVER for @joelle_fletcher (and me). We all knew that the proposal shot was at sunset, so as afternoon approached I was looking at how high the sun was on the horizon to gauge when I would leave the hotel. Knowing there was still one guy that would get broken up with, I was hoping it was nearly sunset when my car arrived.”

Jordan went on, saying, “When my car showed up hours before sunset, I thought that meant I would go first, and therefore she would be breaking up with me. I was crushed and nervous and mad all at the same time lol. But when we made it to the beach they held me in the car for like an hour. By the time I started my walk down the beach toward JoJo I really wasn’t sure if I was first or second. So when I started to get down on one knee and she stopped me. I was like ‘you idiot, she's breaking up with you, duhhh the sun hasn’t set yet.’ Then she told me she loved me and the rest is history. Needless to say it was a rollercoaster of emotions, which made it even sweeter!”

How sweet! We love looking back on the little moments that started their love story now that these two are happily married.

Congrats again to the newlyweds JoJo and Jordan. We’ll always be the biggest fans of your love! 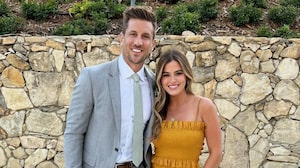 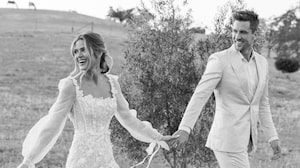