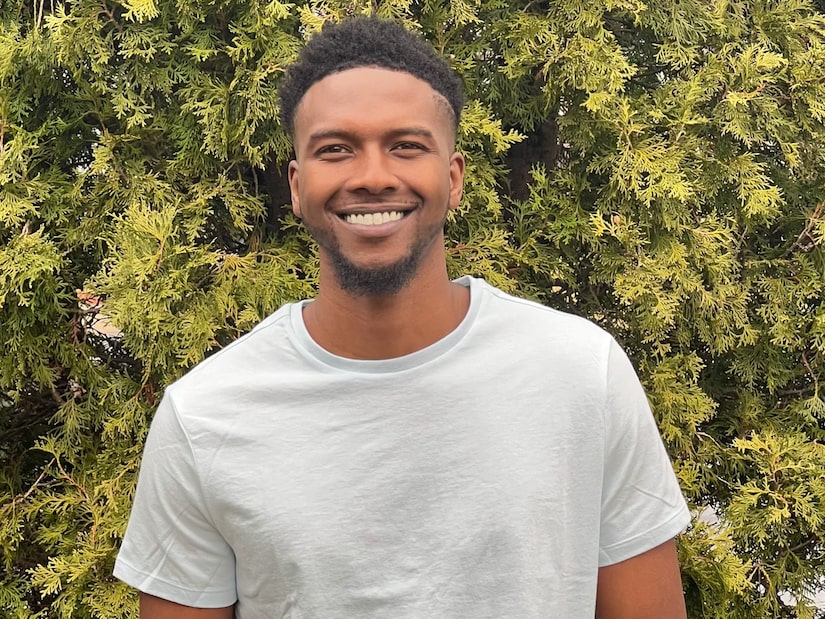 Bachelor Nation fans met Termayne on Gabby and Rachel’s season of “The Bachelorette.”

He was sent home this week after he denied a rose from Rachel and didn’t receive one from Gabby at the Rose Ceremony.

Now, Termayne is stopping by the “Click Bait with Bachelor Nation” podcast, where he got candid about his decision to turn down Rachel’s rose and revealed whether he has any “Bachelorette” regrets.

He told co-hosts Joe Amabile, Natasha Parker, and Tia Booth, “It has been a thought wondering if Rachel was into me and maybe it wasn’t that Gabby wasn’t interested, but it was enough from Rachel for Gabby to back away. While I was there, I didn’t even think about them having conversations with each other.”

Termayne went on, saying, “There were so many other things going on that I just wasn’t thinking about that. Looking back on it, I know they definitely had a conversation about that, like about who they are into. I just took a leap of faith with my first gut and it shot me in the foot at the end of the day. But I wouldn’t do it any other way regardless.”

And while he doesn’t have any regrets about how he left the show, he did look back on his night one entrance and cringe.

In case you forgot, when Termayne exited the limo and met Gabby and Rachel, he tried to do a mic drop and it ended with a bit of a fail.

He said, “It was definitely very cringe watching it back. It took me a second to watch it and be okay with hearing and seeing myself on TV. The first thing I saw was the mic drop and ugh, that damn mic drop. What was supposed to happen was I was supposed to walk up and drop the mic and actually let the mic hit the floor, but Gabby caught the mic. That threw me all the way off. I didn’t rehearse that.”

Tia and Joe both laughed, saying they cringed at that moment too, but that the first night is cringeworthy to watch back no matter what.

To hear more of Termayne’s conversation on the “Click Bait with Bachelor Nation” podcast, check out the full episode below. 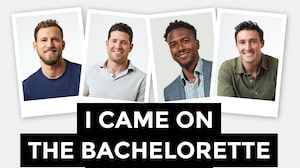 Gabby & Rachel’s Men Reveal Why They Went On ‘The Bachelorette’