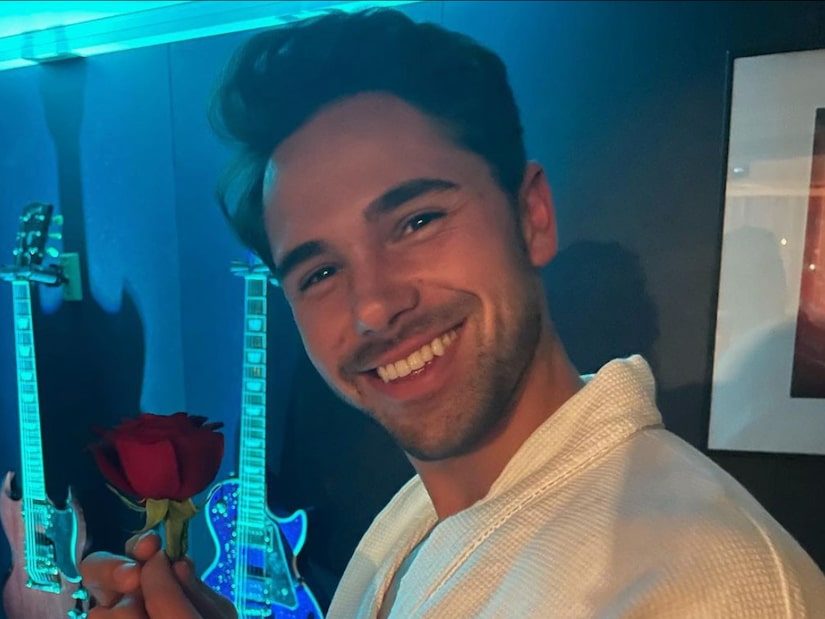 Bachelor Nation fans are watching Tyler vie for Rachel’s heart on Season 19 of “The Bachelorette,” and this week he spent some special one-on-one time with his leading lady.

Now, he’s stopping by the “Click Bait with Bachelor Nation” podcast to dish on his feelings towards Rachel.

Tyler got candid with co-hosts Joe Amabile, Natasha Parker, and Tia Booth about how his crush on Rachel developed before he met her in person.

He said, “The only season that I really watched every single episode was Clayton’s season. Ultimately, after that one, I got asked to do the show. I have a funny story about that too. I remember after the second episode, I was about two bottles of wine deep and I thought since the day she got out of the limo that Rachel was gorgeous.”

Tyler went on, sharing, “I was like, ‘Why don’t I just DM her on Instagram?’ So I DMed her after the second week. I said, ‘Hey, if things don’t work out with Clayton and you ever end up as the Bachelorette, sign me up because I would love to pursue you.’ Then a week later, I got a call that I had been nominated for the show and I was asked if I wanted to do it.”

The Bachelor Nation star told Joe, Natasha, and Tia that he ended up telling Rachel about the DM during their one-on-one time.

Tyler said, “I don’t even think she saw my DM. I did tell her on our one-on-one that I had DMed her and she was like, ‘Well, I need to look back and see if that’s true,’ and I told her it was true. The message is still out there!”

He added, “I wanted to get to know her. I knew her from the show, but obviously you don’t know what someone will be like when you meet them in person. And I just thought she was incredible, so why not tell her about this DM?”

And when the co-hosts asked him if he always knew he was all in on Rachel or if he was interested in Gabby at all, Tyler said his heart was decided from day one.

“I was 100% in on Rachel once I got there. I really wanted to get to know her. I knew that if I only got to know one of the women, I knew I wanted to pursue Rachel since I got there. Obviously, Gabby was also amazing on their season and so I wanted to have a conversation with her at some point,” he said.

To hear more of Tyler’s conversation on the “Click Bait with Bachelor Nation” podcast check out the full episode below. 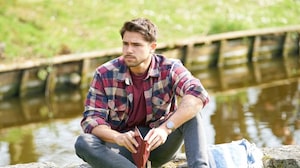