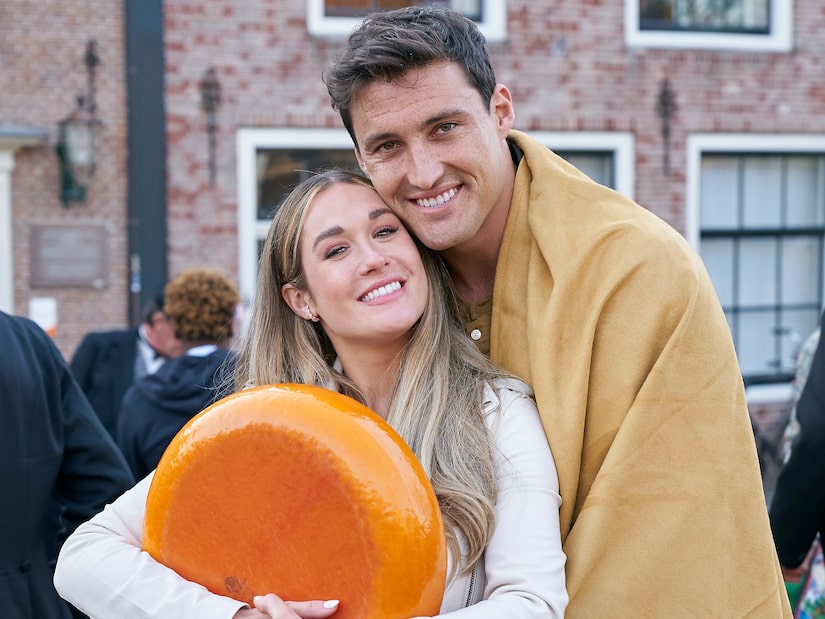 This week, Serena Pitt joined Becca Kufrin to co-host the “Bachelor Happy Hour” podcast, and they discussed this week’s episode of “The Bachelorette.”

The Bachelor Nation stars shared their thoughts on Tino’s response to not getting Rachel’s group date rose when he stormed off from the group.

Becca kicked things off by saying, “One of Rachel’s top contenders, Tino, we see him spiraling a bit this episode. It was interesting. I feel like the way he approached it and the things he chose to say about how he was processing the situation kind of rubbed me the wrong way.”

Serena also chimed in sharing her thoughts, adding, “I agree. Tino if you’re listening, not to laugh at this, but I totally laughed at Ethan saying ‘Tino’s being a baby back b*tch right now.’ I was like, ‘Okay, yeah, a little bit.’ I get it, it’s hard and the week before Hometowns is a really intense week and the pressures are high.”

Serena shared a moment from Season 25 of “The Bachelor” when she felt similarly, saying, “I actually had a tough moment on the group date and also didn’t get the group date rose after really opening up. I was really needing that validation that week, so I struggled. But the way that Tino went about it with walking out was okay to take a moment, but to hear the things he was saying about checking every box and saying all the right things, I hope that was just poor verbiage on his part.”

She went on, saying, “I hope he doesn’t actually mean it in the way it came across, because if he does, he does need to be reminded that it’s not about saying the right things. It’s not about sharing something vulnerable and expecting a reward.”

And Becca agreed saying there was a sense of entitlement to what Tino said.

The former Bachelorette added, “I think you said it best. You nailed it. Having strong feelings for someone and being invested in a relationship so you’re upset that you feel off is one thing. He is entitled to feel however he feels. That is valid. The part that rubbed me and maybe other viewers a little bit off was not that he said anything specifically bad, but just saying that he hit all these points.”

Becca also said, “He won the cheese challenge and opened up, so he deserved something. You also don’t know the other conversations that these other guys are having with Rachel. She is not invalidating your relationship by not giving you this rose in this moment. If anything, she was probably on the same page as Tino and cares just as much about him, but she also has multiple relationships that she’s working through.”

Serena also made another good point, explaining, “Rachel could be madly in love with Tino at this point and still potentially give someone else a rose that week because there are multiple connections and they are developing differently.”

And while the two women were critical of Tino’s response, Serena did add, “Tino did say that he was worried that she wasn’t feeling the same way, so I do feel like everything he was saying came from a place of insecurity because I have liked him up to this point and I still do like him.”

To hear more of their conversation about this week’s episode, check out the full “Bachelor Happy Hour” podcast below. 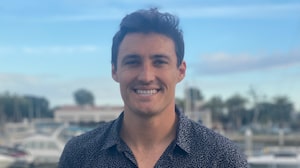