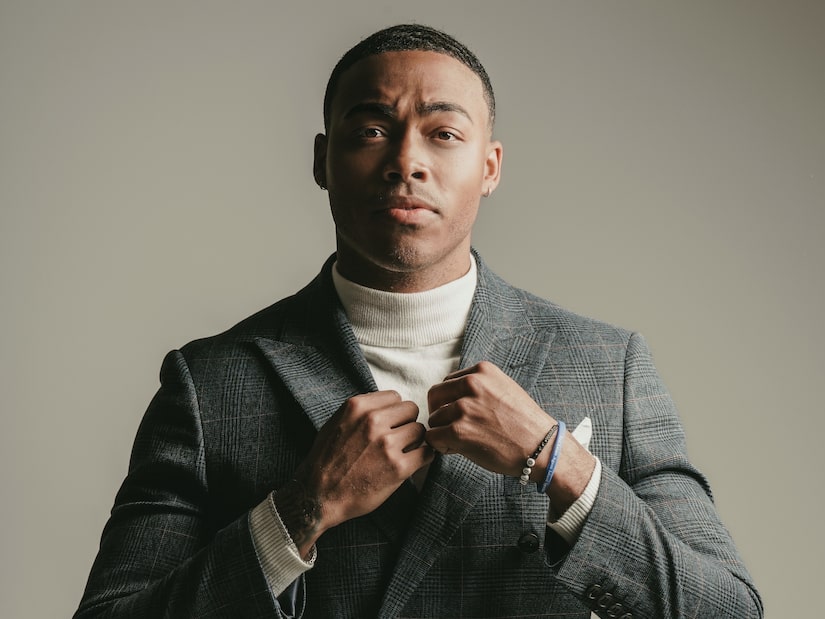 Quincey is talking it out!

Bachelor Nation met Quincey on Season 19 of “The Bachelorette” when he made quite the name for himself right away on night one by sharing with Gabby and Rachel that he’s been celibate for a year and a half.

Now, Quincey is stopping by the “Talking It Out with Bachelor Nation” podcast, where he is opening up about his notable limo entrance and exactly why he chose a celibate lifestyle in the first place.

When asked by co-hosts Mike Johnson and Bryan Abasolo why he chose to go celibate, he said, “Living in Miami’s pretty crazy, so I needed a change. Not because I was wilding, going crazy, having intimacy with a lot of people but… I was distracted. I was distracted by so many women, and that’s why I say Miami’s crazy.”

Quincey explained that Miami is a melting pot, and that people (and more specifically, women) visit or relocate there from all over the world, so for him, it was easy to get distracted.

He continued, “I really never had a great relationship status while being in Miami. I just found myself more so having fun in a sense, and I was like, you know, let me step away from having fun and just focus a little more on me, and focus on that discipline of not having sex.”

Mike and Bryan asked Quincey what his life was like before moving to Miami, and if it had any influence on his decision to be celibate later on.

Quincey explained that prior to moving to Miami, he lived in Connecticut as a young 20-something, in a home he had owned.

He opened up, saying he had never lived alone before moving to Miami. He shared, “I owned a home with my ex-girlfriend. At the time, I didn’t feel right. I felt like at a personal level my life was slowing down more than me trying to focus on gaining something more. I wanted purpose.”

He assured Mike and Bryan that his move and decision had nothing to do with his ex, adding, “It was 100% the right woman, wrong time. 100%.”

To hear more of Quincey’s conversation on the “Talking It Out with Bachelor Nation” podcast, check out the full episode below.