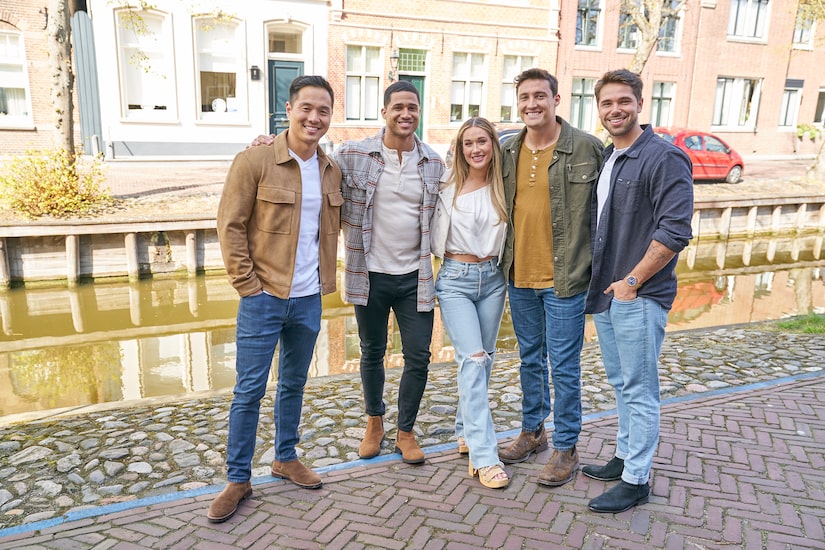 Bachelor Nation fans met Tyler on Gabby and Rachel’s season of “The Bachelorette.” He made it all the way to his Hometown date with Rachel but was shockingly eliminated.

Although his journey with Rachel has come to an end, he stopped by the “Talking It Out with Bachelor Nation” podcast to share his thoughts after watching it back.

Co-hosts Mike Johnson and Bryan Abasolo didn’t hold back on the tough questions as they asked Tyler what his thoughts were on Tino’s Hometown with Rachel.

Tyler answered, “Oof. Watching that one… It was tough. His parents were asking reasonable questions. I mean, I get it, but if you understand how everything works in this journey and seeing that ultimately there are success stories and your son’s getting involved in something like that, you’ve got to know what he’s signing up for. His parents were grilling Rachel. They were asking reasonable questions, but definitely grilling her.”

He continued, saying, “The first impression when meeting the family is so huge, and it’s devastating if they don’t like you.”

Mike and Bryan didn’t stop there, and they asked Tyler how he thought his Hometown would have gone.

Tyler shared, “My family’s always been welcoming. I just feel like if it was the other way around, if she was with my family, oh my gosh, my family would’ve loved Rachel! They would’ve made her feel comfortable.”

He acknowledged that in any scenario, your family will have serious questions to ask your partner, but there’s a polite way of doing so.

He continued, “Yeah, there are questions to ask, but my family wouldn’t have asked them in such a direct way to almost intimidate her. It definitely would have been different on my side, but people are the way they are, and obviously they love their son Tino, and they want to make sure it’s real. They just went about it in a different way.”

To hear more of Tyler’s conversation on the “Talking It Out with Bachelor Nation” podcast, check out the full episode below.