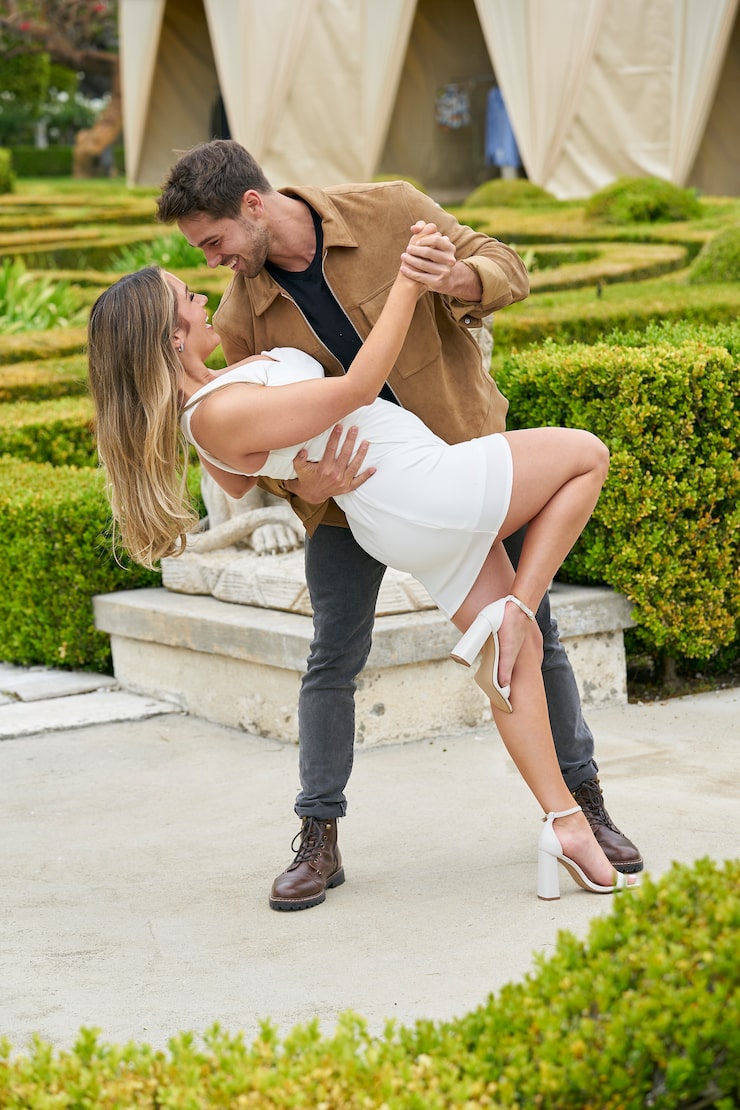 Bachelor Nation met Tyler on Season 19 of “The Bachelorette” and he quickly came to be a fan favorite.

Now, Tyler’s stopping by the “Talking It Out with Bachelor Nation” podcast for a vulnerable conversation with co-hosts Mike Johnson and Bryan Abasolo about his shocking and unique elimination during Hometowns.

Tyler recounted the moments after his breakup with Rachel, saying, “I remember getting into the car afterwards, and they told me, ‘Hey, we’re going to see your family.’ You know, they don’t know what just had happened.”

Bryan and Mike chimed in, adding that when watching it back, it seemed like his parents were very excited to meet Rachel.

Tyler continued, “Exactly. There were two things in my head. Number one, I hadn’t seen or talked to my family in months, so I was like, ‘You know what, I want to see them.’ And the second thing was, I know for a fact that the second my mom knew that I was having a Hometown, she was freaking out, cleaning up the entire house, so if I didn’t get to that house with all those cameras, she would’ve kicked my butt the next day.”

All in all, Tyler knew he had to go home and see his family.

“As soon as I walked in,” he continued, “I mean, how could I not have a smile on my face? My family is everything to me. I wouldn’t trade them for the world, and through every tough breakup, through the good times, the bad times, I’ve always had my family to lean on.”

When asked to elaborate on how it felt to have his family in that moment, Tyler said, “Seeing them right then and there afterwards, that was something that helped me so much and made me feel so much better because at the end of the day, yeah, you might’ve lost something that could’ve been great, but getting a chance to go home and see my family, I realized what I have and how happy I was before I even left for this journey because I’ve got these amazing people. That just in the moment made me feel full and made me so much happier.”

Anyone else have chills?

To hear more of Tyler’s conversation with Mike and Bryan, check out this week’s episode of “Talking It Out with Bachelor Nation” below.