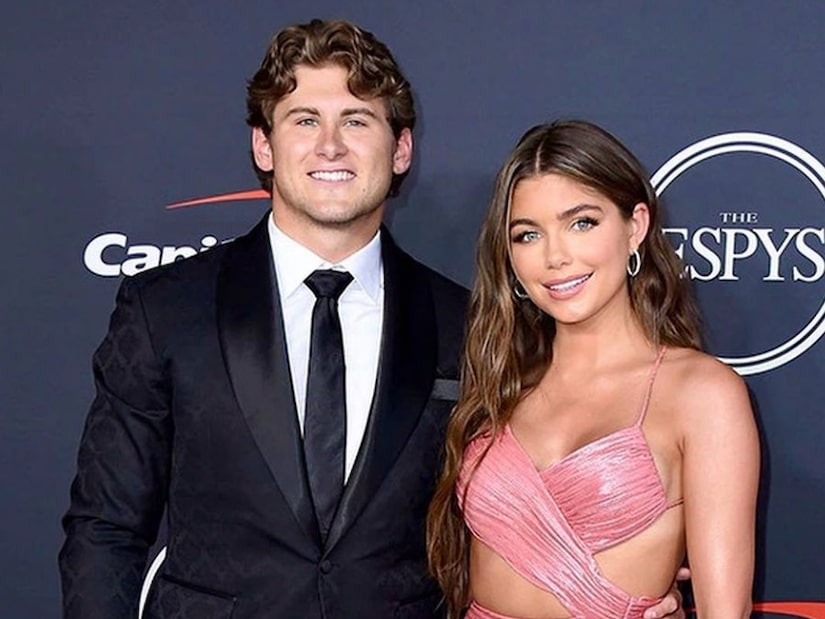 Bachelor Nation first met Hannah Ann Sluss on Season 24 of “The Bachelor,” and now she’s stopping by the “Click Bait with Bachelor Nation” podcast to spill some details on her new relationship!

Hannah Ann is dating boyfriend Jake Funk, a running back for the L.A. Rams, and co-hosts Joe Amabile, Natasha Parker, and Tia Booth learned all about how the two first met.

“This is so funny to me,” Hannah Ann said. “We met on TikTok. So, if any of you listening out there are posting some single hot girl videos, keep on doing it, because you might actually meet someone!”

She continued, “It was around that time where I posted this one TikTok. I don’t know if you guys remember, it was when Hannah Brown came out with the big bomb that she slept with Peter during the season. Obviously, I did not care at all. I thought it was very funny, and I had already known that, so it didn’t matter to me, but I thought it was a funny voiceover to do on TikTok!”

That TikTok not only grabbed the attention of Bachelor Nation but also apparently grabbed Jake’s!

Hannah Ann explained that that’s how Jake found her. She said, “So, he messages me, and the best part of it is that he had no idea what the tea was, never even asked me about it until months later. He didn’t even care! He wasn’t even looking at that, if you know what I mean.”