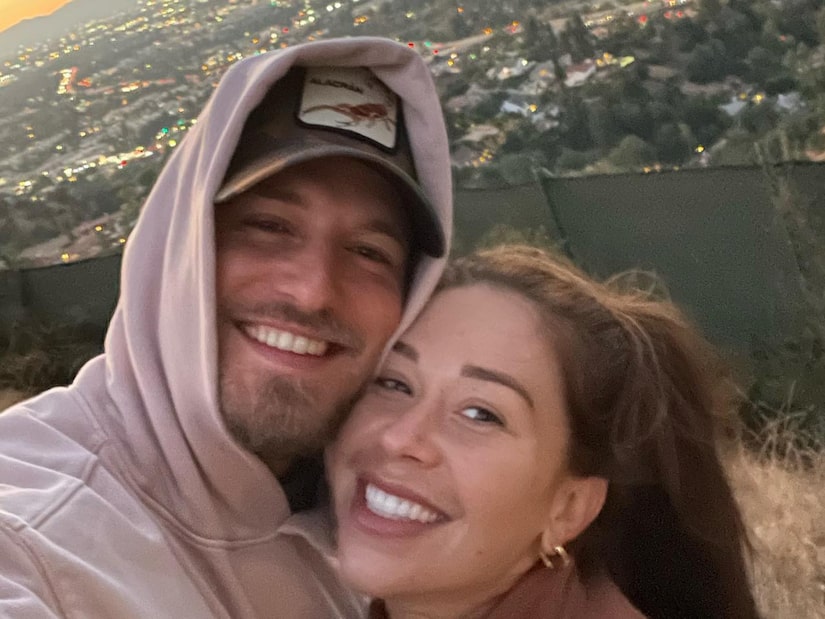 Bachelor Nation saw Gabby Windey and Erich Schwer find love and get engaged on Season 19 of “The Bachelorette.”

Amid their love story unfolding on-screen, a high school yearbook of Erich in blackface surfaced online.

Erich has since apologized, saying in part, “I was naïve to the hurtful implications of my actions to the Black community and those closest to me, and will forever regret my offensive and damaging behavior.”

Now, Gabby is stopping by the “Bachelor Happy Hour” podcast, where she opened up about her decision to stay with Erich as he hopefully learns and grows from this.

Gabby revealed how she felt when she first saw the photo, saying, “I was devastated, I had a pit in my stomach, and I couldn’t really believe it. I’ve worked so hard to educate myself to become the woman that I am today. I want to push myself and I want to learn and take it upon myself to grow because unfortunately we’re not always taught these things when growing up.”

She also opened up to co-hosts Becca Kufrin and Michelle Young about how she understands that deciding to stay with Erich means that how they move forward from this is also a reflection of her.

Gabby said, “I am with a man who did this, so that’s a reflection of me. It took me a long time to process. Erich did write an apology, which was the least he could do. I feel like I’m still processing it, but I made the decision to be with him and now it’s our problem. Now it’s my turn to teach him and enforce how important these issues are to me.”

She went on, adding, “I want to really try to help him learn the root of why this is such an issue. Not just saying what you did was bad, but let’s look back at where it came from and how we can learn from it. This is never a position I would want to be in, but if I have the chance to help someone grow, I think maybe it is meant to be.”

Becca related to Gabby about her experience, given she went through a somewhat similar situation with her ex-fiancé Garrett Yrigoyen after her season of “The Bachelorette,”

Becca said that she hoped Garrett would grow, learn, and change, but that didn’t end up being the case.

She said, “His words and actions weren’t lining up,” and asked Gabby whether she feels like Erich is genuinely open to changing or if she thinks he is just trying to appease the public with his apology.

Gabby got candid with her response, saying, “Truthfully, I don’t know yet because we’re still in it. We haven’t had enough time yet to know because it all happened so recently. I do think that he’s in a place where he wants to change and wants to grow. We talk about social issues so much because they are really important to me, so even before all this happened, he knew my opinions and I’m going to push him.”

Gabby continued on, saying, “He knows being with me comes with this territory. We have to be able to talk about these things. I never knew that he was going to be the subject, but I primed him for this. I do hope and think he is in a place in his life where he can really reflect and look back to become better.”

Michelle also chimed in on the conversation, sharing what she hopes to see from this situation.

She noted that she feels for Gabby in this situation, but said, “What’s so difficult as a woman of color in my position in a very, very white world, it’s difficult because we’re here again. We did go through this with Matt’s season. We went through all these other things, so it’s really easy to put in the work now because it’s what makes you more comfortable. It allows you to put your energy and focus into changing while people are putting the pressure on you to change.”

Michelle went on, saying, “I think my biggest thing is what I want to see from Erich is when this passes, will he still find the time to seek out information? That’s the biggest piece. It is great to bring awareness, but people like me sit back and a month down the road when it’s not in the tabloids, are you still setting aside time? It’s easy to make time for it now, but I really hope to see Erich make time for this and for you to challenge him to never stop learning.”

To hear more of Gabby’s conversation with Michelle and Becca, check out the full episode of “Bachelor Happy Hour” below. 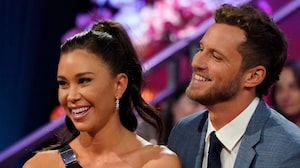 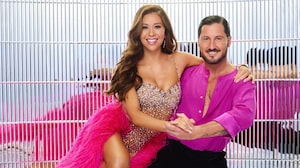 Gabby Windey Makes Her ‘DWTS’ Debut and Scores in the Top 3 for This Week!