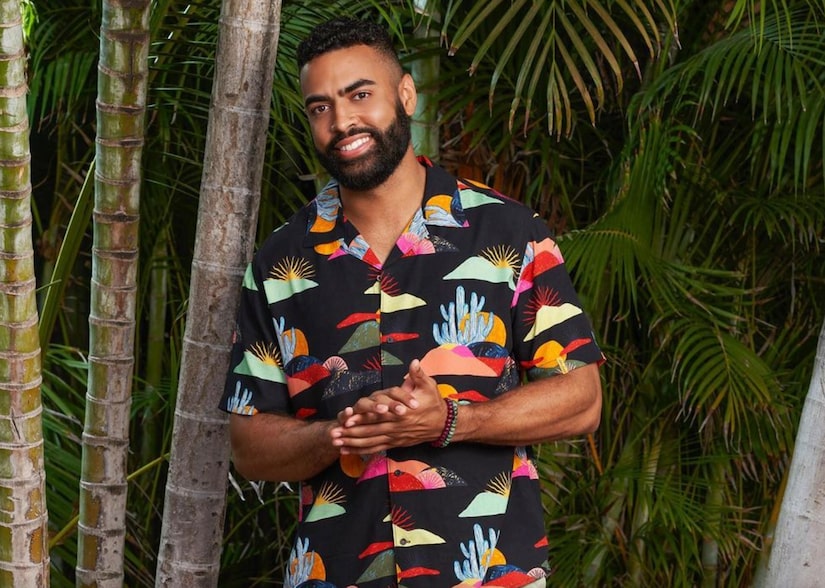 Justin Glaze is talking it out!

Bachelor Nation fans first met Justin Glaze on Season 17 of “The Bachelorette,” and now he’s returned to our screens for Season 8 of “Bachelor in Paradise” looking for another shot at love.

Now, he’s stopping by the “Talking It Out with Bachelor Nation” podcast, where he’s opening up about who he got advice from before heading to the beach.

Co-hosts Mike Johnson and Bryan Abasolo asked Justin if he spoke with any “Paradise” alumni for any tips.

Justin said, “I didn’t speak to too many alumni for advice, honestly. The only person I recall talking to was Grocery Store Joe. We hung out a couple times in Chicago, so he knew my personality and what I’m about. He told me to be smart, trust myself, and lean in. I talked to him on ‘Click Bait’ about what my approach would be.”

He went on, saying, “I know some people had their eyes locked in on one or a couple people. In the back of my mind, I had a couple people that I was interested in, but I didn’t want to come out and say those names. I didn’t want to put pressure on any situation or make it seem like I was claiming any relationship. They can speak for themselves.”

Justin shared that he prefers catching feelings in person rather than through social media or based on what he saw on TV.

He said, “I am much more of an in-person type of guy. I wanted to feel out the vibes. What you see on social media and on TV can be totally different than what you experience in person with someone. Joe said his approach was the same and we had a good conversation about it. He told me to just do you.”

Aside from Joe, Justin also talked to another “Paradise” alum before heading to Mexico.

He said, “I also talked to Noah Erb a bit because I met him a few weeks before. He’s the man. He gave me good advice as well. I am taking notes from the right people. They are in two successful relationships!”

To hear more of Justin’s conversation with Mike and Bryan, check out the full episode of “Talking It Out with Bachelor Nation” below. 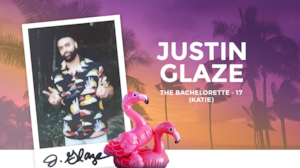 Paradise Profile: Catch Up with Justin Glaze of ‘The Bachelorette’ season 17 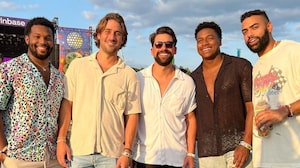