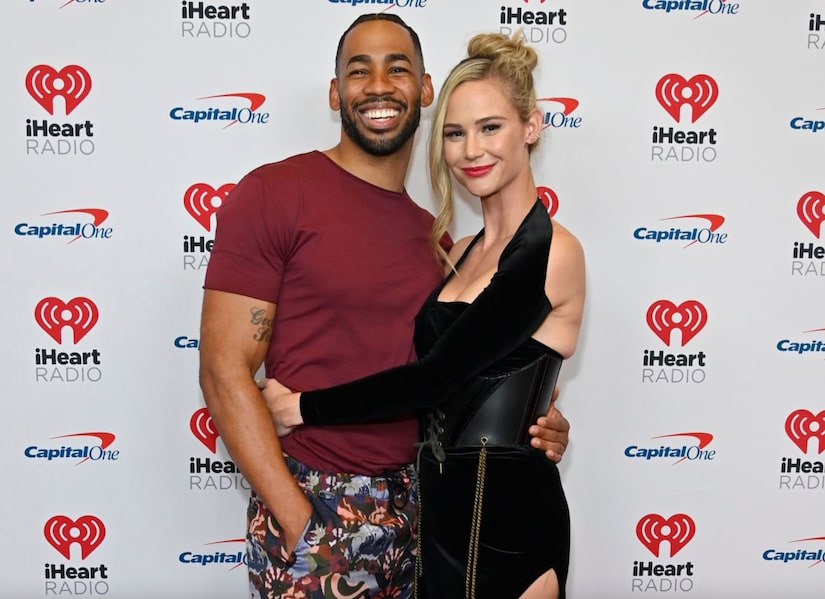 The pair first made headlines during last weekend’s iHeartRadio Music Festival when they got cozy posing together for photos.

And then Mike joined Meghan on her podcast, “Intimate Knowledge,” where they opened up about how they ended up together at the event in Las Vegas.

Meghan explained that she thought it would be fun to have a date to attend the concert with, and while talking to her team, they offered to set her up with someone from Bachelor Nation.

Meghan said she Googled Mike and thought he was cute, so she reached out to set up a date.

Mike chimed in, saying, “I was so confused at first, but I was honored. They thought we were a good pairing together and I think we had a wonderful time.”

Meghan agreed that the two hit it off right away and said, “We go to the party, we’re a little looser at that point. …There was some touching. We definitely looked like a couple. And I don’t know if we were fooling everyone or just fooling ourselves — we even took a couples picture just the two of us. And I was like, ‘Oh, my God, we look in love.’ I literally said that.”

And things heated up as the night went on because Mike and Meghan shared that they ended their night at the Crazy Horse strip club.

They said they were “canoodling” the whole time they were there. Meghan was sitting on Mike’s lap, and Mike even confirmed that Meghan was a “good kisser.”

Later in the week though, Mike confirmed to E! News that he and Meghan were just having fun, and as of now, it’s nothing too serious.

He said, “I am dating. But what happens in Vegas stays in Vegas! That was just for fun. We did her podcast and we just had a great time in Vegas.”

So, who knows what the future holds for Mike and Meghan — for now, we’re just happy that Mike seems so happy! 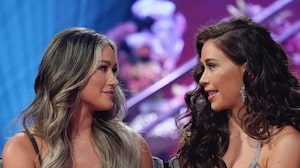 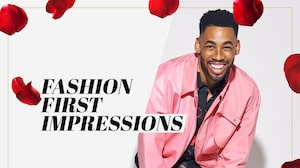