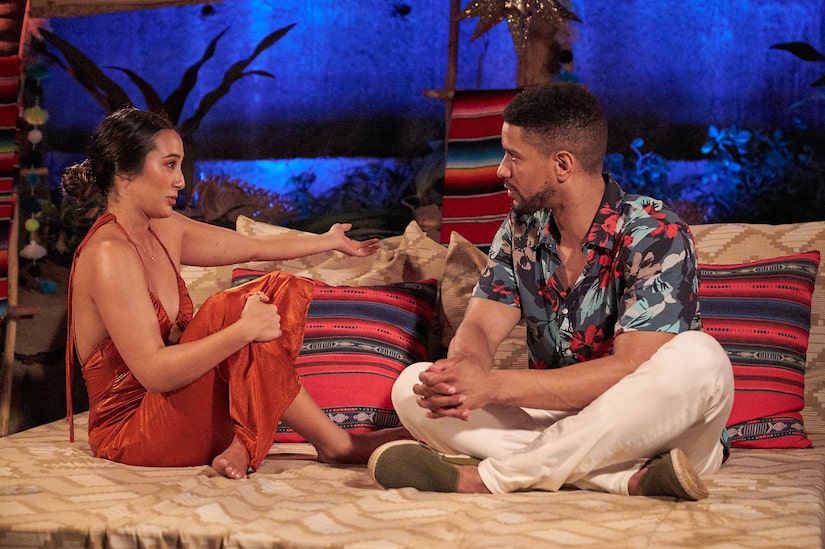 Romeo Alexander is talking it out!

Bachelor Nation fans first met Romeo on Season 18 of “The Bachelorette,” and he returned for another shot at love on Season 8 of “Bachelor in Paradise.”

Drama heated up for Romeo early on as he found himself at the center of a love triangle involving Jill and Kira that started before any of them hit the beach.

Now, Romeo is stopping by the “Talking It Out with Bachelor Nation” podcast, where he opened up about why his emotions got the best of him.

Co-hosts Mike Johnson and Bryan Abasolo asked Romeo about how it’s been rewatching himself back on “Paradise.”

Romeo opened up, saying, “I’ve been reliving it on screen. Seeing it on-screen was really good to see other perspectives and it’s helpful to talk about my actions. It’s interesting to hear people’s commentary too, and I see this as outsourcing a lot of therapy with millions of people.”

He went on, adding, “I guess there are a lot of things that other people could say are embarrassing or cringe, but for me, I wasn’t embarrassed. I knew I was going to make mistakes and I was just happy to learn. The thing that was painful was seeing how much hurt I caused Jill. It was even more painful there.”

Romeo shared that hurting Jill is what caused him to get so emotional.

He said, “That’s the reason I was crying. I wasn’t sad for myself, and I wasn’t embarrassed. I was crying because I hurt Jill and I kept thinking about how Jill felt. And then there was that feeling of ‘Is this me? Is all I do hurt people? Is it impossible for me to find success in dating?’ It triggered this weird PTSD from previous moments in my dating life where every argument with a past girlfriend just bubbled up.”

And it wasn’t just their relationship ending that upset him. Romeo said that he was bummed that he felt like he ruined their friendship too.

As Kira and Jill both have shared, the three of them were friends before coming down to “Paradise.”

Romeo shared, “It was hard to see how much of our relationship and friendship had developed over a year. It’s funny because I was shown saying the classic villain line of ‘I’m not here to make friends,’ but I really was there to make friends from the beginning of joining this franchise. I’ve been really appreciative of making so many friends, but what I didn’t realize is that making friends with women can be kind of tricky when you’re also trying to date them.”

So he explained, “I showed up to the beach being genuine friends with them already, and it hits me that some people will be going home. With Jill, I wanted to stay friends with her, but I also realized that I didn’t want to date her anymore. I just wanted her to stay and succeed. Some people saw me crying and thought I was begging for a rose, but a big part of it was just me trying to salvage the friendship.”

To hear more of Romeo’s conversation with Bryan and Mike on the “Talking It Out with Bachelor Nation” podcast, check out the full episode below. 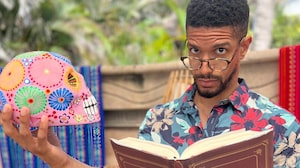 Romeo Alexander Reveals His ‘Bachelor in Paradise’ Regrets: ‘I Was Uncertain’ 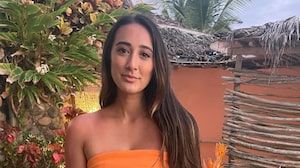