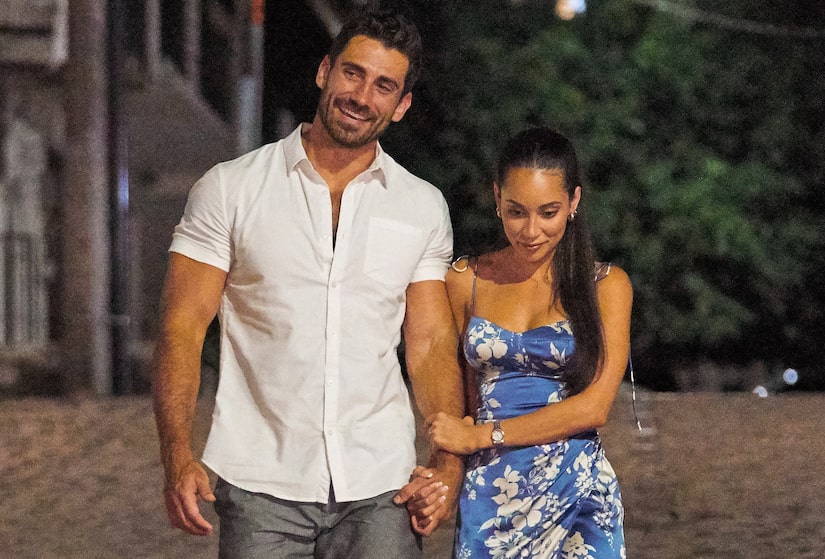 Bachelor Nation fans first met Alex Bordyukov on Season 13 of “The Bachelorette,” and he’s looking for another shot at love on the beaches of “Bachelor in Paradise” Season 8.

Now, the standout cast member stopped by the “Talking It Out with Bachelor Nation” podcast, where he opened up about his time in “Paradise” so far.

Alex talked to co-host Mike Johnson about his relationship with Victoria Fuller, which started during split week.

He said, “I didn’t even know who Victoria was. The only person I knew was Danielle, who I saw later, and obviously Wells. Obviously, I’d seen some faces here and there and saw some people on social media. But I didn’t know anything about anyone. That was kind of nice and I was coming in blind. I knew that had a chance to bite me in the a*s, because a lot of people do have friendships ahead of time.”

He went on, saying, “Even just friendships amongst other guys could’ve been nice. Like, it makes for a more comfortable dynamic. Even coming in, I felt like I was competing with these guys and I wasn’t friends with them. Versus if you were friendly, at least you have some kind of a rapport there.”

And since he came in during split week, Alex said he felt like he had to work twice as hard to break down emotional walls.

He said, “Coming in at split week almost felt like we were on ‘Survivor.’ If we got through it, we got to go to the beach. For Victoria and I, it took a while for us to hit it off. Once she started lowering her walls a little bit, we were able to hit it off because her walls were so high.”

Mike asked Alex when he finally was able to break down some of Victoria’s walls, and Alex said it was around his second day there.

He said, “On our second day there, they showed me rubbing her head, but I didn’t just come in for a head rub. We had a conversation and we connected over the books we were reading. She was reading a book about thinking logically, like a machine.”

Alex continued on, sharing, “That kind of lowered her guard a little bit and showed her that I was okay. I was just standing by the couch while she was talking to someone else and so I rubbed her head and she asked me to keep going. Other than that, I wasn’t sure if I’d be going home the next day.”

And Mike complimented Alex, saying he is “universally attractive” and any girl would be lucky to have him on the beach.

He shared what he’s looking for, saying, “I don’t care to impress everyone. That’s something that comes from the Eastern culture in my upbringing. I am not as much of a people pleaser. I think that may frustrate people. I don’t pretend to be into people I’m not and I don’t try to get attention. I treat everyone as humans and I’m not seeking affection. In reality, I’m also putting up my walls pretty high until I want to let someone in.”

To hear more of Alex and Mike’s conversation on the “Talking It Out with Bachelor Nation” podcast, check out the full episode below. 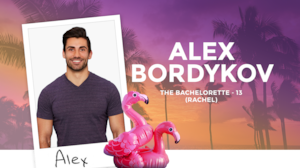 Paradise Profile: Catch Up with Alex Bordyukov of ‘The Bachelorette’ Season 13 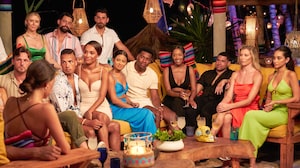