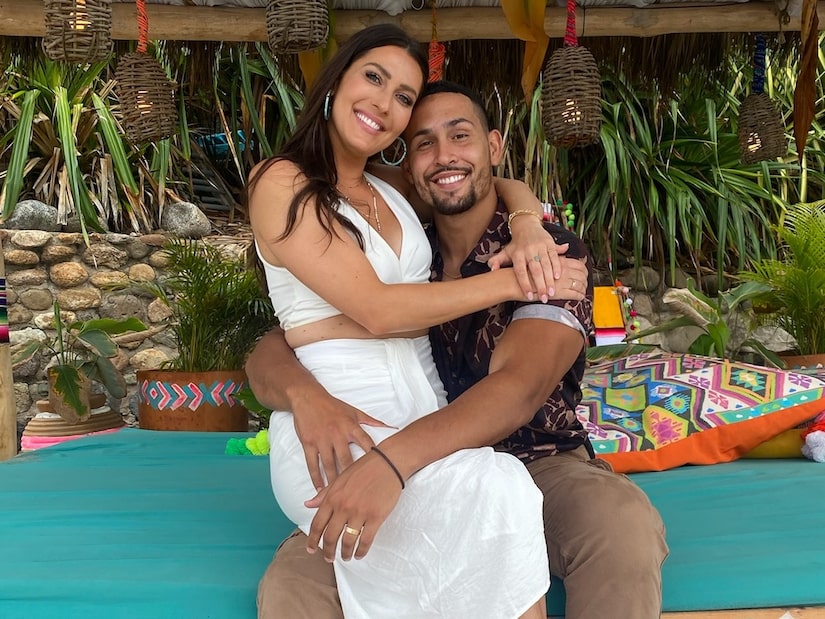 Laying it all out there.

Now, the two of them are engaged, with each of them proposing to the other.

And after their appearance on this week’s episode of “Bachelor in Paradise,” Thomas joined Becca on “Bachelor Happy Hour,” where they shared some advice for “Paradise” couples who come off the show.

Thomas said that for him and Becca, having those important conversations about who you truly are and what you’re looking for right away are really important.

He explained, “I’m speaking from our own experience. The best advice I can give to a couple leaving the beach is in the time when you aren’t allowed to be out in public, make sure you’re doing everything you can to build that relationship on a pillar of stone and not sand. What I mean by that is when you’re on that beach, you don’t have a care in the world and life isn’t going to get better than that moment. It’s really easy to not have those pivotal and important conversations.”

Thomas went on, saying, “Those conversations should be about who we are, who do we want to be, and who do we want to be together. When you have that alone time off the beach and real life creeps in, make sure you’re taking every opportunity you can to spend that quality time and have those conversations. Have the intentionality to start shaping the life that you both agree on.”

And he shared how having important chats early on made him and Becca even stronger today.

“For us, we spent the first four months in secrecy having small picnics and having super in-depth, intimate conversations. We just played games and played with the dogs, and when you look at our lives today, it’s so similar to those original early moments when we first left the beach,” Thomas shared.

He continued on, saying, “To have that continuity off the conversations, actions, and ideals, that’s what allowed us to be planning our marriage and our future.”

Becca agreed with her fiancé and shared some advice of her own for “Paradise” couples.

The former Bachelorette said, “Maybe it was because you were so mature and ready to find somebody and I had some understanding of going through this a couple times and knew how everything was going to feel when it was publicized. So we really sat down and were our true selves.”

Becca also recommended the card game “We’re Not Really Strangers” as one of the best ways to get to know somebody.

She explained that each card asks really intentional questions and said that “it was so beneficial for us.”

To hear more of Thomas and Becca’s conversation on this week’s episode of “Bachelor Happy Hour” check out the full podcast below. 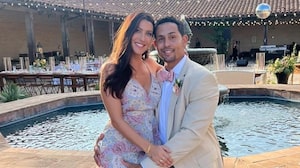 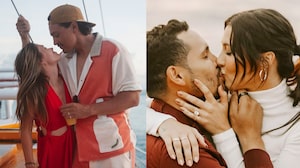 Love Is in the Air! Dean Unglert & Caelynn Miller-Keyes and Becca Kufrin & Thomas Jacobs Are Engaged!