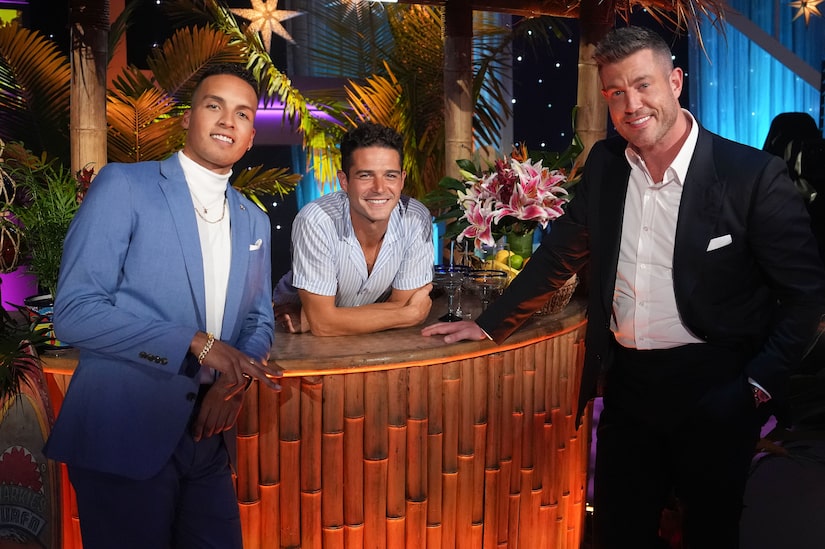 Wells Adams is spilling the tea.

The Bachelor Nation bartender stopped by the “Bachelor Happy Hour” podcast to discuss this week’s dramatic “Paradise” finale and reunion.

Wells has been a part of the Bachelor Nation family since 2016, and during last night’s reunion, he said he witnessed the most authentic thing he’s ever seen on a Bachelor franchise show.

Wells told co-hosts Becca Kufrin and Joe Amabile that Michael Allio telling Danielle Maltby that he was in love with her onstage was one of his favorite moments in Bachelor Nation history.

He said, “There was a lot more to the Michael and Danielle story that we didn’t get to see. I’ve done this show for a really long time and I can sniff out authenticity from a mile away at this point. Their story on the couch when he finally said ‘I love you’ to her, it was the most authentic thing I’ve seen on that stage ever.”

Wells went on, adding, “She was shocked. Jesse was trying to get through prompter reads to get to commercial, but Danielle gave zero f*cks about that. She was so caught up in the moment of what just happened that she was stepping all over Jesse’s lines, which was hilarious to me. Sometimes, you wonder if any of it is real and from where I was standing, it felt like the most authentic thing I’ve ever seen on the show.”

Wells shared that this moment actually made him emotional, especially because he has a longtime friendship with Danielle from before their Bachelor Nation days.

“It made me tear up a little bit. I think that’s why we all watch, right? We get to have those real feelings, whether that’s laughing, crying, or anger,” Wells said.

We couldn’t agree more and love Michael and Danielle’s love! We can’t wait to see all that the future has in store for those two!

To hear more of Becca, Wells, and Joe’s conversation, check out the full episode of “Bachelor Happy Hour” below. 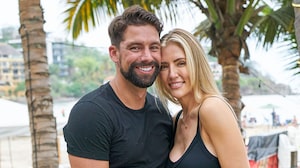