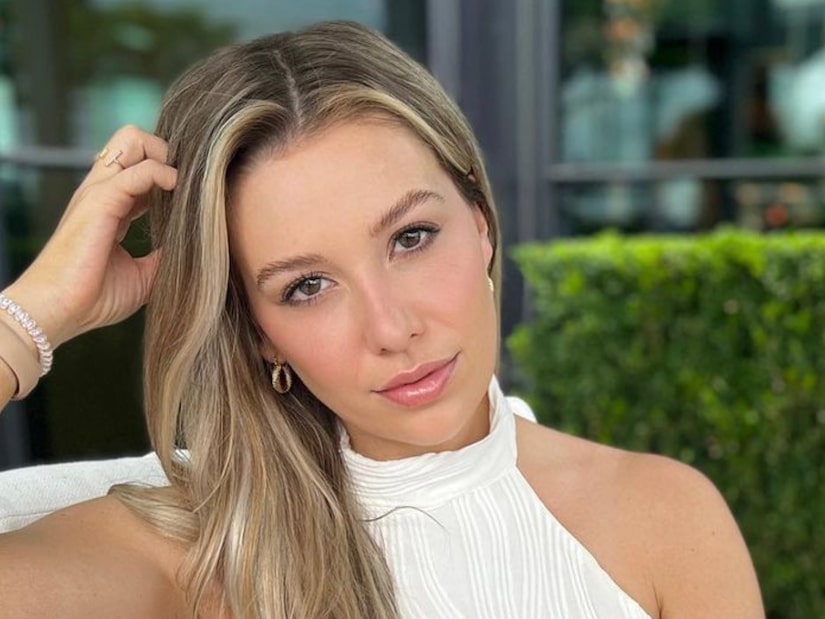 Bachelor Nation fans first met Hunter Haag on Season 26 of “The Bachelor,” and she went on to appear on Season 8 of “Bachelor in Paradise.”

Now, she’s stopping by the “Click Bait with Bachelor Nation” podcast, where she is opening up about a past relationship that she discussed during her time on “The Bachelor.”

As fans recall, Hunter took part in the vulnerability group date on Clayton’s season of “The Bachelor,” where she revealed that she had an ex who body shamed her and made her feel unworthy.

She discussed this relationship with the “Click Bait” co-hosts and revealed that her ex was also cheating on her while pushing unrealistic body standards on her.

Hunter said, “I knew that my ex was talking to this girl with dark hair and light eyes and how that was something that he liked. He was interested in what I would call a Kim Kardashian body, which is in many ways an unattainable body. During the vulnerability date, that meant more of a Paris Hilton, but he wanted more of a Kim Kardashian. I could try as much as I want, but that is unattainable for me.”

She went on, saying, “He would get me to go to the gym and tell me to do squats. I was doing them, but it wasn’t happening. I will never look like Kim Kardashian. That’s never gonna happen. He was talking to this girl that I found out about, and he said it was nothing. But a year later I found out that he had been with another girl for a couple of weeks and she actually moved into his apartment with him. They even got a dog together and it was a whole thing.”

Hunter got candid about their relationship and how her ex was cheating on her both physically and emotionally.

She revealed how this toxic relationship experience and breakup affected her moving forward in the dating world.

The Bachelor Nation star said, “He was emotionally cheating, physically cheating, and everything. I had never thought that he would cheat on me. I always thought it would be something that was more related to addiction, but it turned out that he cheated and his decision-making was skewed.”

Hunter continued on, sharing, “It made me super guarded. It made me not want to give anybody else a chance. That was why going on ‘The Bachelor’ was such a huge leap of faith for me because I never wanted to put myself out there again. I’m getting emotional thinking about it because I just didn’t feel worthy.”

To hear more of Hunter’s conversation on the “Click Bait with Bachelor Nation” podcast, check out the full episode below. 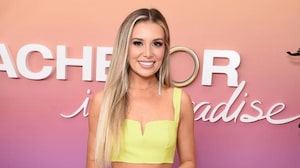 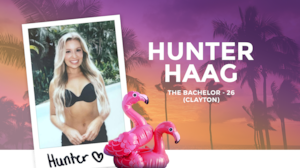 Paradise Profile: Catch Up with Hunter Haag of ‘The Bachelor’ season 26