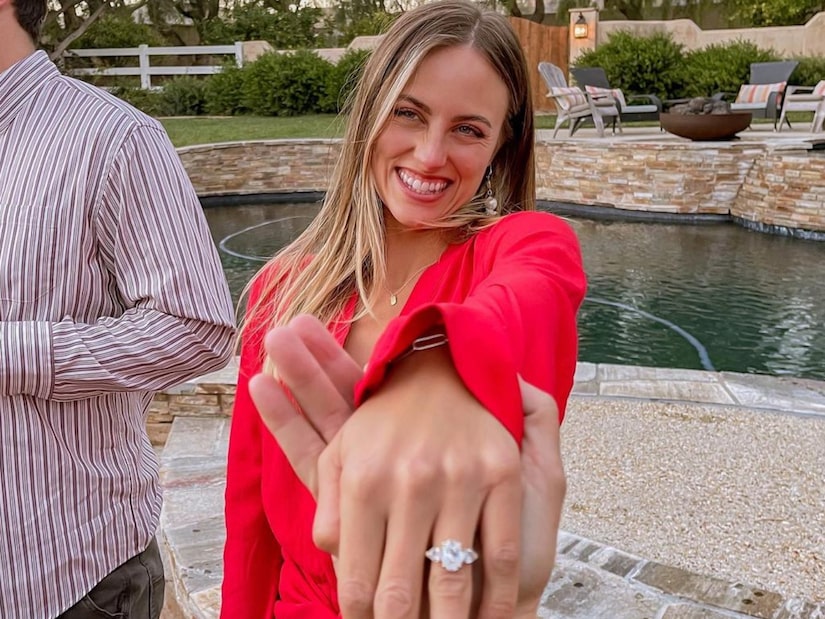 Then, in October, Kendall revealed that the two are moving to Germany together and are excited to be living in Europe.

And last month, Kendall took to Instagram to reveal that the two are engaged!

Now, the Bachelor Nation star is stopping by the “Bachelor Happy Hour” podcast to discuss her relationship with her fiancé, wedding planning, and more!

Kendall started off by sharing with co-hosts Becca Kufrin and Michelle Young how she and Mitch first met.

She said, “We met through a mutual friend, one of his volleyball buddies. We met at a pregame before going out together. The first thing I really enjoyed about him is that he’s very into science like myself. That’s how we first really connected. From there, we just clicked. We knew from there that we would be together.”

Becca asked if there was an initial attraction right away, and Kendall confirmed there was.

Kendall shared, “When I first met him, I thought he came with a girl. I thought he was really cute and he was really into science, but I was trying not to look at him. I found out later on that night that he was not spoken for. We met the day before his birthday, so at midnight we had our first kiss on his birthday. There was a lot of chemistry!”

Michelle asked if Mitch knew about her time on the Bachelor Nation shows when they met, and Kendall said he knew of it but hadn’t watched.

“He knew elements of the show because our friend that introduced us was supposed to be on Clare’s season of ‘The Bachelorette,’ so he knew that we had met through the Bachelor Nation world. He has still never seen it and I encourage him not to watch it. We might one day, but it’s just weird to watch yourself kiss other people,” Kendall explained.

And now that the two are engaged, Becca asked if Kendall had a feeling Mitch would be popping the question.

She said, “When you’re in a relationship for a while and you can feel that they’re the one, you know that you want that. Right before we left for Germany it happened, and it was great because our families were there. We were able to celebrate with them.”

Kendall also shared where she and Mitch are at with wedding planning, revealing, “We’re going to be in Germany for two years, so I want to wait to have our wedding back home with family. I’m thinking we’ll get married when we get back in a couple years. It will be a couple year engagement until we tie the knot officially.”

We are so happy for Kendall and can’t wait for all that the future holds for her and Mitch!

To hear more of Kendall’s conversation on the “Bachelor Happy Hour” podcast, check out the full episode below.

And click here for the resources discussed in this week’s episode: Profiled (DocuSeries), Harry & Meghan, and Black Forager. 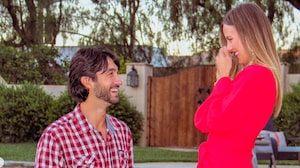 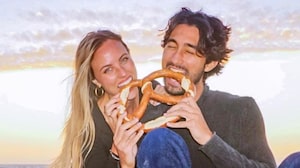