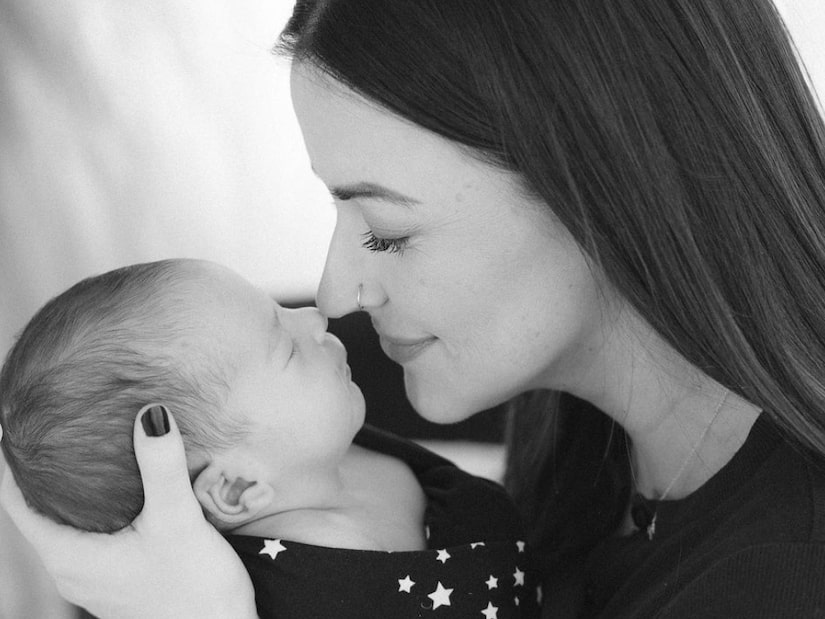 In July, Bachelor Nation star Tia Booth and her fiancé Taylor Mock revealed they were expecting their first child together.

Then, on December 6, their baby boy Tatum Booth Mock was born!

Since he was born, Tia has been posting the sweetest photos of her son on social media and sharing postpartum updates.

Now, the Bachelor Nation star is sharing her birth story and reflecting on the first moment she saw her baby boy.

For his 1-month birthday, Tia took to Instagram to share photos from their newborn shoot and wrote, “My water broke Sunday 12/4 when I was 37 weeks, 3 days but it was just a trickle so I didn’t realize that was it! I messaged my OB the next morning and got a call almost immediately. The nurse said that was definitely my water breaking and to go to the OB ER asap since I was going on 12 hours since the rupture.”

The Bachelor Nation star went on, sharing that she thought they’d be sent home after getting to the ER because she wasn’t far along enough, but to her surprise, they were admitted!

Tia said, “At this point, it’s about noon and I was only 1cm dilated, but 70% effaced. I was started on pitocin to get labor started because I wasn’t even having contractions. This process was slowww. It took all night to make any progress and my OB was worried about it being 24 hours since the rupture. I made it through maybe 8 brutal contractions before I asked for the epidural.”

One round of the epidural wasn’t enough, with Tia saying, “It took another round to get both of my legs good and numb, but thank goodness no more pain. My amazing nurse, Maggie, had me in all different positions to speed up the dilation process and about 4am, she said we were 9+!!!”

At this point, Tia said she got emotional despite having almost no energy left because she knew they were so close to meeting their baby boy!

She shared that there was some peaceful time with just herself, Taylor, and their nurse before her OB arrived.

Thanks to the epidural, Tia said, “It was insane not being in any pain, but feeling the pressure of him moving further down. I’ll never forget the moment I knew he was here and seeing him for the first time. I didn’t even care that I saw a needle and thread down there (JK the epidural wore off and that was brutal) but Tatum is just our favorite person EVER and we don’t know how we ever lived without him!”

We are so happy for Tia, Taylor, and Tatum! We love their little family and can’t wait to see more of Tatum as he grows up! 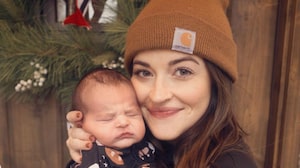 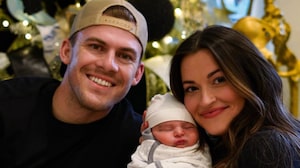