Catching up with our Bachelor!

On Monday night, Bachelor Nation fans saw Zach Shallcross kick off his journey as our leading man, and night one was already filled with romance and tears.

Now, Zach is stopping by for an exclusive chat with BachelorNation.com, where he reflects on night one and teases what’s to come this season.

Check out his full interview below.

Bachelor Nation: First and foremost, congrats on an exciting night one! It was so fun to watch. Was there one limo entrance or moment in particular that stood out to you?

Zach Shallcross: Thank you! And yeah, so many were fun, but I have to say Henry the pig. I loved that. I love a pig!

BN: Yes! He was so cute and that was such a fun moment. Speaking of the limo entrances, after meeting all the women before you even went inside, you told Jesse that you had a gut feeling that you could have just met your wife. What was it about the limo entrances that gave you that gut feeling?

ZS: Yeah, it’s hard to, like, pinpoint, but my gut definitely gave me that feeling. You know, initially, your mind is going 1,000 miles an hour. I was wondering, am I going to find my best friend? Is this going to work for me? Is everyone taking this seriously? How’s this gonna work? And after actually just seeing everyone and having that brief few minutes with each of them, something was just telling me inside that all these women are incredible. I realized that I’m so fortunate and lucky to even be here. At that moment, I just didn’t have any doubt that someone really special was there for me. It’s weird and there wasn’t one exact moment, but it was just an overall feeling.

BN: That makes a lot of sense! Was it helpful for you having mentors like former Bachelors Jesse Palmer and Sean Lowe by your side throughout the season?

ZS: Absolutely. I didn’t want to come in with any real rules or a playbook or anything like that. I just wanted to experience it fully, and having their advice did play a big role. Jesse and I became great friends, and throughout the season whenever I wanted to just bounce any ideas off someone, he was always there and supported me through it all. And Sean cracks me up like no other. I don’t think a lot of people know, but he is hysterical. He just made me feel more comfortable and confident going into the whole thing. You can’t help but have your mind race and wonder if you’re good enough or if you can handle it. But he was there and supported me and said, “Dude, you got this, like, it’s gonna be one hell of a time. Love it, embrace it. Be yourself. Don’t try to be who others want you to be, just be the Zach that you’ve always been.” And that was what I needed to hear going into it. So both Sean and Jesse absolutely helped me a ton.

BN: That is some great advice. Did either of them say anything else that really stuck with you?

ZS: Yeah, another piece of advice from Jesse and Sean was to stay away from the opinions and the negative comments. It really doesn’t matter in the end. If this whole thing works out for you, all that matters is you and your person. Everyone’s gonna have an opinion, both good and bad, but it’s best to just avoid it because it really doesn’t matter.

BN: Absolutely. Did you have a chance to connect with any other former Bachelors or Bachelorettes?

ZS: Yes! After filming I did get to finally meet Clayton for the first time, and I had a really good conversation with him for a long time. He offered his support to me and is going to continue to offer any advice if I need it. He’s someone who’s in my corner and said if I ever need anything to ask him. We also talked for an hour and a half on the phone when he was on a road trip.

BN: That’s awesome! Clayton is the best. Jesse said your season is the most emotional season he’s hosted and that goodbyes were really tough for you. Can you tease any super emotional moments?

ZS: The goodbyes were definitely the hardest part of it all for me. Part of that comes from knowing what it’s like to be in that position and leave everything behind to be so vulnerable. Then sometimes it doesn’t work out and you go home, so I know the pain of being told no. I hated having to give that feeling to someone or tell someone no and seeing that pain. It weighed like double on me and felt so tough to go through. And as relationships progress later in the season, all of the Rose Ceremonies get really tough.

BN: I can imagine that must be so hard. Was there something that you took from your experience with Rachel and applied it to your own experience as the lead?

ZS: Absolutely. I think the most important thing by far in any relationship, not just on this show, is communication. That felt like it was missing a bit for me last season and so from night one, I told all the women before we even started that we need to have an open line of communication whether it’s good or bad. It could be the worst news, but I don’t want any question marks between us or any gray areas. I always want openness and honesty, so that was something I made clear from the very beginning to the very end. I just think it’s key to having a healthy relationship.

BN: Yeah, we definitely see that unfold right away on night one. Do you look back at the experience now and wish you would’ve done anything differently or are you confident in your decisions?

ZS: I think everything happened for a reason. Now, did everything go perfect? No, absolutely not. As cliché as it sounds, no one is perfect. I tried to do the best I could and did what felt right to me at those tough moments and I had to make tough decisions. Things could have been handled better, that’s for sure. I think all of that really builds up to the end. But looking back now, I wouldn’t trade anything.

BN: Oh, we love that tease! One final question for you Zach: If you could describe this season in one word, what would it be?

ZS: Romantic. It’s not drama like the show has seen in the past, which I think is a good thing. What’s at the core of this show is the romance and relationships, and that’s how this season felt to me.

BN: We love a love story! Can’t wait to see how it all unfolds. Thank you so much, Zach!

Make sure to tune in to “The Bachelor” on Monday nights at 8 p.m. on ABC. 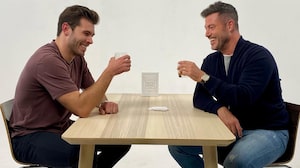 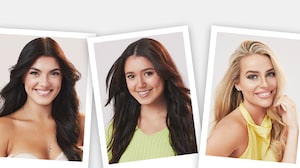