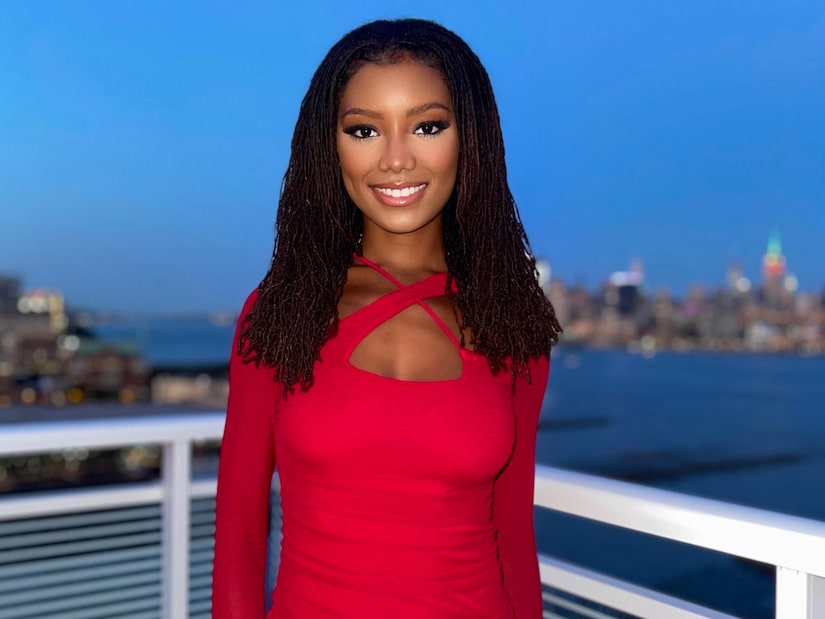 The recipient of America’s First Impression Rose is opening up!

On the “After the Final Rose” special of “The Bachelorette,” fans saw Brianna receive the very first rose of new Bachelor Zach Shallcross’ season.

America voted on which woman they thought had the best connection with Zach, and Brianna got to take home the rose knowing she’d be safe through week one.

Now, Brianna is stopping by the “Bachelor Happy Hour” podcast, where she’s opening up about having that rose and how it impacted her first night on the show.

Co-hosts Michelle Young and Becca Kufrin asked Brianna if she was nervous going into the show with the rose because it might put a target on her back with the other women.

Brianna got candid, saying, “Having people not like me for having a rose already or having that target on my back was something I was really concerned about. I was so excited and so happy because when America saw Zach and I, they felt what I was feeling. In that moment, I genuinely felt like I was feeling head over heels and I felt that connection and chemistry. It really translated well. So going into the show, I was worried how I would do more than that.”

She went on, adding, “Honestly, I am not an arrogant person, and I don’t want to make anyone feel bad. I know coming in with a rose and having to walk around with it all night can create an anxiety point for other people who don’t have roses yet. Coming in already having it and having to hold it made me want to hold it low or behind my back. I didn’t want to seem like I was showing it off. That was not my intention. If I was in the other girls’ position, I would’ve seen the rose and been stressed out too.”

And while Brianna may have already had a rose, she said it was still important to her to get to know Zach.

She explained, “I think what people didn’t understand is that while I was safe, this was also my first opportunity to really get to know Zach as well. Outside of those few moments that we saw on TV, Zach and I didn’t get a chance to speak. It was really tough for me because all night I only got comments saying I didn’t need to talk to him because I was safe.”

Brianna opened up about how some of the women actually went as far as trying to physically block her from chatting with Zach on night one because she already had a rose.

She said, “Besides from an obvious person who went out of their way to put me down, most people were nice. There was the occasional snide comment with girls asking why I didn’t just wear sweatpants because I didn’t need to talk to him that night with having America’s First Impression Rose. I was trying to be cognizant that it would look bad if I pulled Zach more than once, but to the girls it would look bad if I tried to pull Zach at all that night.”

Brianna went on, saying, “I finally got to talk to him around 4:30 a.m., and people were literally physically trying to get in the way of me going over there. I was standing outside waiting for his conversation to have a little lull and people were coming over saying I better not go in there to go and talk to him because I already had a rose.”

Michelle and Becca gave Brianna some credit and shared that it’s not as easy as it looks to interrupt conversations on the show.

They also both agreed that Zach clearly wanted to talk to Brianna, so they were glad she popped in.

To hear more from Brianna, check out the full episode of “Bachelor Happy Hour” below.

And check out the resources from this week's episode here: Diversity Gap podcast, How I Built This podcast, and Florida Rejects A.P. African American Studies Class article. 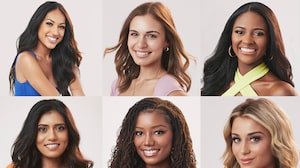 Meet the Women Appearing on Zach Shallcross’ Season of ‘The Bachelor’!