A lot went down in the windmill when the cameras weren’t on, but we’re learning about it little by little.

Hannah Brown shared a bit more info when she made that big reveal on part one of “The Bachelorette” finale on Monday night. “I was a little dishonest about something,” Hannah said while sitting next to Peter Weber onstage. “There was something I said Peter and I did twice — it was actually four times.”

Hannah and Peter clearly turned up the heat in the Fantasy Suite windmill — perhaps a bit too much.  The pilot stopped by Rachel Lindsay and Ali Fedotowsky-Manno’s new podcast “Bachelor Happy Hour with Rachel and Ali” and shared some exclusive information about that night.

The Westlake Village, California native foreshadowed what was to come a bit earlier in his interview with Rachel and Ali. “Love’s not perfect. Love is messy sometimes,” he said. 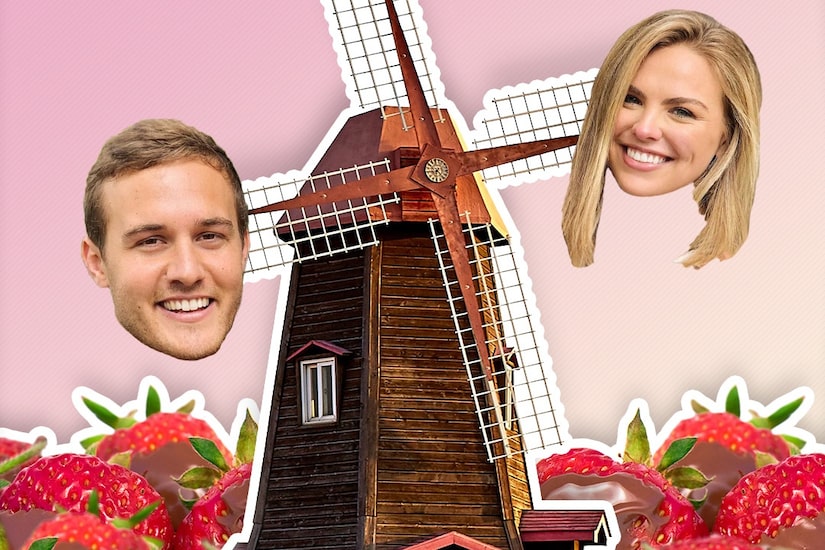 He continued, “The next morning when we were leaving, one of the producers came up to me and said, ‘Yo, Peter. You guys destroyed that windmill.’”

Peter explained they were sitting on “some antique rugs” and “the chocolate had melted on them and destroyed all of it.”

According to the producer, the windmill owners were “okay with it.” Nonetheless, it was an important tidbit of information for Peter and Hannah to know about their time in the windmill.

“It was a funny inside thing that happened,” Peter shared with Rachel and Ali.

For more on Peter’s interview, listen to the first episode of “Bachelor Happy Hour” on Apple Podcasts, Spotify, or wherever you get your podcasts. Don’t forget to subscribe!