Now that Hannah Brown and Jed Wyatt are kaput, we have some more information as to how Susanne and Robert Brown really feel about their daughter’s pick on “The Bachelorette.”

As we saw on the season finale, Susanne and Robert were more Team Tyler than Team Jed. They felt like Tyler “had good intentions” whereas they had more concerns about Jed’s financial stability. She appeared upset at the time that her parents favored Tyler over Jed, when she wanted it to be the opposite.

Hannah appeared on “Jimmy Kimmel Live!” on Tuesday night after the finale and discussed her parents’ reaction as well as who she thinks should be the next Bachelor. Jimmy Kimmel asked how “relieved” her dad was about the breakup. He also asked if Robert had heard Jed’s “dog food jingle,” which instantly became a viral internet sensation.

“He was pretty concerned about the jingle business,” Hannah told Kimmel.

She added, “I actually called my mom the other day to tell her some news and she said, ‘Don’t tell me you’re back with that boy!’ and my dad goes, ‘Oh hell no!’”

As for the dog food jingle, Hannah did hear it, but didn’t elaborate on the tune. “I don’t think my dad wanted to hear it,” she said.

Hannah told People in their new cover story that she didn’t immediately tell her parents she and Jed were engaged. “I didn’t call my parents for like, three days. I knew they’d be disappointed. I wanted to be able to celebrate finding my person and have that time to be with him,” she said. 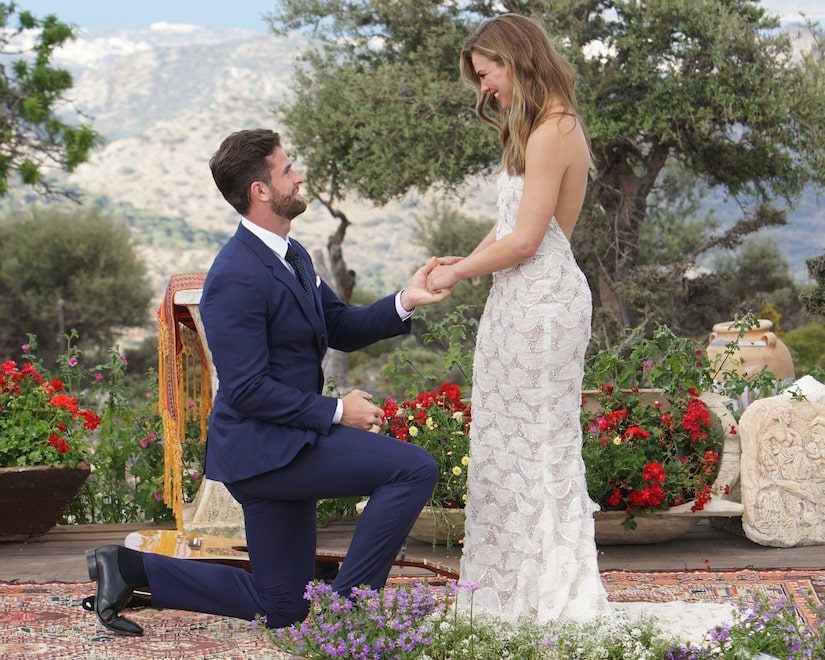 Hannah’s season has come to a close, which means “The Bachelor” will come in due time. Her favorites? “I thought Peter was really great. Mike is great,” she told Kimmel. “I want them to have happiness, so maybe it’ll work out better for them than it did for me.”

Peter told Rachel Lindsay and Ali Fedotowsky-Manno on “Bachelor Happy Hour with Rachel & Ali” that he would “100%” accept the offer of Bachelor if it was given to him.