Hannah Brown has had quite the whirlwind few weeks.

Her season of “The Bachelorette” ended just over a week ago, yet it feels like eons because so much has transpired in the interim. On the finale, Hannah confirmed that she and Jed Wyatt were no longer together, and then hung out with Tyler Cameron a few days later. A few days after that, Tyler was seen out with supermodel Gigi Hadid in New York City.

Since Hannah’s time as the Bachelorette has drawn to a close, the question of who becomes the next Bachelor remains a mystery. There are still many fans who believe Tyler would be a great choice for the leading role. Hannah stopped by Rachel Lindsay and Ali Fedotowsky-Manno’s podcast “Bachelor Happy Hour” and discussed a series of topics — including Tyler as the potential Bachelor.

Hannah first said he thinks that “Peter or Mike would be great for Bachelor.” She then added in terms of Tyler, “I think he likes to date around, so maybe he would be a good Bachelor.”

(Peter said on a “Bachelor Happy Hour” episode he would “100%” be the next Bachelor if it was offered to him.) 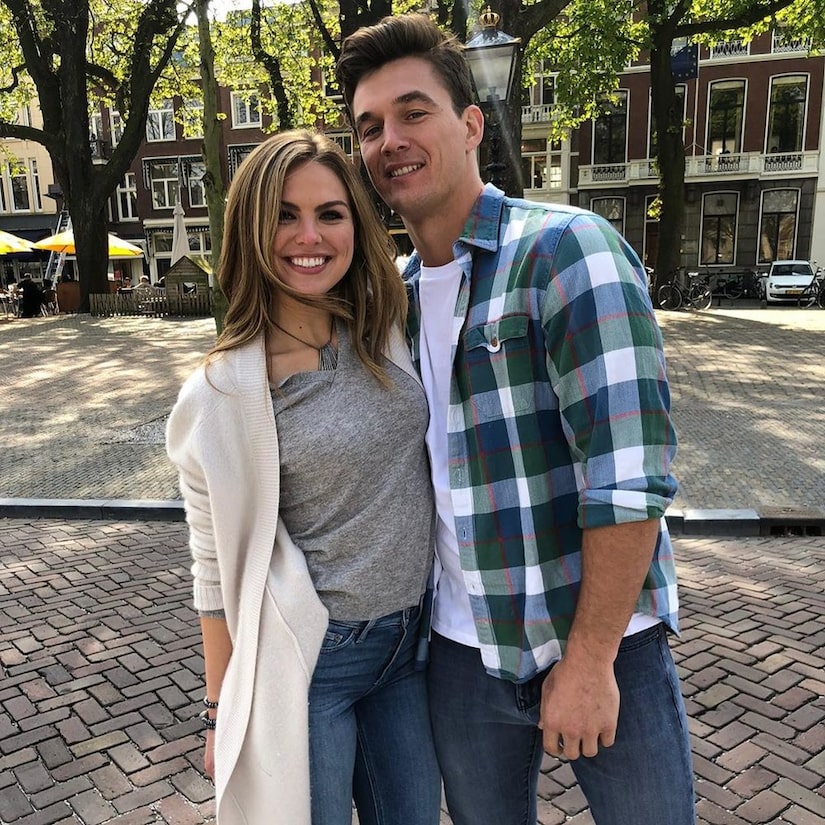 Ali asked if Hannah was hurt about Tyler’s nights out with Gigi Hadid, and she had a very diplomatic take on the matter. “He has every right to do whatever he wants to because we were just hanging out, seeing where it goes. I am completely fine with that,” she said.

Hannah added, “It was a little confusing, but he can do whatever he wants to. I know that I can too and I am going to continue going onward and upwards. I just think that I’ve made it very clear — I have no shame that I’ve been very honest, that I still have feelings — but at the same time, I am not tied to any man or tied to Tyler. I’m not going to be.”

Rachel chimed in and told Hannah she felt it was “disrespectful” for Tyler to go “on a world tour dating people in public” and doing it in a way “where you know it’s going to get so much attention.”

Hannah responded, “That’s my beef with it, too.”

Listen to the new episode of “Bachelor Happy Hour with Rachel & Ali” and hear the rest of what Hannah has to say about Tyler, how Demi Burnett is changing the conversation on “Paradise,” and more.

Make sure to subscribe today on Apple Podcasts, Spotify, or wherever you listen to podcasts.