Dating on national television doesn’t exactly seem like a walk in the park. Neither does dating on a television show in front of your ex-boyfriend. Imagine how Angela Amezcua and Clay Harbor feel.

Angela and Clay started dating last year after Angela appeared on “Bachelor in Paradise” Season 5 and befriended newlyweds Chris Randone and Krystal Nielson. They were together for eight months before breaking up earlier this year.

Though Angela wants to let bygones be bygones, her arrival at the “Bachelor in Paradise” beach opened up old wounds but also helped close a chapter in her book. The 29-year-old called into “Bachelor Happy Hour with Rachel & Ali” and talked with Ali Fedotowsky-Manno and guest co-host Krystal about how she felt seeing her ex on the beach. (Rachel Lindsay was off on her honeymoon in Greece with her husband Bryan Abasolo!)

The model initially faced a lot of flack because she joined the “Paradise” cast knowing that Clay was already there. However, Angela said going on the show was a “last-minute decision” that was “contingent on if I made a connection at [Chris and Krystal’s] wedding.” Well, it turns out she did make a connection — two of them. She ended up hitting it off with Chase McNary and Mike Johnson at the wedding, which helped sway her decision towards coming down to the beach.

“Obviously, it’s a weird situation,” Angela said. “That’s uncomfortable, but I did not want Clay to manipulate my decisions any longer. I took Clay out of the equation. I have two hot guys who are interested in me and I’m interested in them so with Clay out of the picture, would I want this? Hell yes! I don’t want him to hinder any of these decisions.”

She explained that her “anthem going into ‘Paradise’” centered around “focusing on my two connections” rather than Clay. As seen on the September 3 episode of “Paradise,” Angela went on a date with Chase, which upset her ex.

Angela opened up a bit during the podcast about her breakup and how it was so “out of the blue.” She said she felt “shocked” and “did not see it coming.” Angela explained that Clay had been “feeling down” and “lost” because he did not get picked up to play for another NFL team, which forced him to look for a “new identity.”

She said, “He said he needed to be alone, to find myself. He said it had nothing to do with you, I needed to figure myself out before being in a relationship.” 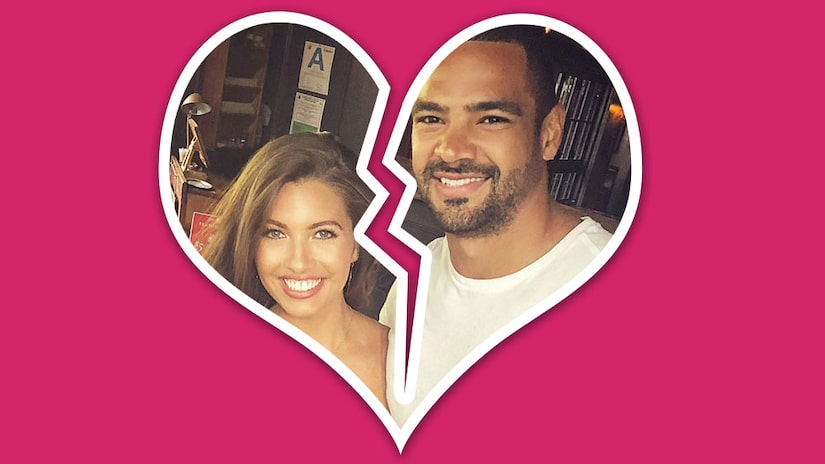 Angela told Ali and Krystal that when a relationship is over, it’s over for good. She said, “I’m the type of person where if I break up with someone, that’s it. I won’t talk to them because I need to start the healing process for myself.”

Clay’s decision to go on “Bachelor in Paradise” also solidified the end of the relationship for Angela. She explained, “The second he stepped on that beach, I was over it. That display of character is not something I look for in my partner.”

In the end, however, Angela has no “ill will” towards her ex. “I’m not a bitter person,” she said. “I don’t have grudges. I do wish him the best. I hope he’s happy and I hope he figures out his next steps in life.”

She added, “I don’t wish any ill will towards him and I hope he’s happy. It made me sad to see him so low. Clay and I went through a lot together, and I wish him nothing but the best.”

For more about Angela’s take on Clay, “Paradise,” and more, listen to the new episode of “Bachelor Happy Hour with Rachel & Ali” now.

Make sure to subscribe today on Apple Podcasts, Spotify, or wherever you listen to podcasts.