It’s time for the rumor mill to be put to rest: Mike Johnson has officially and exclusively confirmed that he’s met Demi Lovato “more than one time.”

Mike appeared on a special episode of “Bachelor Happy Hour with Rachel & Ali” and divulged a little bit of information about his time with Demi. He played coy, saying, “I will always answer the question, you just gotta ask them directly,” which proved no problem for attorney Rachel.

The 31-year-old said he and Demi “have met in person,” and he offered nothing but praise for the “Confident” singer after Rachel asked him what Demi was like. “I think she’s amazing. She’s incredibly humble,” he said.

The Air Force veteran also provided a glimpse into what they talk about and what they have in common. He shared, “When Demi and I are together, it’s laughter and we talk about real s—t. She’s a down-to-earth woman and I respect it so much. She’s just a really humble, really cool woman.”

Plus, it doesn’t hurt that she and her bodyguard both hail from his home state of Texas (Rachel is also from Texas).

“That’s what’s up,” Mike said about the similarity. 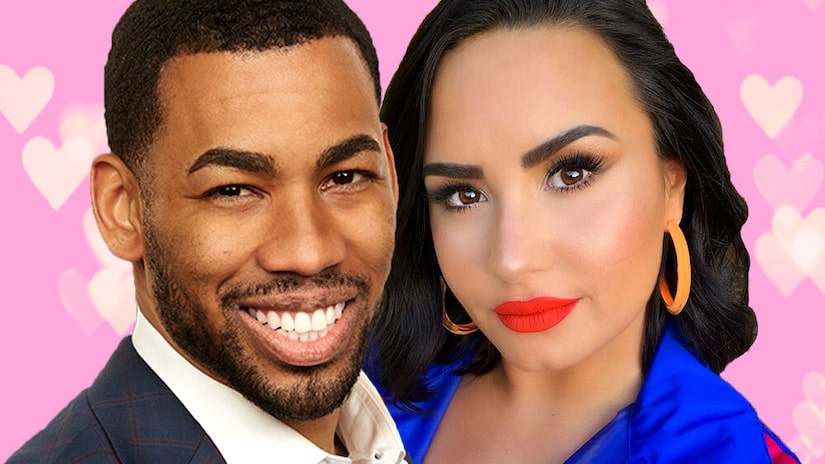 Mike then called Demi “an extremely sweet woman.” Rachel asked about their relationship status and he explained, “My status of the relationship is that we are two people exploring each other.”

Their long-awaited time together brings a huge sigh of relief for “Bachelorette” and Mike fans. Demi made it clear throughout Hannah Brown’s season that she was Team Mike all the way. Mike was aware of this and told “Bachelor Nation” in July that he had a message for her: “Let’s go on a date.”

That message came through loud and clear.

More recently, Mike left a flirty comment on one of Demi’s Instagram photos, where she spoke about body image and body positivity. She captioned it, “I want this new chapter in my life to be about being authentic to who I am rather than trying to meet someone else’s standards. So here’s me, unashamed, unafraid and proud to own a body that has fought through so much and will continue to amaze me when I hopefully give birth one day.”

Mike replied, “Look at me like that again. Love yaself,” and added a smirking emoji. She replied with a kissing face emoji.

Though many Bachelor Nation fans are disappointed he was not named as the next Bachelor, perhaps Demi’s own wishes will come true as she accepts Mike’s personal rose for now.

Be sure to listen to Mike’s interview on “Bachelor Happy Hour” now as well as Rachel and Ali’s powerful and exclusive discussion with Blake Horstmann about going to a “dark place” after the show and his time on “Bachelor in Paradise.”

Subscribe today on Apple Podcasts, Spotify, or wherever you listen to podcasts.