Arie Luyendyk Jr. has some words of wisdom for the new Bachelor, Peter Weber.

The Season 22 Bachelor answered questions on an Instagram Q&A on Wednesday, and one of them pertained to Pilot Peter and his upcoming sojourn into Bachelor Mansion. A fan asked, “Do you have any advice for Peter?”

Arie posted a photo from his first night as the Bachelor standing in the driveway next to a grinning Chris Harrison. He responded, “It’s the most insane experience that comes with an enormous amount of pressure and stress, but at the same time you have to block that out to soak it in and ENJOY IT.”

He got a bit more candid in the second half of the answer. “I got run down and overwhelmed and I wish I would have been able to relax and it enjoy more looking back,” he continued. “So happy that I found Lauren, no matter how imperfect people at home thought my season was.” 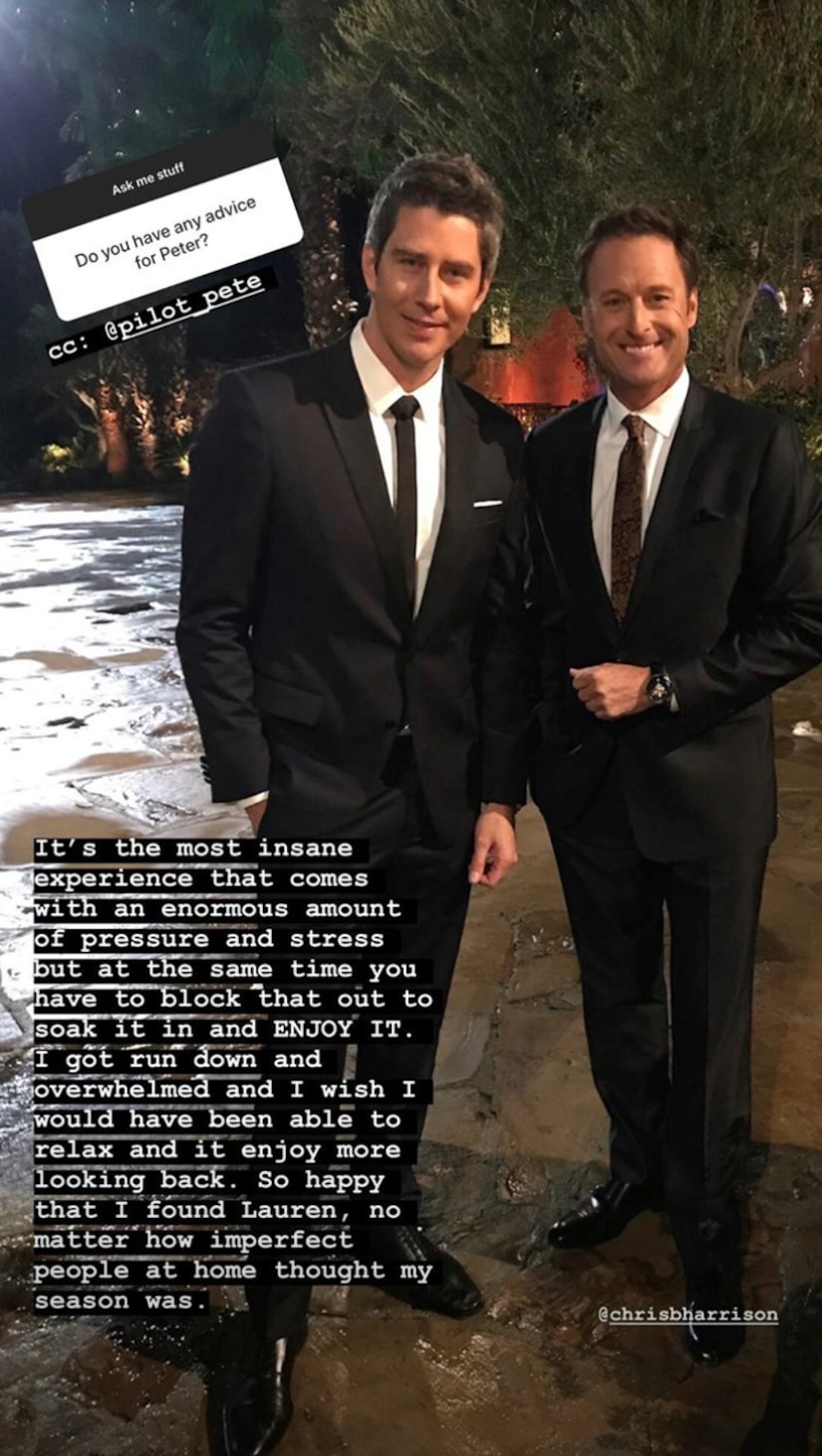 Arie said of his wife, Lauren Burnham Luyendyk, in another post, “I’m just lucky she chose me back.”

Life has been moving at lightning speed for the Luyendyks since their time on “The Bachelor.” Not long after his season ended, Lauren and Arie bought a home together in Arizona and then announced they were expecting their first child together! Lauren gave birth to their daughter Alessi Ren Luyendyk on May 29, and their little girl has quickly melted hearts with her big smile and even bigger blue eyes.

Four months before giving birth to baby Alessi, Arie and Lauren tied the knot on January 12 in a romantic ceremony in Hawaii.

Now it’s Pilot Peter’s turn to find love! ABC shared photos and some information about the 33 women chosen for the season, making Bachelor Nation all the more eager for Peter’s season to start. Be prepared to meet five Texans, four Chicagoans, two Laurens, and two Victorias.

How to Travel with a Baby, According to New Mom Lesley Murphy