Hindsight is 20/20, and Kristina Schulman is seeing her time on “Bachelor in Paradise” through clear eye

The 26-year-old opened up to Rachel Lindsay and guest co-host Demi Burnett about her time on “Paradise” and her attitude going into the show on a new episode of “Bachelor Happy Hour.” Kristina found herself enmeshed in a number of dramatic storylines, many of which revolved around Blake Horstmann.

At one point in the podcast, Rachel asked Kristina if she felt she made “any mistakes this time around that hindered your ability to find love or establish certain friendships.” Kristina bluntly replied, “The main mistake is going to ‘Paradise.’ There’s a lot of mistakes.”

She elaborated a bit more on that answer and why her tenure in “Paradise” this year was difficult. “Going into ‘Paradise,’ I wanted to have fun,” Kristina explained. “I actually did close off myself to a lot of relationships because I was scared, but I wanted to put on this badass female attitude. I ultimately wanted to set an example that you can go through these heartbreaks and come out stronger. That was more of my goal of ‘Paradise’ than anything else.” 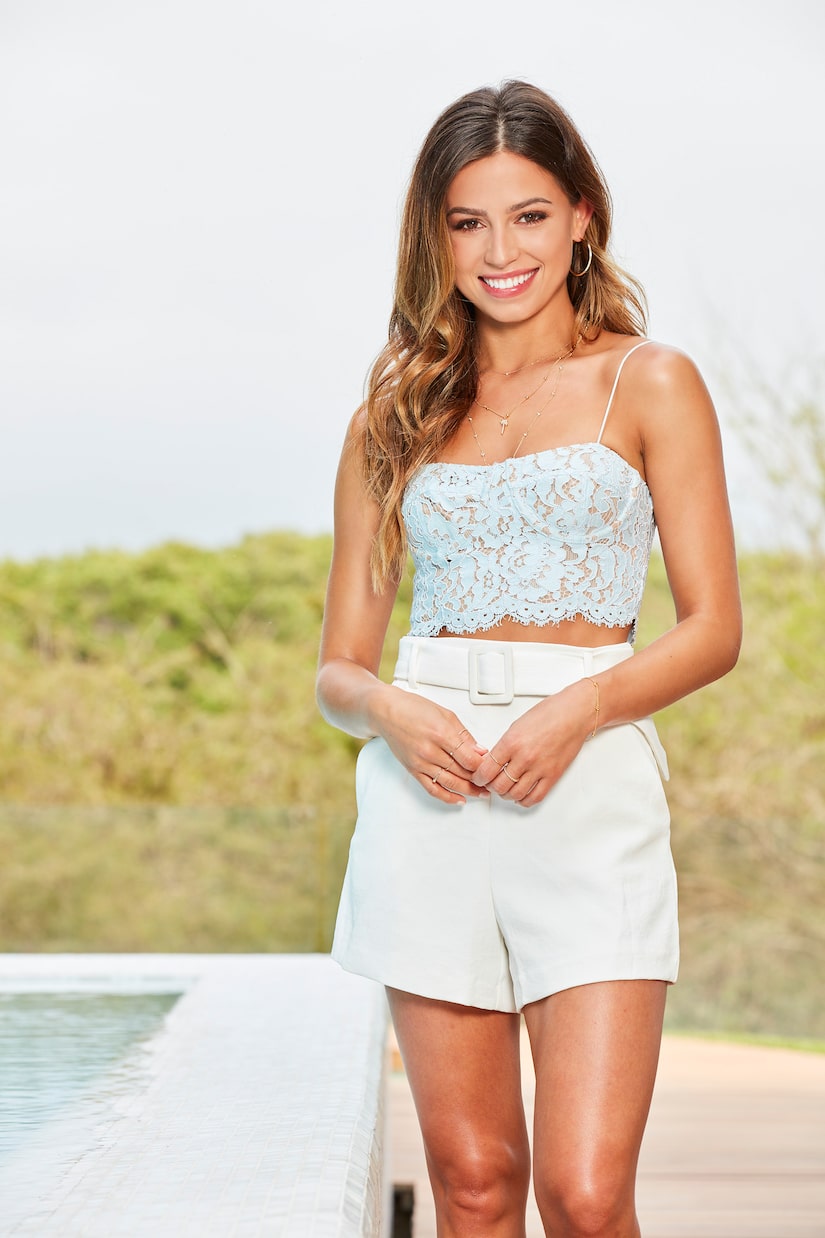 Kristina admitted to Rachel and Demi that she admires their respective relationships and the fact that they both found love on the show. She told the co-hosts, “I went into ‘Paradise’ and I was open. Your relationships give me hope that it is possible to find love on TV. It just didn’t work for me.”

(Demi joked about her fiancée Kristian Haggerty, “I had to bring mine from home.” Rachel married Bryan Abasolo, whom she met on Season 13 of “The Bachelorette” in 2017, on August 24.)

For now, Kristina’s not sure how her future in Bachelor Nation will look. She explained, “I don’t think I want to do any more ‘Bachelor’ shows, but I also said that about ‘Paradise,’ and here I am.”

Earlier in the podcast, Kristina talked at length about her mindset heading into “Paradise” this year and why she wanted to focus on being “strong,” although that attitude didn’t always come across to the viewers.

She said, “Going into ‘Paradise’ this time, I wanted to have fun. It was way too serious last time and I was very vulnerable… I was open to meeting someone, but ultimately I wanted to have that strength to come back. I don’t know what happened. I had fun and a lot of great friends.”

Blake is one such friend. Kristina told Rachel and Demi that she asked Blake out on her first day there as “a friendship date.” At the end of the season, however, Blake hoped to move out of the friendship box and into something more serious. Kristina said she was “really shocked, and I didn’t know how to respond to that” when he professed his feelings.

She thought about a relationship with him for a moment, but “too much has happened.” She said, “Imagine building a brick wall and the first brick is Caelynn, then Hannah [Godwin], then Tayshia [Adams]. I just removed myself too far. I also didn’t want to be a fourth option.”

According to Kristina, she and Blake are “still friends” and she “will always care” about him. Right now, though, she’s focusing more on one person in particular: herself. “I think I invest so much time in caring for somebody else and not caring for myself,” she said. “I’m a good friend and I am very loyal. I will stand by you, but ultimately I need to care for myself.”

Don’t miss the rest of Kristina’s interview with Rachel and Demi, and be sure to subscribe to “Bachelor Happy Hour” on Apple Podcasts, Spotify, or wherever you listen to podcasts.