The boys are back in town!

A group of Bachelor Nation men convened Thursday night to enjoy a “boys’ night out” in Denver. Colton Underwood, Blake Horstmann, Clay Harbor, Chris Bukowski and some of their friends partied it up at a Walker Hayes concert at The Grizzly Rose bar.

Along with dancing and singing to live music, their night included riding a mechanical bull, which offered mixed results for the “Bachelor in Paradise” alums.

Based on their photos and videos posted on social media, the men had a blast reuniting and hanging out at the bar. Blake joked in one Instagram Story video that this was “the kind of reunion I can enjoy.” It definitely looked less emotionally taxing than the “Paradise” reunion after the Season 6 finale!

(Blake opened up on two episodes of “Bachelor Happy Hour” about his tough time on “Paradise” this year and how he went to a “dark place” after receiving endless hate online. Not even his grandma was immune from DMs about his actions.)

Chris was lovingly referred to as some sort of grandfather/Father Time of Bachelor Nation, especially because he’s been on six iterations of the show. Not even “Bachelor in Paradise” producers could resist poking fun at him in his chyron descriptions over the course of the season. His segment on the “Paradise” introduction also showed him walking down the beach with a walker. Is 33-years-old actually 133 in Bachelor Nation years? We can have Chris answer that one.

Clay tweeted a photo of the large group of guys and wrote, “We’re starting a boy band…”

Colton took it upon himself to make fun of Blake and his happenings at Stagecoach last year, which took center stage during this season of “Paradise.” Colton re-tweeted the picture and quipped, “We are also performing at Stagecoach. Blake will probably be late to the set tho.” 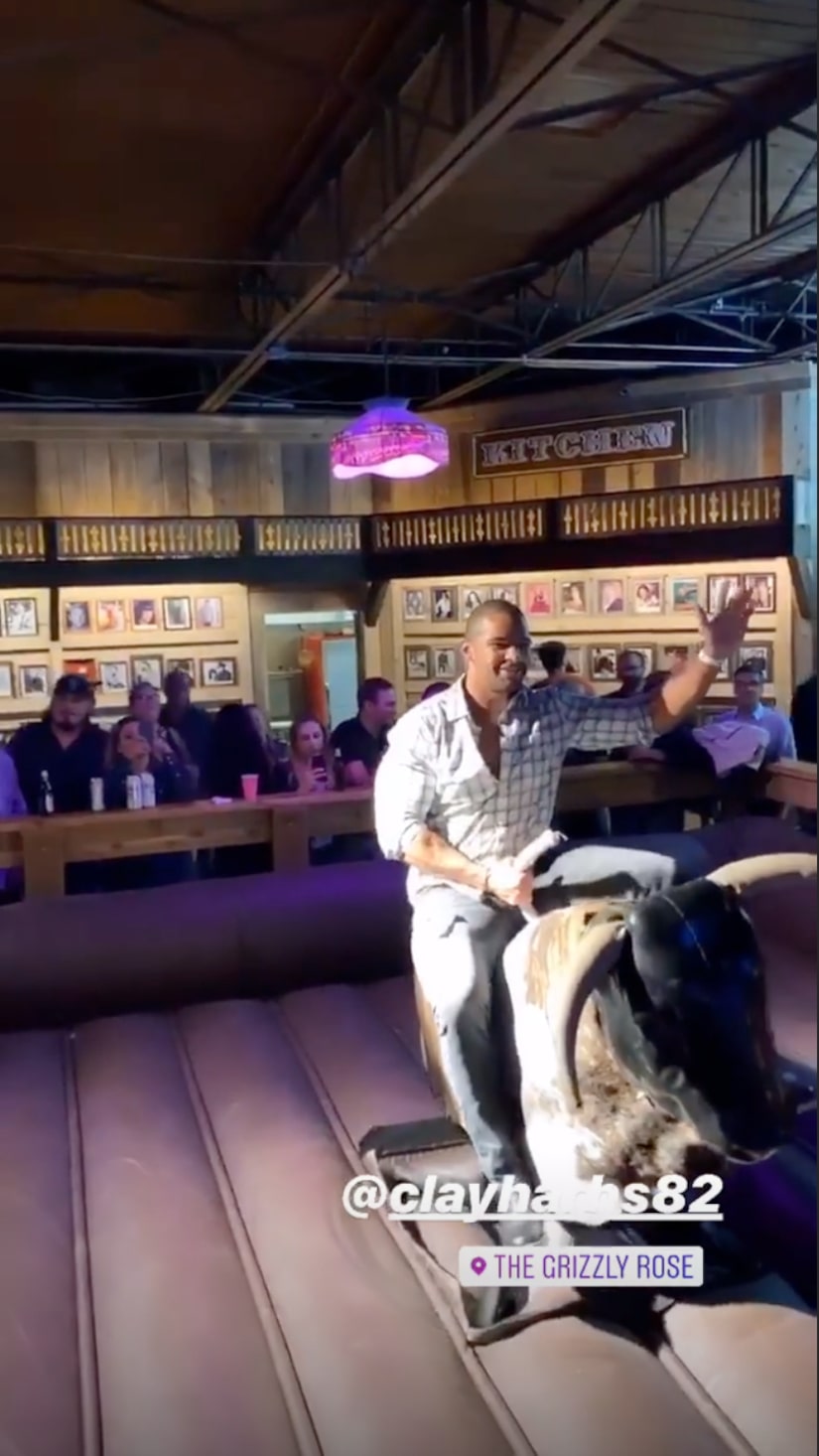 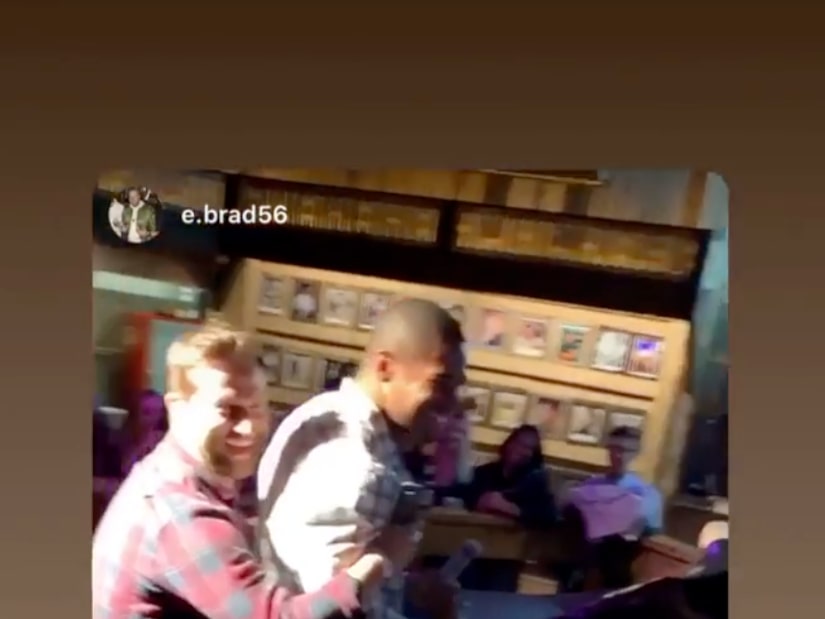 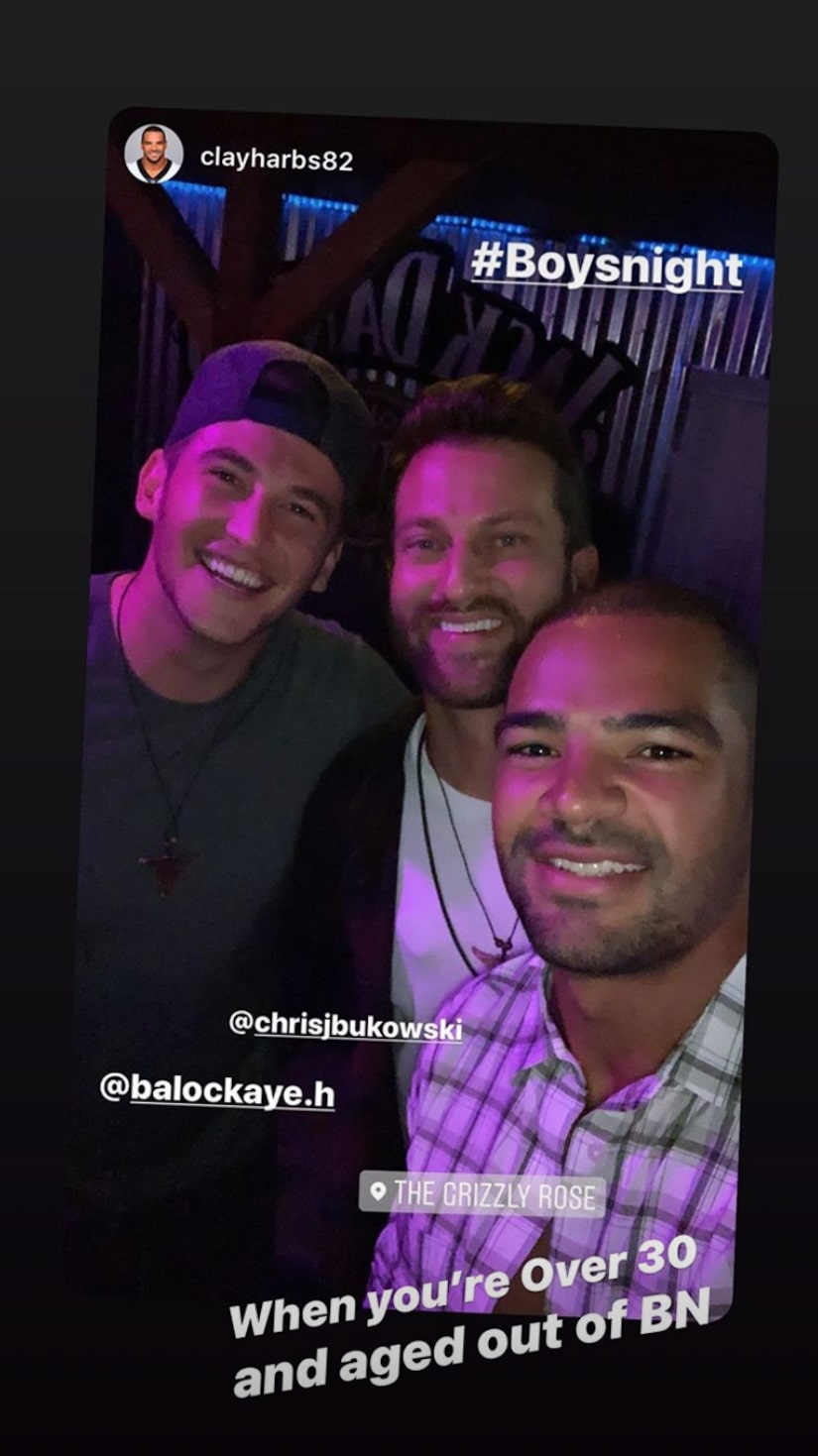 Here’s to hoping we’ll see more of these reunions in the future!