Can you spot the differences?

Caelynn Miller-Keyes posted side-by-side photos of her boyfriend Dean Unglert on Instagram and they’re nearly identical — save for a few small details. She captioned it, “July vs. October.” Dean shared the picture on his Instagram Story and wrote underneath it, “a lot can change in 3 mos.”

In the two pictures, Dean wears the same taupe T-shirt with his camera strapped across his chest. He’s also smiling in front of water in far-flung locations: The first one is by a canal in Venice, Italy, and the second is in front of a pool in Maui. The main differences revolve around Dean’s hair: His mane is a fair bit longer in the bottom photo, and he’s also sporting his infamous mustache.

Dean and Caelynn have been traveling around the world together (both in the van and out) since their time on “Bachelor in Paradise.” In July, both Caelynn and Dean posted photos from similar locations in Europe, but never together, because their gallivanting across the continent took place before Season 6 of “Paradise” premiered. 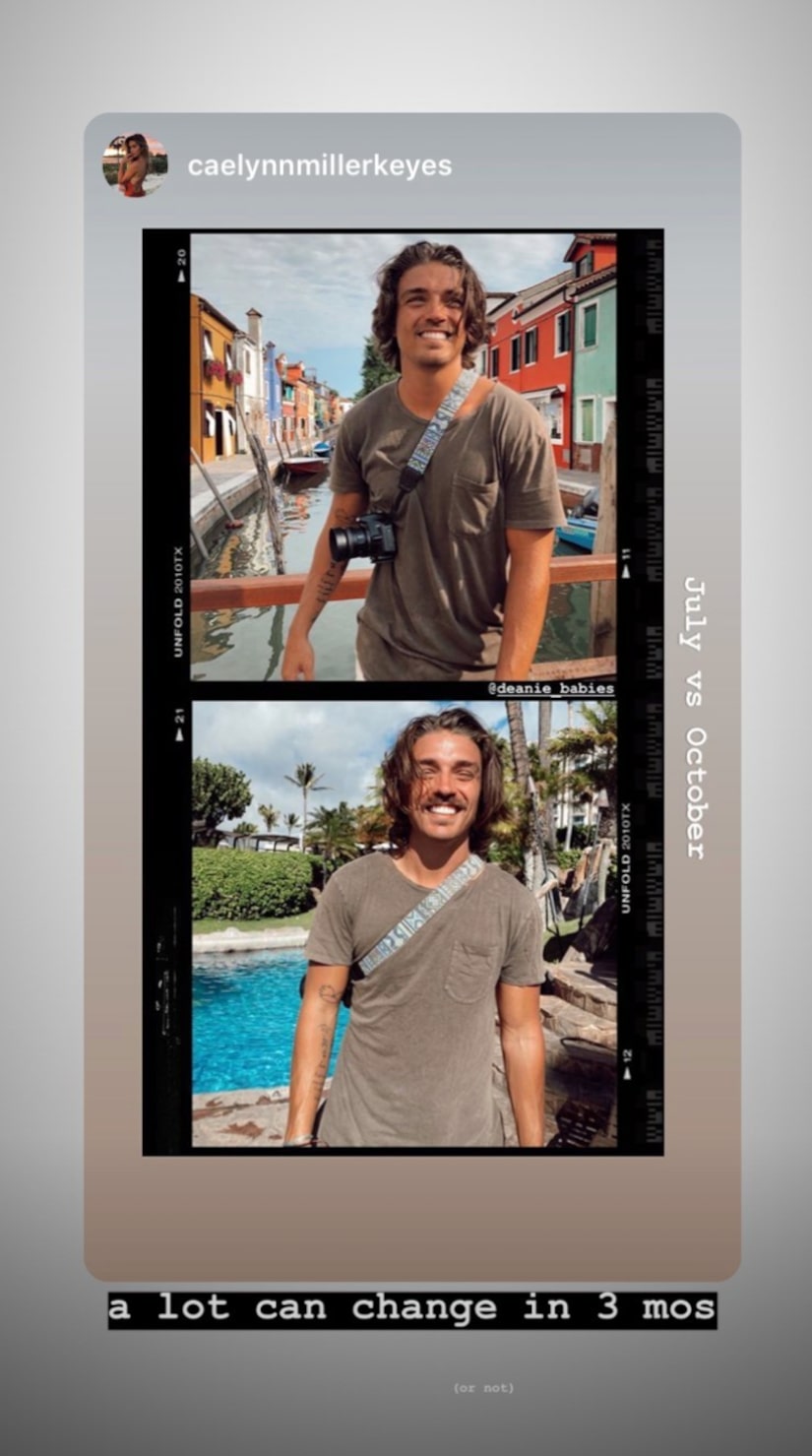 They left “Paradise” as a couple after Dean returned to Mexico and asked her to take him back. They look happy and very much in love in their photos together — Caelynn even admits to liking “van life”!

He explained to the co-hosts, “All the people that I’ve dated publicly from the ‘Bachelor’ franchise — I’m not going to name names — but they’ve always been regarded as these great women. They are great people.”

However, fans would repeatedly comment on his relationships and tell the women that they were “slumming it to be with me.”

With Caelynn, Dean doesn’t mind that she’s sometimes seen as “a mean, catty person” because “it removes so much pressure from me to try to prove to other people that I’m worth your time.”

Additionally, he told Rachel and Ali that his “favorite thing” about Caelynn is her sense of humor. “The great thing about Caelynn is that she is an intelligent person and dynamic enough to take my humor in and spit it right back at me,” he shared. “I’m actually enjoying my time I’m spending with her because I’m not having to filter what I’m going to say because I’m not worried I’m going to offend her.”

Sure, “a lot can change” in three months, but one thing that hasn’t changed is their affection for each other.