Chris Bukowski was quick to answer when asked to name his favorite trait in fiancée Katie Morton.

The well-seasoned Bachelor Nation veteran joined Nick Viall on his podcast “The Viall Files” to discuss their (many) times on various “Bachelor”-related shows, as well as Chris’ “Bachelor in Paradise” engagement. Nick even poked fun at their numerous attempts at finding love on TV. The podcast host Instagrammed a picture of them and captioned it, “He walked so I could run.”

Nick asked Chris, “What’s your favorite thing about Katie?” and he replied instantly.

Chris then elaborated: “When we have conversations, they’re effective. I always feel like there’s always a solution at the end of the conversations, whether it’s something we disagree or agree on. She’s someone that really thinks about the things she’s going to say, and I respect that.” 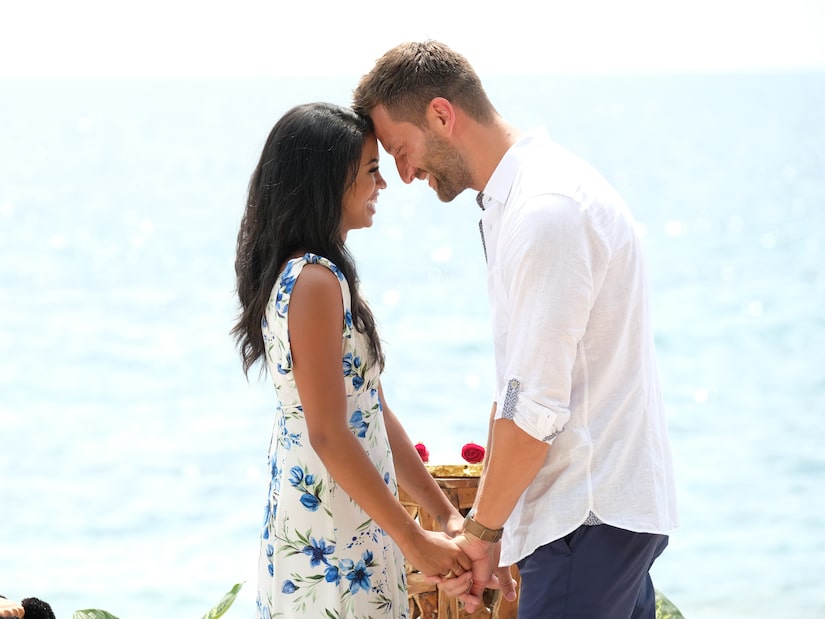 Katie’s frank nature isn’t the only thing the 33-year-old appreciates. He told Nick, “She’s so selfless. She cares so much about me, her friends, and her family. I’ve never met someone as selfless as her.”

Plus, on a physical note, “her eyes are ridiculous.”

Chris explained that he didn’t go into “Paradise” Season 6 envisioning himself leaving an engaged man. He said, “Obviously, I went in hoping I would meet somebody, and I did. I’m glad I did. I don’t think you can ever walk in there and think, ‘I’m leaving this show engaged.’”

He continued, “I was lucky enough to have a good relationship with Katie on the show. There’s a lot that people didn’t see, too. It’s a battle. It’s definitely a battle to get there. There are so many obstacles you don’t see when you’re there. It was a hell of a ride.”

As “Paradise” fans may recall, Chris and Katie had a tense conversation in the hot seat with Chris Harrison during the finale. Katie said she wasn’t feeling like her effort was being reciprocated, and she was “exhausted” by it. The show ended with the pair walking their separate ways, leaving many people wondering about the fate of their relationship. According to Chris, they’re still together and doing just fine.

Chris said their conversations on and offstage weren’t easy. Nick asked if Chris was “surprised” by what Katie said onstage, and he affirmed that. He said, “It’s very challenging, and we’ve had the conversations of, ‘We’ve got to do this, that, and be better.’ At the finale, I had this feeling that it wasn’t going to be as smooth as I thought it was going to be. I thought we were going to go up there and talk about the things we need to work on, the good things, and where we see our future.”

He’s ultimately “thankful” that their “Paradise” finale conversation happened the way it did, because it helped them grow as a couple. Chris shared, “It was a wakeup call for me. We both deserve the best of each other, and we’ve started to commit to each other 110 percent.”