Monday, November 4, was a momentous occasion for Hannah Brown on “Dancing with the Stars” — the Season 15 Bachelorette and her dancing partner Alan Bersten finally received not one, but two, perfect 10s for their quickstep to a cover of Tom Petty’s “American Girl.”

Judge Carrie Ann Inaba, who was critical of Hannah last week, and judge Bruno Tonioli both gave them a score of 10, while Len Goodman gave them a 9. Carrie Ann went so far as to call their dance “the comeback of the season.” Not too shabby!

Hannah had returned to the “DWTS” stage with a new outlook and mentality. She went back to her home state of Alabama for a brief trip, which refreshed her and gave her a newfound sense of confidence. She told Us Weekly on Monday after the show, “First of all, I danced to my favorite song ever and got to go back home and be with the people that made me who I am today.”

The 25-year-old said going back home was “necessary” because it helped her find “that second wind.” She told Us Weekly, “I want it to be my story and I want it to feel like me and every week. I wanted to go out there and showcase a little piece of my heart, and I didn’t feel like I was doing that. I think that people could see the disconnect in that, and I could feel it too. I never want that to be an issue.”

She found herself more able to “connect with other people in the audience,” and felt “really glad” about the opportunity to do so.

Hannah’s homecoming occurred at an important time for the Season 15 Bachelorette. She’s shared plenty of times about her struggles of adjusting to life in Los Angeles, and also about how she feels homesick. On the October 21 episode, Hannah opened up about missing “the simplicity of home.” She said in a pre-recorded video that week, “I just miss being on my couch with my mom and my dad watching a movie after dinner and playing with my dogs… There’s nothing like being home. Trying to navigate this new life on my own in L.A. has been really challenging.”

The former Miss Alabama USA struggled last week during the Halloween episode and her jazz dance to “Bad Girls.” Carrie Ann told Hannah after her dance that she looked “disconnected from the movements” and pushed her to “open up and let it go raw.” Hannah was upset after the judges panel and wrote about her feelings on Instagram the next day. She called her time on “Dancing with the Stars” thus far “harder than I could have ever imagined.” 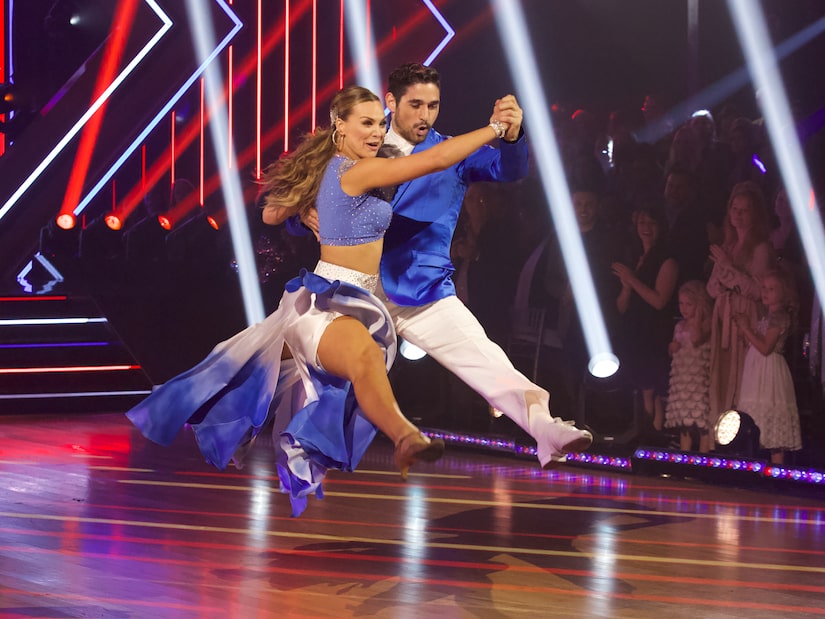 In her caption, she wrote, “When I decided to do DWTS I thought it would be a fun way to channel all my energy after a whirlwind experience as the Bachelorette. I was hopeful that the confidence I gained this year to take pride in the woman I have become would have the opportunity to shine, and I’d feel that reboot in my spirit after it took a bit of a beating after my bachelorette season.”

“I came into this experience a little broken and confused—more than I’ve shared," she continued. "Everyday has brought its challenges with my past, my fears, and the uncomfortableness of opening myself up again to be judged on something VERY scary like learning a new skill to perform each week. Last night was really defeating for me and a lot of suppressed emotions started to surface from this amazing, but grueling experience."

Hannah expressed she feels her “best when I feel like I have the opportunity to share my heart with others,” and she acknowledged there really was “a disconnect.” She called the show her “focus and passion right now” and said she’s been “busting my ass.”

Hard work pays off, and Hannah and Alan proved exactly that during their quickstep this week. Congrats!